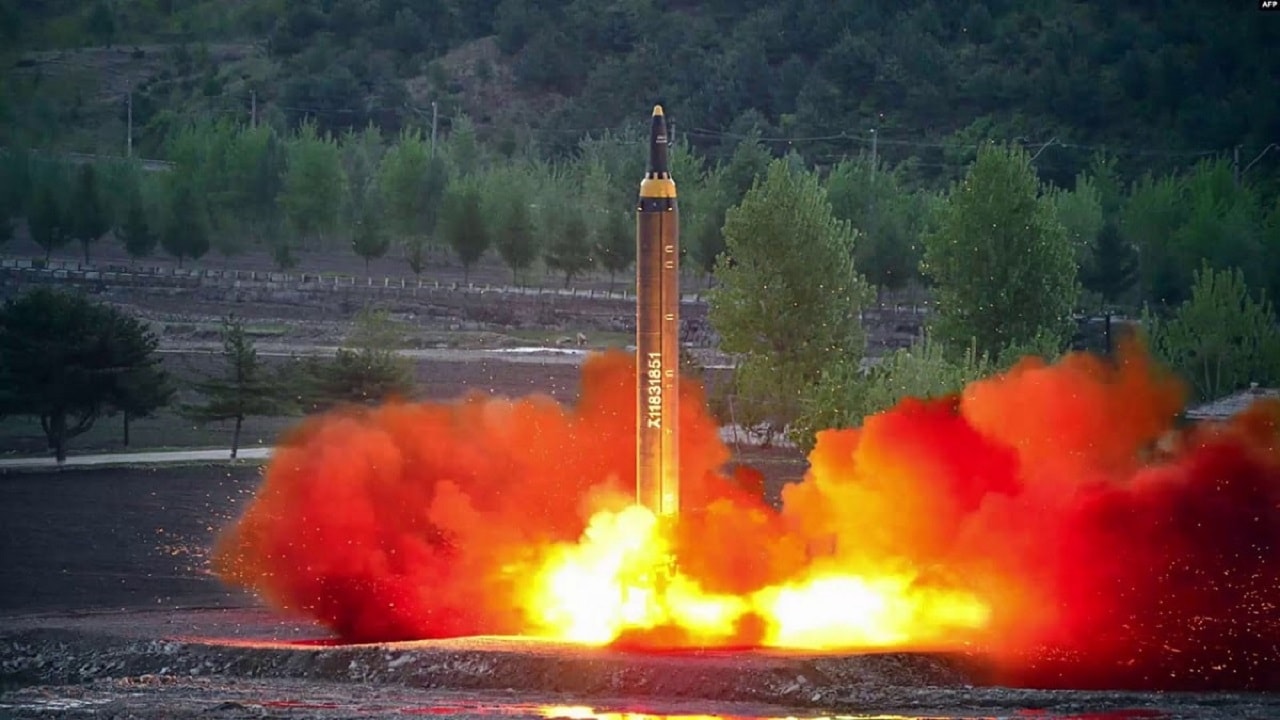 The Other North Korea Nuclear Threat: Chinese President Xi Jinping has stipulated a “three nos” policy for the Korean Peninsula: no war, no chaos, and no nuclear weapons. So far, he’s two for three. In fact, Beijing has largely been willing to overlook North Korea’s growing nuclear arsenal based on the assumption it does not pose a direct threat to China. The risk, however, is that Beijing’s very commitment to the “three nos” might one day render this assumption false. If the North Korean government was poised to collapse, or to launch an attack on South Korea, Beijing would be tempted to intervene in order to prevent chaos or war. In doing so, they might also seek to forcibly secure North Korea’s nuclear weapons. Which is exactly when Pyongyang would be tempted to use them against China. 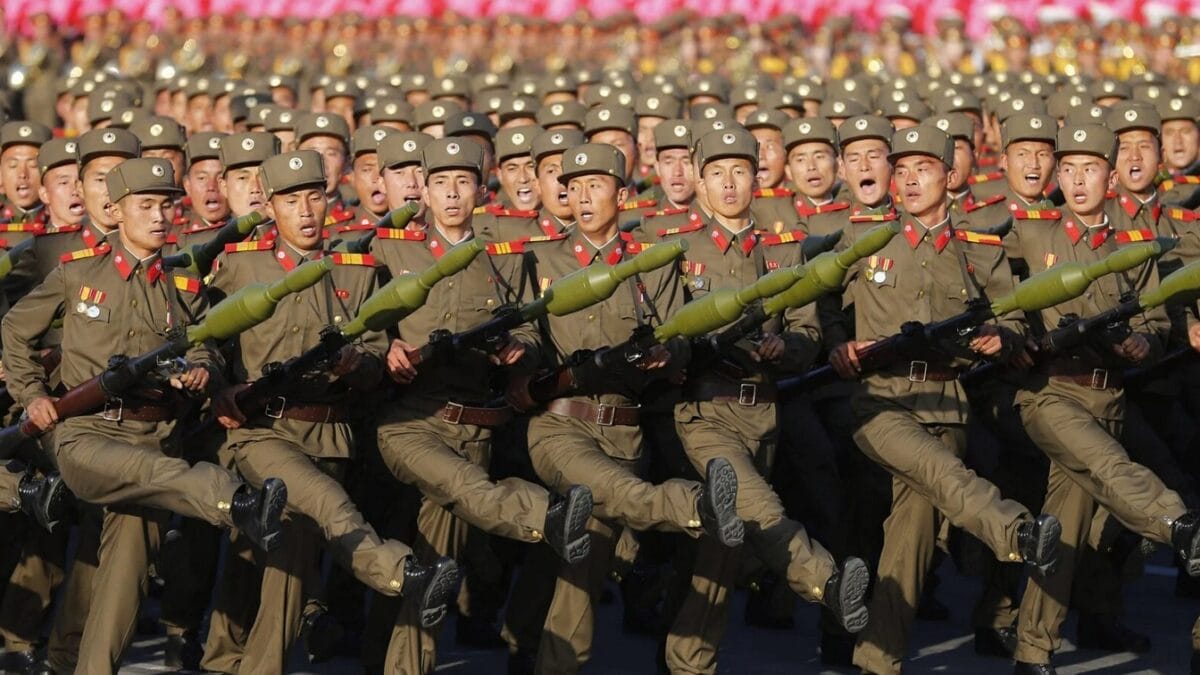 The China-North Korea alliance is contentious. North Korean Supreme Leader Kim Jong-un has always been leery of China’s true intentions and suspicious of Beijing’s attempts to control North Korea. The cracks in the alliance have deepened in the last seven decades and will likely continue to do so as Kim builds and tests more nuclear weapons against Beijing’s wishes. The Hermit Kingdom’s juche ideology stresses self-reliance not only in relation to the Western world but also in relation to its dependence on Chinese protection. For Kim, nuclear weapons are the ultimate form of self-reliance. What’s more, his regime’s ideology is explicitly anti-sadae, meaning that it opposes serving the needs of great powers. This also includes serving China in return for protection against other foes. In 2018, a high-profile member of the North Korean elite declared that “although Japan is a century-old enemy [of North Korea], China is a thousand-year-old enemy.”

Recognizing the volatility of Pyongyang’s relationship with Beijing does not necessarily mean that China will be eager to work with the United States to contain North Korea. Rather it increases the risks that any military contingency on the peninsula poses for U.S. and South Korean forces — both of getting caught in a nuclear crossfire and of inadvertent escalation with China. To forestall this risk, Washington and Beijing should lay the groundwork for improved communication and coordination in any future Korean contingency.

When Would North Korea Be a Threat to China?

Beijing has long feared that a conflict on the Peninsula would create collateral damage for China, such as a North Korean refugee crisis and even the possibility of radioactive fallout floating into Chinese territory. However, Beijing has avoided addressing the possibility that Kim’s nuclear weapons could pose a direct threat during a future Korean contingency where Beijing intervenes as a third-party actor.

As Beijing continues its path toward regional and global preeminence, having a bellicose nuclear neighbor with little respect for its “big brother” does not help — particularly when that neighbor’s nuclear activities risk pushing other neighbors to go nuclear. In the words of Andrew Scobell, a senior political scientist at the RAND Corporation, Beijing sees Pyongyang as a “troubled teenager lacking adult supervision who lives right next door in a decrepit old house with a large arsenal of lethal weapons” and whose “strong self-destructive tendencies” might damage China’s “newly remodeled mansion.”

Nonetheless, Beijing knows that it can do little to curb Kim’s relentless nuclear ambitions, so it seeks to maintain the status quo. Beijing hopes to remain on amenable terms with its uncontrollable “little brother” in the hopes of preserving stability within North Korea and preventing regime collapse. However, this strategy may have an impending expiration date.

Were Kim to launch a diversionary attack on South Korea to avert an internal coup, Beijing would almost certainly intervene to secure its interests. China has made it clear that it will not be coming to North Korea’s aid if Pyongyang initiates a conflict against South Korea and the United States. Instead, China would be concerned about the collateral damage, as well as the U.S. military response this would invite. Therefore, the best course of action for Beijing would be to either prevent or contain a North Korean attack. 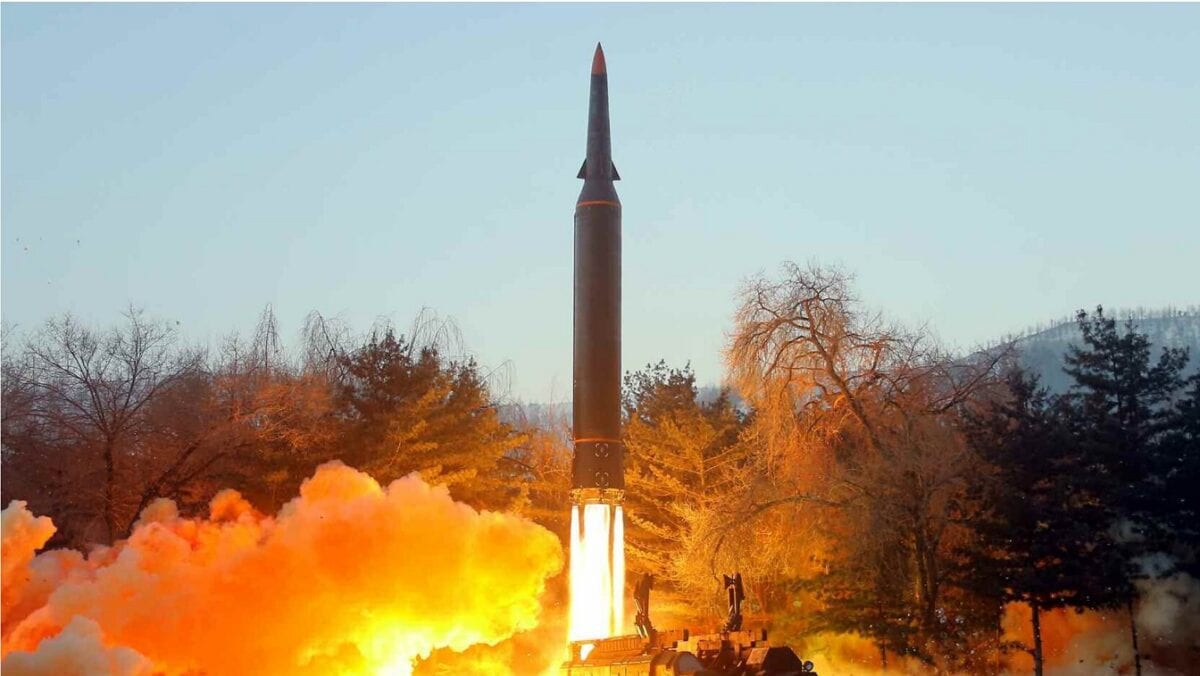 But Beijing’s lack of support for Pyongyang — let alone a potential effort to prevent an attack against Seoul — would create further tension and distrust. Kim may even worry that Beijing would take advantage of a conflict by attempting to install a puppet leader or expand its territory by sending forces into North Korea under the guise of stabilization.

Pyongyang has good reason to be concerned about this. Prominent Chinese military authors have argued that commanders should use crises as “windows of opportunity” to advance national interests. Beijing may feel compelled to take advantage of Kim’s vulnerability to create more favorable conditions. But having China, a thousand-year enemy of the Korean people, take over North Korea could be just as, if not more, unacceptable to Kim than having the United States do so. Under such circumstances, Kim may conclude it is necessary to threaten Beijing with nuclear weapons to deter Chinese intervention.

The Case for Entering Nuclear Threshold

Of course, Beijing would likely be quick to try to seize or destroy Pyongyang’s nuclear weapons during any North Korean contingency. However, Beijing should not be so quick to assume that such intervention will not be met with strong pushback. The People’s Liberation Army is vastly superior to the Korean People’s Army, but this is exactly why the Kim family has built weapons of mass destruction. Nuclear weapons have become the regime’s ultimate tool to thwart great power influence and maintain its sovereignty. Moreover, unless Beijing has exceptional intelligence and knows exactly where all of Kim’s nuclear weapons are, Chinese forces may not be able to seize or destroy all of them. This would leave Pyongyang with the opportunity to strike back against Beijing with some of its remaining forces.

Would Kim really dare to do so when Beijing maintains clear nuclear superiority? It’s possible. After all, Washington still considers Pyongyang’s nuclear weapons a threat despite America’s substantial nuclear superiority. Moreover, nuclear parity and superiority may not be as salient when Pyongyang can hold one to two major targets hostage to deter intervention. To establish deterrence, Kim simply needs to be able to threaten unacceptable losses and communicate his willingness to follow through. The nuclear asymmetry between the United States and North Korea has not prevented Kim from building more weapons, nor has it prevented Kim from threatening to use them against the United States. Moreover, Pyongyang has many more short-range and medium-range ballistic missiles than it does intercontinental ballistic missiles, and Beijing is geographically closer than Washington.

The regime’s aggressive push to amass a more expansive and capable nuclear arsenal signals its desire to double down on this strategy. Some experts estimate that Kim could have more than 200 nuclear warheads by 2027. As North Korea develops survivable retaliatory strike capabilities, Pyongyang can engage in more saber-rattling against both Washington and Beijing. On the precipice of regime failure, Kim might well be inclined to follow through on these threats. Kim’s nuclear weapons are synonymous with his survival, and any power that attempts to take them away would be operating under Kim’s nuclear shadow. Indeed, the risk is all the higher, because so far Chinese security experts have not taken the nuclear threat against Beijing seriously.

Why Should the United States Care About This?

Despite both having cause for concern, Beijing and Washington are no closer to seeing eye-to-eye on North Korea. Recently, one former U.S. Forces Korea commander argued that China needs to be included in future war plans for the peninsula. But the ongoing strategic competition between the United States and China makes political cooperation in a future North Korea contingency difficult. However, the failure to plan a contingency that includes the threat or actual use of nuclear weapons against China could lead to catastrophic results for all parties. Moreover, as Beijing continues to expand its economic and political influence in the region, the stakes for having a stable and conflict-free Korean Peninsula will become even higher. Therefore, strategists in Beijing and Washington should both be thinking about how to deal with an increasingly bellicose Kim armed with plenty of nuclear — not to mention chemical and biological — weapons. 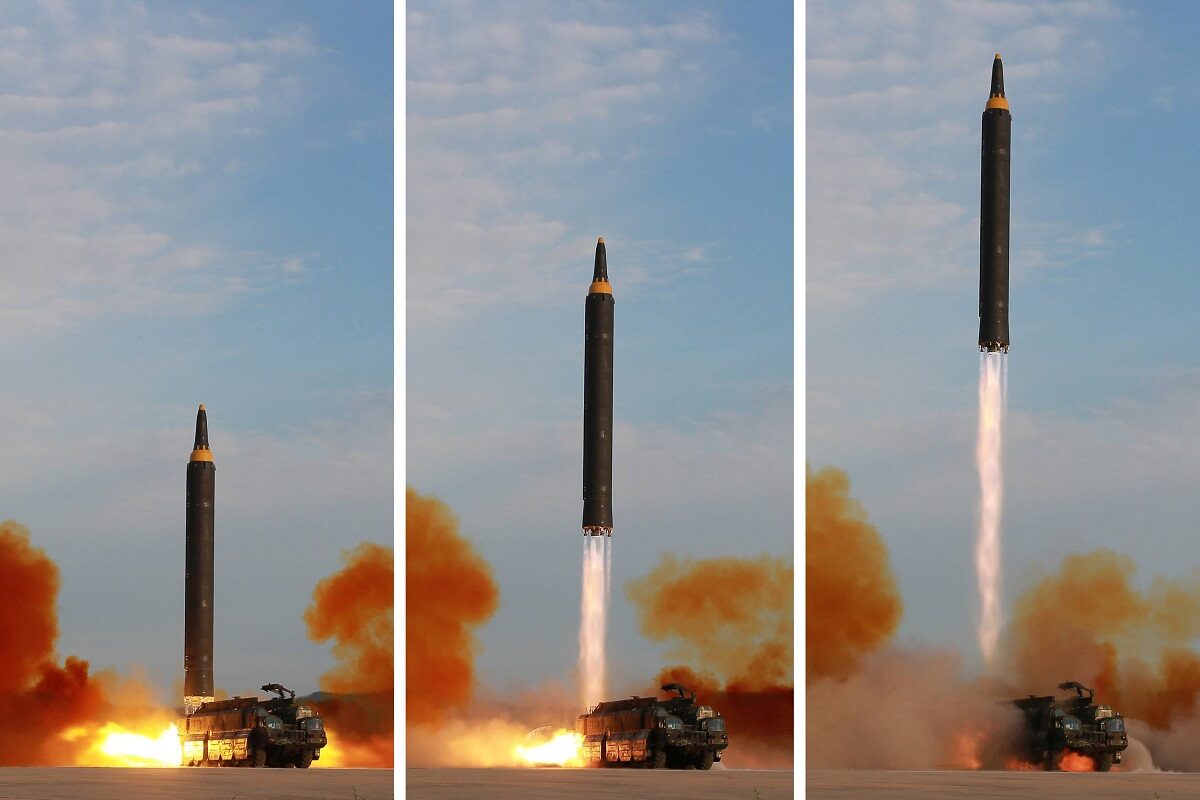 Some optimists may conclude that the risk of Kim targeting China is simply another problem for Beijing. But it is just as important to examine the dangers for the Combined Forces Command as well. If U.S. and Korean soldiers find themselves caught in the crossfire between China and Korea, this could lead to serious collateral damage. Moreover, lack of coordination and communication between China and the Combined Forces Command during a nuclear crisis could even lead to inadvertent escalation. For instance, Beijing might mistakenly believe that Combined Forces Command anti-missile capabilities aimed against North Korea were targeting Chinese forces — a risk that was already demonstrated during the 2016 THAAD disputes.

Chinese intervention in a future North Korean contingency creates both problems and opportunities for the United States. If China can see that Pyongyang’s nuclear weapons directly threaten its own national security, it could take North Korea’s nuclear threat more seriously. Washington and Beijing could then share the burden of containing Kim’s nuclear ambitions, perhaps even working together to build future contingency plans for the peninsula. Conversely, if Beijing sees Pyongyang’s nuclear weapons as a threat, but decides to continue formulating its own plans for a future North Korean contingency, there is still considerable value in pushing for improved communication. Considering Beijing and Washington’s competing interests and deepening distrust for each other, mitigating the risk of accidental escalation and collateral damage should be a priority for both sides.

Diana Y. Myers is a former Air Force Ph.D. fellow at the RAND Corporation and holds a Ph.D. in public policy analysis. A more detailed analysis of this issue can be found in her doctoral dissertation, “Thinking About the Unthinkable: Examining North Korea’s Evolving Military Threat Against China.” She currently serves as an active-duty officer in the United States Air Force.

The opinions presented in this article are entirely her own and do not represent the views of the U.S. Air Force or of the U.S. government.

Diana Y. Myers is a former Air Force Ph.D. fellow at the RAND Corporation and holds a Ph.D. in public policy analysis. A more detailed analysis of this issue can be found in her doctoral dissertation, “Thinking About the Unthinkable: Examining North Korea’s Evolving Military Threat Against China.” She currently serves as an active-duty officer in the United States Air Force.