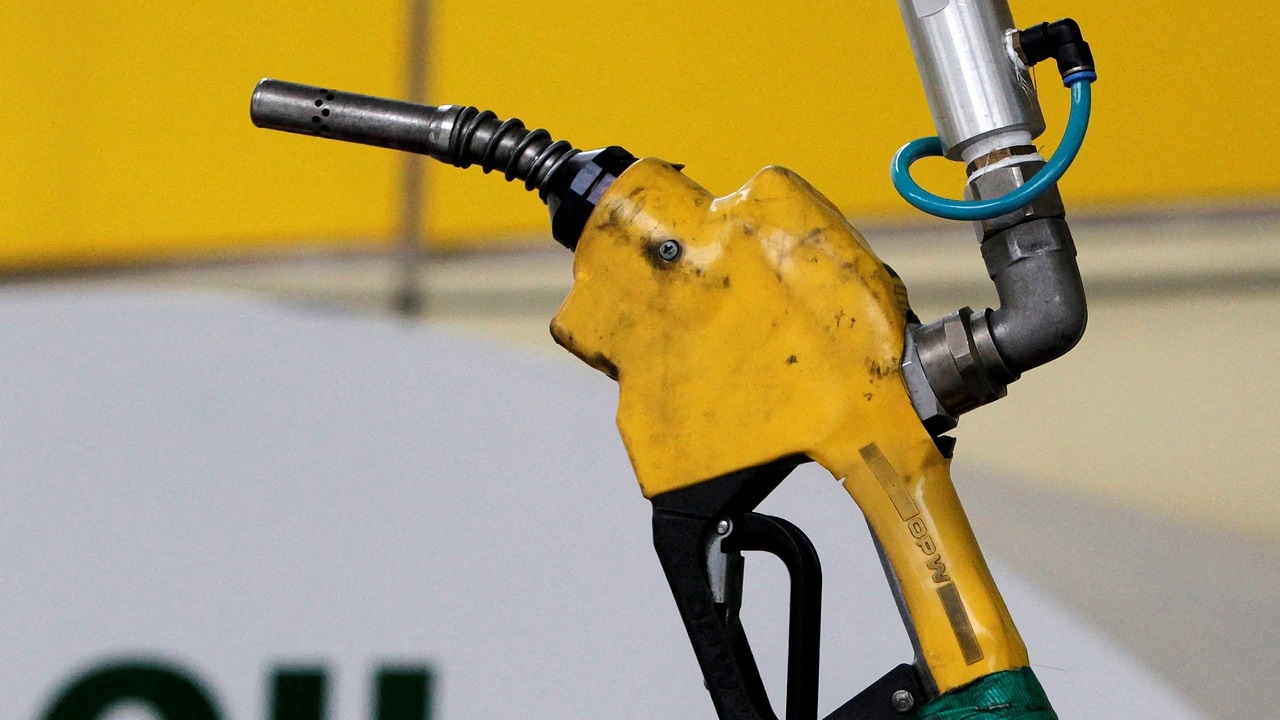 FILE PHOTO: A gas pump is seen hanging from the ceiling at a petrol station in Seoul June 27, 2011. REUTERS/Jo Yong-Hak/File Photo

And unless President Joe Biden reverses his energy policies, we’ll soon be experiencing the same problems.

But a recent study tells a very different story. Heritage Foundation researchers have concluded that, over the next 18 years, Biden’s energy policies will result in $7.7 trillion in lost in GDP and 1.2 million fewer jobs.

But don’t take the experts’ word for it. Just look to Europe, which is further along in its government-imposed transition from conventional fuels to wind and solar power.

Germany is a good example of what happens when governments force consumers and businesses to rely on unreliable energy sources that are not yet commercially viable. The Association of German Chambers of Commerce and Industry reports that industry pessimism about the economy is as severe now as it was during the 2008 financial crisis and the initial covid lockdowns.  Seventy-eight percent of businesses surveyed identified rising energy and raw material prices as one of the biggest risks they face, contributing to expectations that their businesses would deteriorate.

Another survey found that nearly 25 percent of Germany’s small- and medium-sized businesses are considering or actually relocating parts of their operations to another country.

Germany is transitioning to renewables and is purchasing natural gas from Russia, which has drastically reduced supplies. This is similar to President Biden’s plan to cut off domestic supplies of affordable and abundant fuels like gas and coal and force a transition to renewables while seeking to artificially ease the short-term pain by increasing imports and tapping the Strategic Petroleum Reserve.

Germany’s approach was to force a transition from conventional fuels and nuclear energy to less dense sources of energy such as wind and solar.  This left the country unable to generate the power needed to fuel its modern industrial economy, forcing it to turn to foreign suppliers.

At the start of the year, Russia supplied over half of Germany’s natural gas. Now that Russian gas has drastically reduced supply, Germany is struggling.

This dynamic is playing out across Europe. According to Goldman Sachs, Europe is entering an energy crisis that will be even worse than the 1970s.  Goldman analysts forecast the typical European family’s energy bill next year will be three times what it was in 2021.

There is no doubt that geopolitical turmoil, such as Russia’s war on Ukraine, can spark price spikes. But policies that restrict gas, oil and coal development, both in the United States and Europe, exacerbate and extend energy price hikes and can create full blown energy crises.

European politicians disregarded citizens’ demand for affordable and abundant energy, opting to discourage traditional power generation in favor of their preferred “green” alternatives.  As market power shifts away from consumers and toward government, private investment often follows.  The result in Europe was under-investment in gas, oil, coal and nuclear. The money flowed instead to less reliable sources like wind and solar, which generally only operate under certain weather conditions.

European politicians realized they would face a voter revolt if citizens had to pay the full price of this policy, so they tried to ease the pain of transition by turning to what they believed would be a reliable source of energy: Russian oil and gas.

This was manageable, until Putin started shutting off natural gas supplies.

That’s enough coal and natural gas to power European homes and businesses for many decades.

Europe’s energy woes have little to do with access to affordable, reliable and clean energy and everything to do with pushing unrealistic energy policy choices. And European families and businesses are paying a steep price for those poor decisions.

President Biden has set America on the same, misguided path. Unless he changes course, we will wind up in the same, sorry predicament.

Jack Spencer is a senior research fellow in The Heritage Foundation’s Center for Energy, Climate, and Environment.

Jack Spencer is a senior research fellow for energy and environmental policy at The Heritage Foundation.