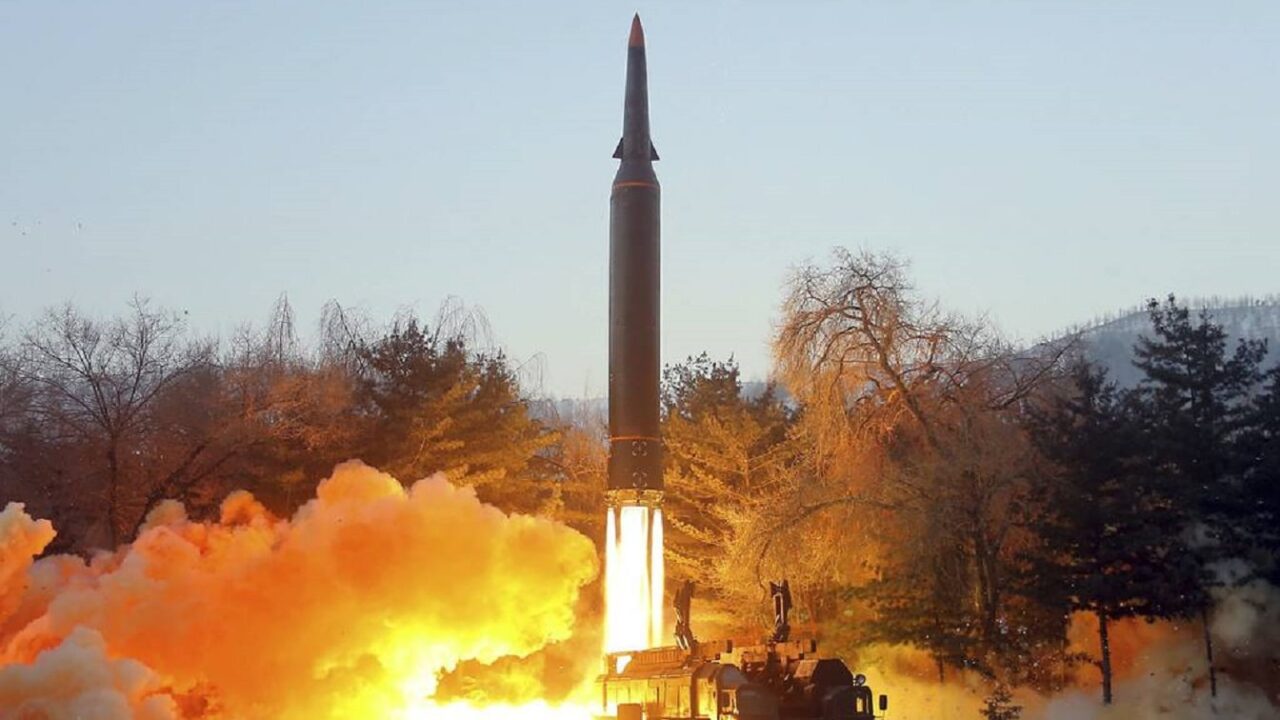 Xi is Already Playing Biden like a Fiddle on North Korea: Just weeks after President Joe Biden took his oath of office, he dispatched Secretary of State Anthony Blinken and National Security Advisor Jake Sullivan to Anchorage to meet State Councilor Wang Yi and Chinese Communist Party foreign affairs chief Yang Jiechi. It was an unmitigated disaster. Wang and Yang were a decade older than Blinken and almost a quarter century on Sullivan, and both Chinese officials had occupied their portfolios for years. Both Chinese functionaries immediately put their neophyte American counterparts on the defensive with over-the-top criticism. It was a choreographed move that harkened back to pre-Kissinger outreach in Warsaw and Geneva. Ambassador Ural Alexis Johnson, who represented Washington at some of these talks in the 1950s, later concluded, “Washington was slow to recognize either [Chinese Premier] Zhao Enlai’s brilliance or his game plan. If we had, we might have been able to avoid some of the difficulties of the next three decades.”

Certainly, Chinese President Xi Jinping, who looks to the late Communist Chinese Revolutionary Mao Zedong for inspiration, has a game plan but while Xi pursues a 100-year marathon to replace the liberal order with China-dominated hegemony, Blinken and Sullivan continue to act as if they have a tabula rasa upon which to construct policy.

The failure to appreciate history is evident in the belief by Biden’s team that they can use the Xi-Biden meeting to win Chinese assistance to restore order to the Korean Peninsula, where North Korean leader Kim Jong-un again launches missiles over Japan and threatens new nuclear tests.

The problem is that both Biden’s team and his predecessors have repeatedly tried to leverage Beijing against Pyongyang, always without success. In March 2021, for example, Blinken argued, “China has a critical role to play in working to convince North Korea to pursue denuclearization.  China has a unique relationship with North Korea. Virtually all of North Korea’s economic relationships, its trade go – are with or go through China, so it has tremendous influence.  And I think it has a shared interest in making sure that we do something about North Korea’s nuclear program and about the increasingly dangerous ballistic missile program.”

In Dancing with the Devil, my history of past U.S. diplomacy with North Korea and other rogue states, I outline a now nearly 40-year history of attempts to work through Beijing to address North Korea’s provocations.

Chinese officials began acting as a diplomatic intermediary for North Korea during the Reagan administration when Chinese diplomats passed the American embassy in Beijing a message from their North Korean colleagues seeking tripartite talks.  Reagan’s State Department was interested, but felt used after, just a day later, North Korean agents sought to assassinate President Chun Doo Hwan and much of his cabinet during their visit to Burma.

In January 1984, Chinese Premier Zhao Ziyang again sought to bring the United States and North Korea together for tripartite talks. Beijing was no more sincere than before; North Korea’s Chinese patrons simply wanted to help Kim Il-sung to escape consequence for his attempt to decapitate the entire South Korean government.

While some in the State Department grasped at the notion Beijing might nevertheless nudge Pyongyang toward responsibility, reality showed this again to be naïve: In November 1987, two North Korean agents bombed Korean Air flight 858 killing 115, an attempt to disrupt the shine Seoul would receive for hosting the Olympics.

It was also during the Reagan administration that North Korea’s nuclear ambitions became apparent. Not only was the United States aware of the construction of a nuclear reactor at Yongbyon, about 60 miles north of Pyongyang, but spy satellites subsequently detected craters suggesting North Korea was experimenting with detonators to use with nuclear weapons. Reagan kept U.S. concerns secret, but his successor, George H.W. Bush, who had once been America’s top diplomat in Beijing, decided to put diplomacy front and center. Ultimately, this led to the signing of the North-South Denuclearization Declaration, in which both Koreas foreswore plutonium reprocessing and uranium enrichment and agreed not to test, manufacture, produce, possess, deploy, or use nuclear weapons. Baker was self-congratulatory. “American diplomacy [was] directly responsible for an end to six years of intransigence by the North,” he wrote in his memoirs.

While Baker congratulated himself, Beijing realized it could get more out of the Americans by keeping conflict alive. After North Korea defied the Denuclearization Deal, President Bill Clinton sought to leverage Beijing’s influence on Pyongyang. China’s cooperation came at a price: diluting Security Council’s condemnation to the point of irrelevancy and, subsequently, Security Council inaction after North Korea announced that it would remove irradiated fuel rods from Yongbyon, a move that would enable North Korea to separate plutonium. Meanwhile, Clinton sought separately to reward Beijing. He waived missile-proliferation sanctions on China. Chinese companies promptly sold sensitive technology to Iran.

As the 1994 Agreed Framework came apart at the seams, China’s rulers again sought to milk the United States in exchange a Chinese promise to keep North Korea under control. This time it was George W. Bush’s turn. Secretary of State Colin Powell sought to trade “actions for actions” by giving Pyongyang greater aid in exchange for keeping its reactor offline. Critics such as John Bolton suggested such a formula would incentivize bad behavior, but the National Security Council shut him down. China was now onboard, National Security Advisor Condoleezza Rice claimed. It was wishful thinking for which the entire region continues to pay the price.

Biden may believe he knows Xi and can work with the Chinese leader, but history matters. Xi looks down on democrats. Whether Democrats or Republicans hold the White House, he believes he can cheat with impunity. Not only does pride mean no U.S. president and his national security team would admit their own naiveté, but litigating deceit would extend past the end of the U.S. president’s term, at which point it would be Groundhog Day as the new president tried to reset relations with a blank slate.

And, while some surrounding Biden may try to draw a redline, here too precedent matters. China sees the U.S. abandonment of Afghanistan and Biden’s talk of ending “forever wars” as a sign the United States no longer has the stamina to run a 100-day marathon let alone a 100-year one. That Biden subsequently entertained ending the Korean War, a move that would mean the immediate withdrawal of U.S. forces from the Korean Peninsula, undercuts any effort by Biden to puff his chest out now. 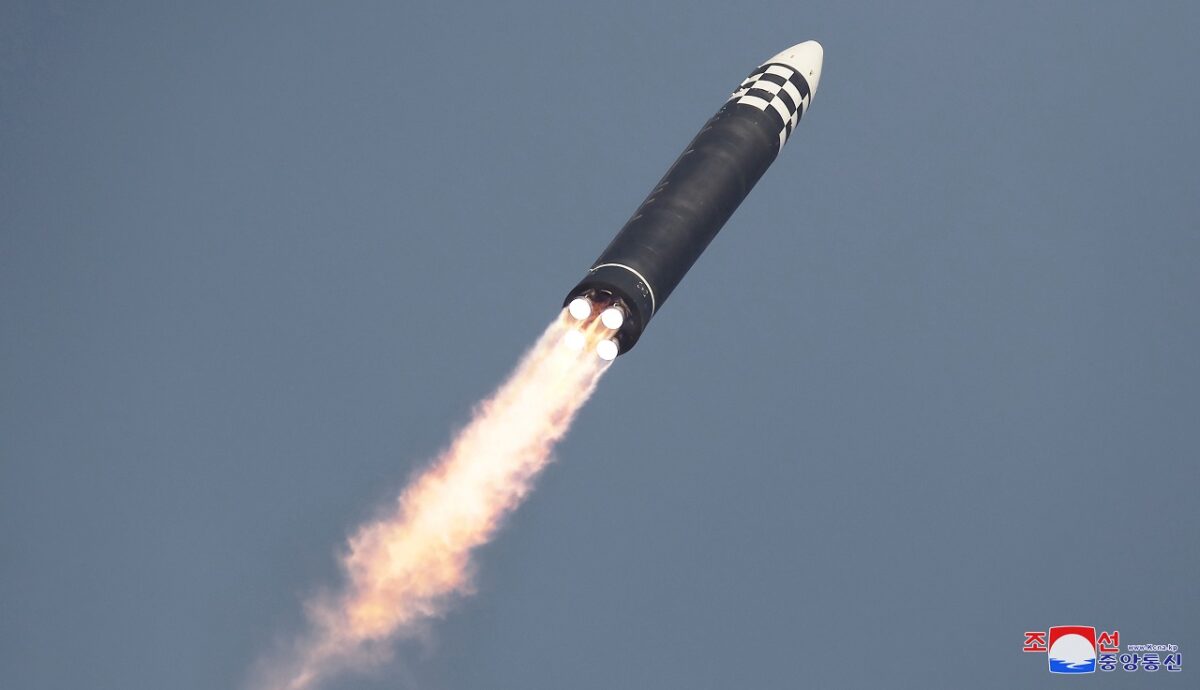 General view during the test firing of what state media report is a North Korean “new type” of intercontinental ballistic missile (ICBM) in this undated photo released on March 24, 2022 by North Korea’s Korean Central News Agency (KCNA). KCNA via REUTERS

For the past two years, Xi has played Biden like a fiddle. Xi’s team, meanwhile, views Biden’s team as incompetent naïfs. If Biden is to break that dynamic, it is time to speak softly, treat Xi with the disdain he deserves, and show through the Pentagon budget, unabashed support for Taiwan, and prolonged Carrier Strike Group deployments toward the Korean Peninsula and Japan that the United States means business.