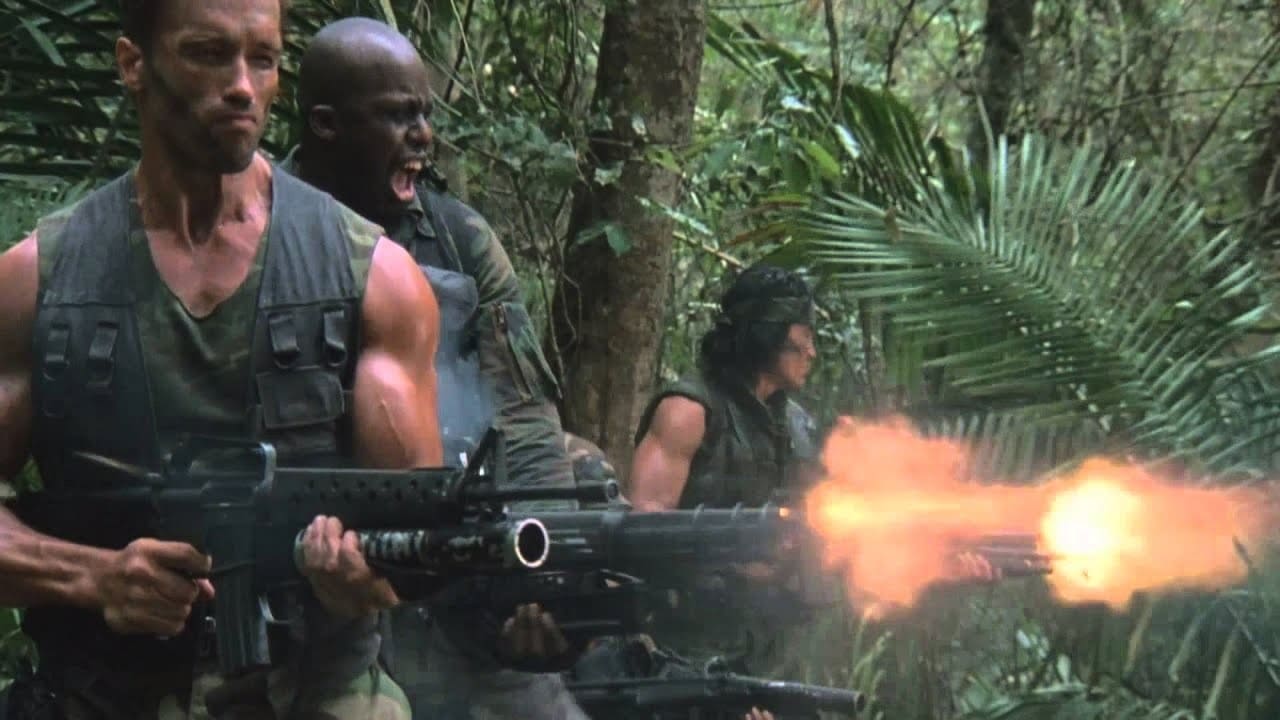 What makes the Minigun so powerful? I don’t think there is a better bro movie than Predator, which is also the best 1980s action movie.

It stars a lot of muscle-bound badasses armed to the teeth and fighting a giant alien who is hunting them through the jungle of Colombia. It has everything I need, including gratuitous guns, the most famous being a handheld minigun carried by Jesse Ventura.

The handheld minigun, nicknamed Old Painless, tears through the jungle and provides the small black ops team with fearsome firepower.

So why have we never seen a grunt-humping one on patrol? Well, it’s a complicated answer, and today we plan to root it out.

f you haven’t seen Predator (how dare you) and aren’t up on military automatic weapons, you might be a bit confused. Heck, the term Minigun even sounds kind of silly and is ultimately confusing when you see one. It’s certainly not mini.

However, size is relative. The Minigun is largely derived from the Vulcan 20mm, and they scaled it down to create the 7.62 NATO variant. Compared to the 72-inches long, 248-pound Vulcan gun, the Minigun seems quite mini, but it’s still 31.56 inches long and weighs 85 pounds, so it’s not a tiny fellow by any means.

The purpose of the Minigun was to provide a rapid-fire weapon designed specifically for engaging threats hidden in the jungles of Vietnam. The Minigun could be mounted on lightweight aircraft like a Huey and provide a terrifying amount of firepower in just a few seconds. Its firing rate was variable and fluctuated between 2,000 and 6,000 rounds per minute.

Can It Be Handheld?

Jesse’ the Body’ Ventura certainly makes it seem like the Minigun could be a handheld weapon. However, boy, oh boy, is that a problematic idea.

The Minigun is not a carry-friendly gun. Remember, it weighs almost a hundred pounds and only fires the 7.62 round. That’s not exactly man-portable and certainly not man-fireable. The weight is one factor, but the recoil of the super-fast firing rate would make it uncontrollable. Plus, you can’t aim it.

So, you’d be firing a super heavy weapon with brutal and uncontrollable recoil and no means to aim the weapon. It wouldn’t be practical by any means or even efficient. Heck, we haven’t even dived into the logistics of the weapon. Even at the lowest setting of 2,000 rounds per minute, it’s eating 33 rounds a second. That’s on AR mag plus three extra rounds per second of fire.

To even provide enough fire to allow a maneuver element to maneuver, you’d need thousands of rounds. Carrying that many rounds would weigh down an infantry squad. For comparison, I carried 500 rounds on me with the M240 and those weighed 35 pounds and I had another 500 spread throughout the squad.

GE designed something they called the XM214 Microgun, which was a 5.56 variant of the Minigun. The Micro gun was initially aimed at providing a lightweight alternative to the Minigun. Soldiers could attach it to trucks, helicopters, boats, and more and pack more ammo in less room. The Micro Gun was also lighter and created less recoil. However, it never really succeeded due to the weaker 5.56 round not providing the best range for a fire-support weapon. GE tried to market it to the infantry, but no one was biting that hook.

A company called Empty Shell designed the XM556 Microgun. This weapon has been shown to be fired from a handheld position, but problems remain. It’s still impossible to aim, consumes way too much ammunition, and features a sharp, hard-to-control recoil impulse. None of that is great for an infantry weapon.

Miniguns and micro guns, by extension, are niche weapons. They are not designed to be infantry weapons outside of special vehicle mounts and even they have issues as vehicle-mounted machine guns are better options since they can fire more powerful and longer-range rounds like the 50 BMG or the exploding 40mm grenades from an Mk19.

Miniguns are cool, Predator is cool, old painless is really cool, but like the film, it’s all sci-fi and not a realistic proposition.

Travis Pike is a former Marine Machine gunner who served with 2nd Bn 2nd Marines for 5 years. He deployed in 2009 to Afghanistan and again in 2011 with the 22nd MEU(SOC) during a record-setting 11 months at sea. He’s trained with the Romanian Army, the Spanish Marines, the Emirate Marines, and the Afghan National Army. He serves as an NRA-certified pistol instructor and teaches concealed carry classes. This first appeared in Sandboxx.

Travis Pike is a former Marine Machine gunner who served with 2nd Bn 2nd Marines for 5 years. He deployed in 2009 to Afghanistan and again in 2011 with the 22nd MEU(SOC) during a record-setting 11 months at sea. He’s trained with the Romanian Army, the Spanish Marines, the Emirate Marines, and the Afghan National Army. He serves as an NRA certified pistol instructor and teaches concealed carry classes.