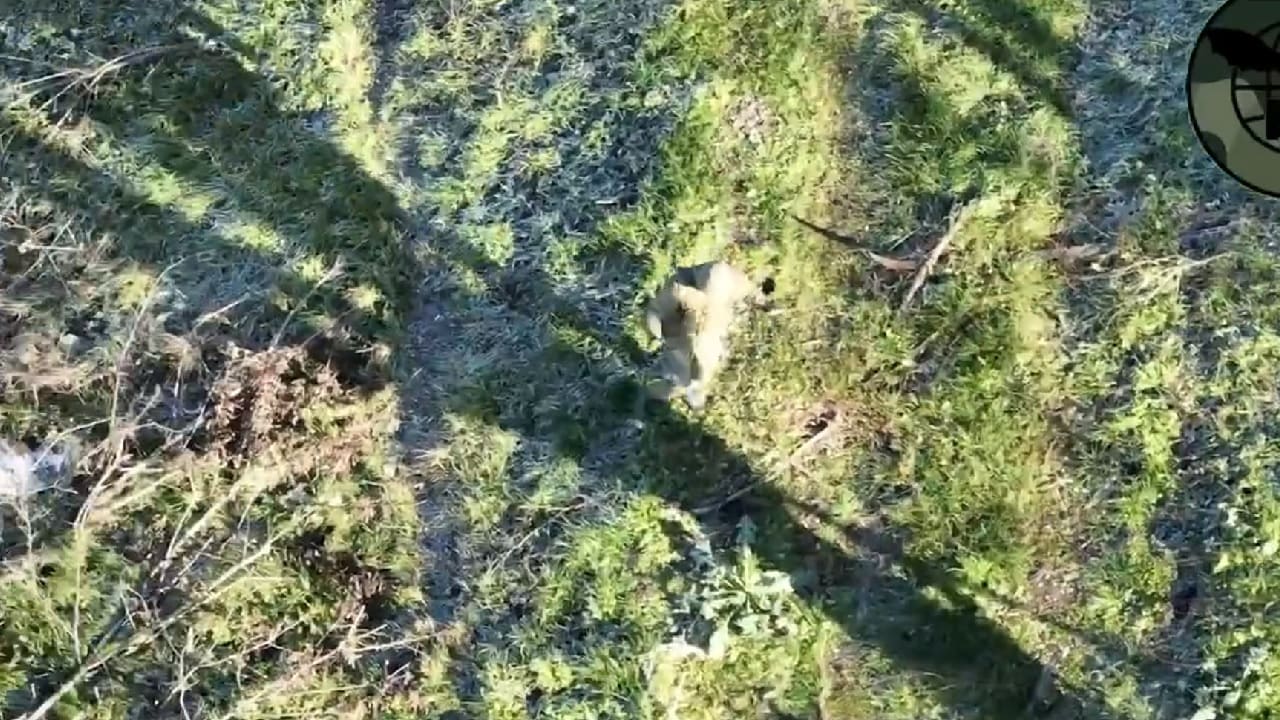 By every military measure we can come up with, it seems Russia is losing the war in Ukraine with a very tough winter ahead. What many experts thought would be a quick victory has become a war of attrition that seems like it has no end in sight. And for Putin, his own forces might even be trying to surrender to Ukraine’s drones.

🇺🇦 drones are the fiercest enemies of the 🇷🇺 occupiers.
But it turns out not of all of them.
This one took into captivity an occupier that realized that surrender is a chance to survive, as opposed to attempting to resist the #UAF, where the chance of survival is 0.
Drones know. pic.twitter.com/mHU6CyVN9F

Footage shared by Ukraine’s Ministry of Defense on Friday appears to show a Russian soldier surrendering to a Ukrainian unmanned aerial vehicle (UAV).

In the aerial footage, a uniformed figure can be seen walking with hands raised across grassy terrain towards another figure off-camera, visible only by their shadow.

Insider was unable to independently verify the video, which was posted to Twitter. In the tweet, Ukraine’s Ministry of Defense said it showed how one of its UAVs — commonly known as drones — “took into captivity an occupier that realized that surrender is a chance to survive.”

“Drones know,” the tweet added. The ministry did not provide a date or location for the footage.

The exact circumstances of what took place are unclear, but it’s not the first time that a soldier has handed themselves over to a drone.

The phenomenon was first seen in the first Gulf war when surveillance drones would herald an imminent missile strike, Dr. James Rogers, a war historian with a specialism in drone warfare, told Insider.

“So when Saddam’s troops saw the drones in the sky, they realized that a precise volley was incoming,” Rogers said. The troops managed to signal a surrender to the drone, prompting the US to send a detachment to take them prisoner, he said.

It’s also been reported in Ukraine prior to this video. One soldier, identified as “Bob Sala” of the 247th Kharkiv Territorial Rifle Battalion, told the Ukrainian World Congress in early September about deploying drones in Kherson, which broadcast an order to surrender. Three soldiers complied, Sala told the organization.

“This shows how drones can be used not only to save Ukrainian lives but also to capture Russian soldiers, who will be able to testify against their criminal government at a later stage,” Sala said.

The Geneva Convention requires militaries to protect anyone who signals surrender. But the increasing number of instances of this being mediated by a drone raises potential new legal questions, particularly with the advent of autonomous drones operated without direct human control, Rogers told Insider.

Ukraine has claimed other successes in getting Russian soldiers to surrender, most prominently through its “I Want to Live” hotline, which it says has received more than 3,500 calls.

This service was launched in September, two days before President Vladimir Putin announced the mobilization of  reservists towards the Ukraine invasion.

It allows Russians — as well as Ukrainians in occupied territory — to pre-emptively register their intention to surrender before facilitating a surrender in person once they reach Ukraine, a project spokesperson told the Kyiv Post in an interview.

“UAV operators, depending on the type of equipment, conduct radio reconnaissance, tap enemy communication lines, catch on camera the areas where Ukrainian militants are stationed, and send SMS messages with calls for laying down arms to the subscribers of mobile operators the nationalists are known to be using,” the ministry was quoted as saying.

Russia’s primary use of drones in the fall has been aggressive, deploying Iran-made drones to attack Ukrainian forces — and infrastructure — in swarms, as Insider’s Michael Peck reported.

Mia Jankowicz is a news reporter at Insider’s London office. She previously covered Brexit for The New European and has contributed stories to The Guardian, The New Statesman, Politics.co.uk, and Mic.com, as well as several local newspapers. A longtime culture writer, she has published reviews, opinion, and features to a wide range of art publications, with a focus on art from both the UK and the Middle East. She won the Frieze Writers’ Prize in 2007.

In this article:Drones, NotHome, Putin, Russia, Ukraine, War in Ukraine

Mia Jankowicz is a news reporter at Insider's London office.