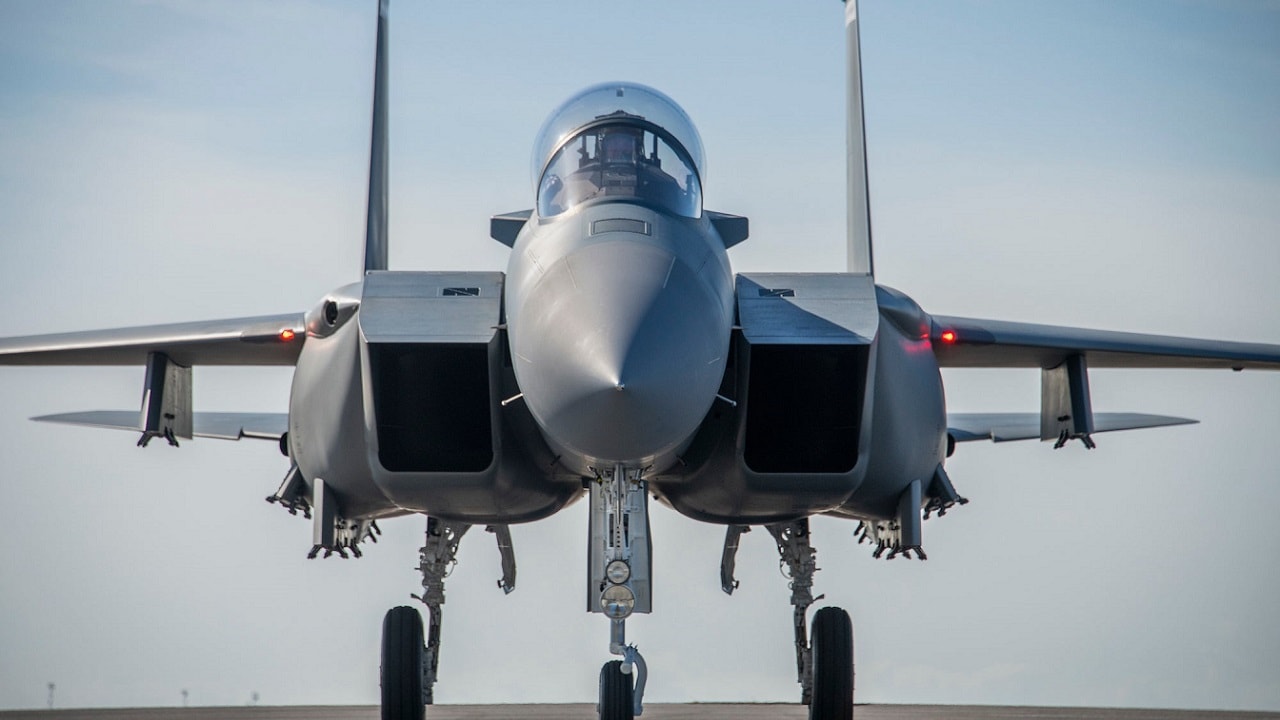 F-15EX Is Vital: Congress is under pressure to find savings in the upcoming Pentagon budget. It would be a grave error to step away from efficient, cost-effective tools like the F-15EX. I have hands-on experience with F-15s and conclude that our nation will be less safe without a vibrant F-15EX program.

Why the F-15EX Is Essential: My Expierence

When you think of payload, combat range, and cost to operate, these qualities have proven essential to train and equip our war fighters giving them the ability to fly, fight and win. The F-15EX gives fighter pilots the solution needed to support the next fight.

I was selected to fly the F-15C in 2003 and had the privilege of flying the Eagle for 16 years while amassing over 2,000 hours. My first Combat Squadron was the 12th Fighter Squadron at Elmendorf Air Force Base, Anchorage Alaska. It was here, in 2004, I was introduced to the “New Eagles” with APG-63 V2 Electronically Scanned Array radars and pilots wearing the JHMCS (Joint Helmet Mounted Cueing System) helmets linking the AIM-9X seeker directly to the combat pilot’s field of view.

This technology at the time was only operated by the pilots of the 12th and 19th Fighter Squadrons in Alaska and significantly enhanced the capabilities of the F-15 for the Homeland Defense missions as well as in support of multiple Operational Combat Plans around the world.

In Alaska, pilots sat alert 24/7 for 365 days a year, usually with 3-4 jets on “status” with live loaded missiles and gun. We would work directly with AK-NORAD daily protecting our borders from Russian bombers and the F-15 was the perfect platform for this mission. The reliability of the F-15 for the crew chiefs on the ground, as well as the pilots in the air, provided us with the assets needed every day to accomplish the mission.

When I joined the MA Air Guard years later, I continued supporting the Alert mission up and down the Eastern Seaboard. Being that we were on the East Coast, we were constantly tasked to provide Presidential Support Missions and multiple high profile global events over New York City annually. The F-15 never failed us, its ability to go from a cold start to full afterburner intercepting a threat in minutes is essential to our Homeland Defense.

The F-15 is, in my opinion, the best platform for the job.

The F-15 is not just a fit for the Homeland Defense Alert mission. In the early F-22 rollout, some very smart fighter pilots developed integrated combat tactical operations with the F-15C and the F-22.  The basic formation was 4 F-15Cs and 2 F-22s, and now F-35s.  These formations maximize the strengths of both the 4th and 5th generation platforms, giving the pilots the ability to succeed in any environment. Using these tactics gives our leaders more options and flexibility when planning and executing. Having 5th generation aircraft to accomplish initial operations in a highly contested engagement zone is essential, but then supplementing the fight using F-15s to bring needed fire power and numbers can be the difference between success and failure.

The F-35 program is expensive, but the aircraft is needed. It alone cannot solve the void left in our combat capabilities, operations here at home on alert and overseas. In the 90s our leaders in D.C. promised us over 1,000 F-22s, which we needed, but in the end we only built 187.  The political decision to stop building the Raptor, and to close down its production line, is one of the most destructive decisions that had immediate and long-lasting effects on our Air Force capabilities. Our federal leadership had gone “all in” on the F-22 and failed to deliver. This failure combined with continued operations overseas started a cascade of effects that eroded our other fighter programs causing us to fall behind.

Today, we are pushing to ramp up the F-35 program, while our 4th gen aircraft fall behind with limited sustainment funds to support them.  How many F-35s will we actually build? We now have the opportunity to reverse course and build a strong Air Force inventory. The modern F-15EXs will provide versatility and capabilities that build upon generational success, while supporting the combat 5th generation platforms. The F-15 has had proven reliability and dependability for over four decades and will give combat pilots the tools required to continue as a force multiplier.

When politicians start to look through line items in the Pentagon budget for savings, they should keep their hands off the F-15EX program because every dollar taken away from that program will make our nation less safe. I know from experience. 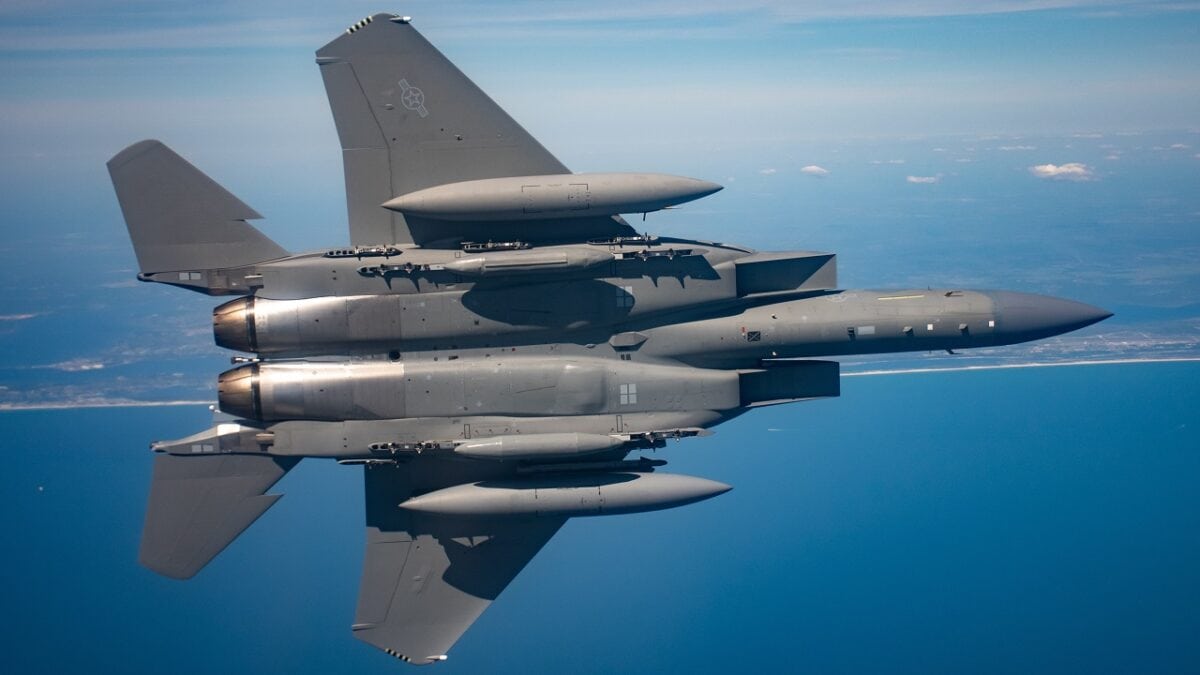 An F-15EX Eagle II from the 85th Test and Evaluation Squadron, 53rd Wing, takes flight for the first time out of Eglin Air Force Base, Fla., April 26, 2021, prior to departure for Northern Edge 2021. The F-15EX brings next-generation combat technology to a highly successful fighter airframe that is capable of projecting power across multiple domains for the Joint Force. (U.S Air Force photo by 1st Lt Savanah Bray) 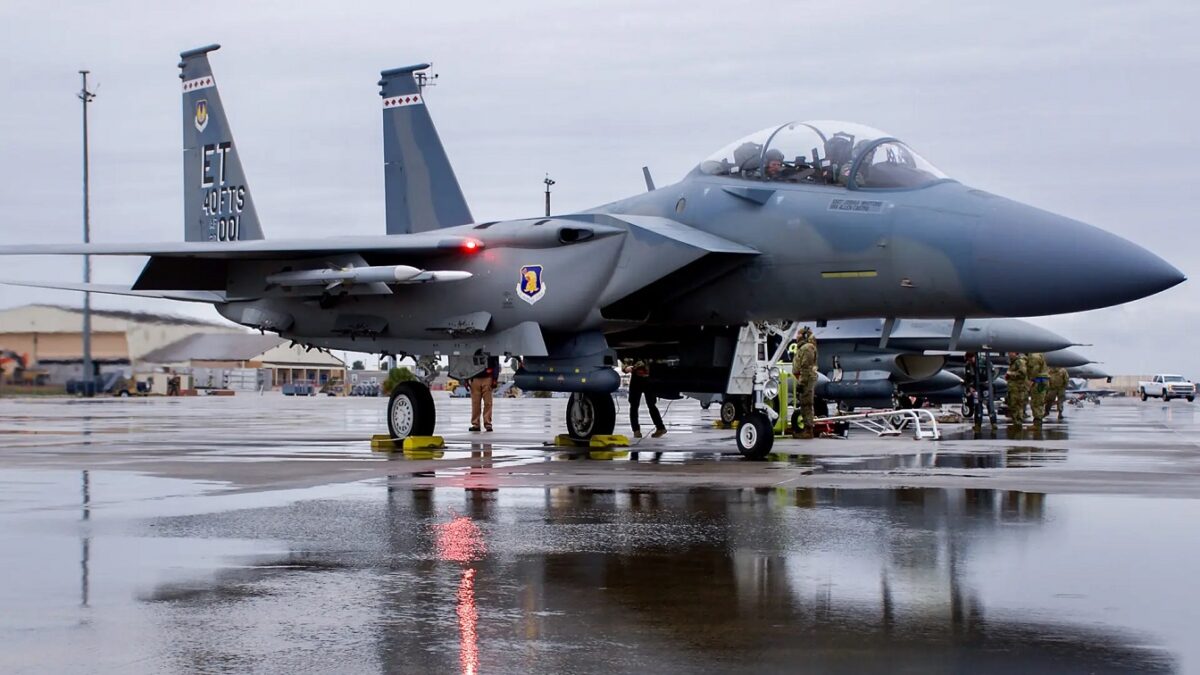 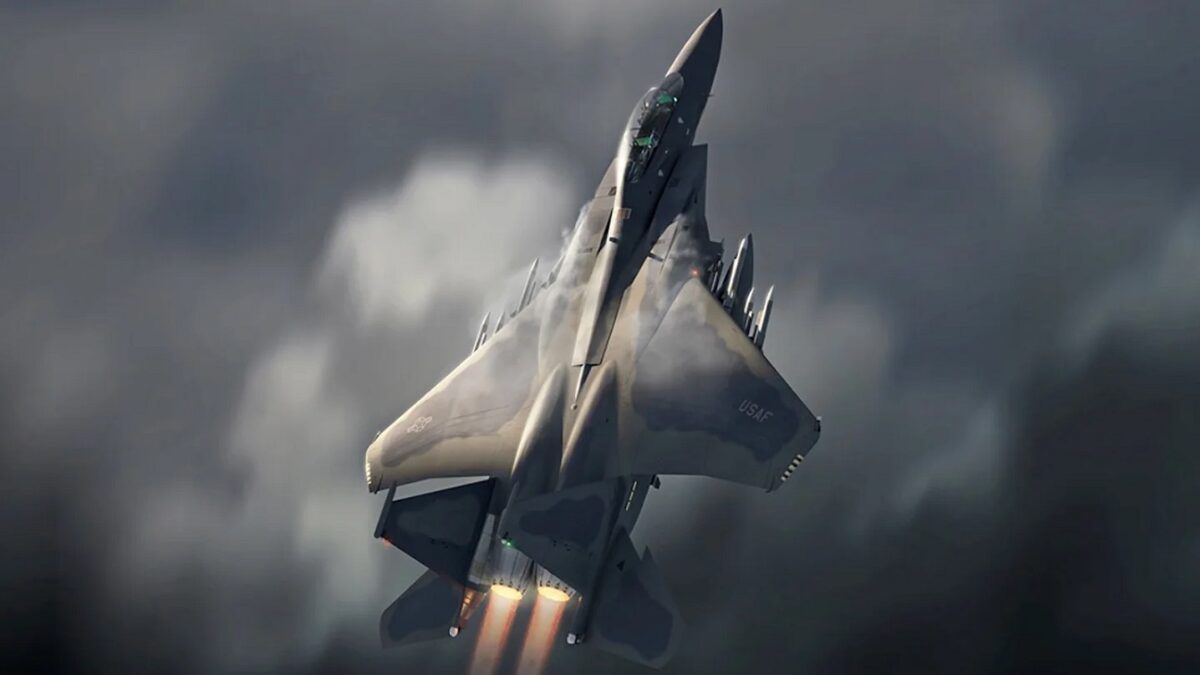 Jared “Chowda” Conaboy, Commissioned in 1998 from UMASS ROTC, 21 years in Air Force/ANG with Over 2000 hours in F-15C, Instructor Pilot, and Weapons School Graduate. This first appeared in RealClearDefense.

Jared “Chowda” Conaboy, Commissioned in 1998 from UMASS ROTC, 21 years in Air Force/ANG with Over 2000 hours in F-15C, Instructor Pilot, and Weapons School Graduate.