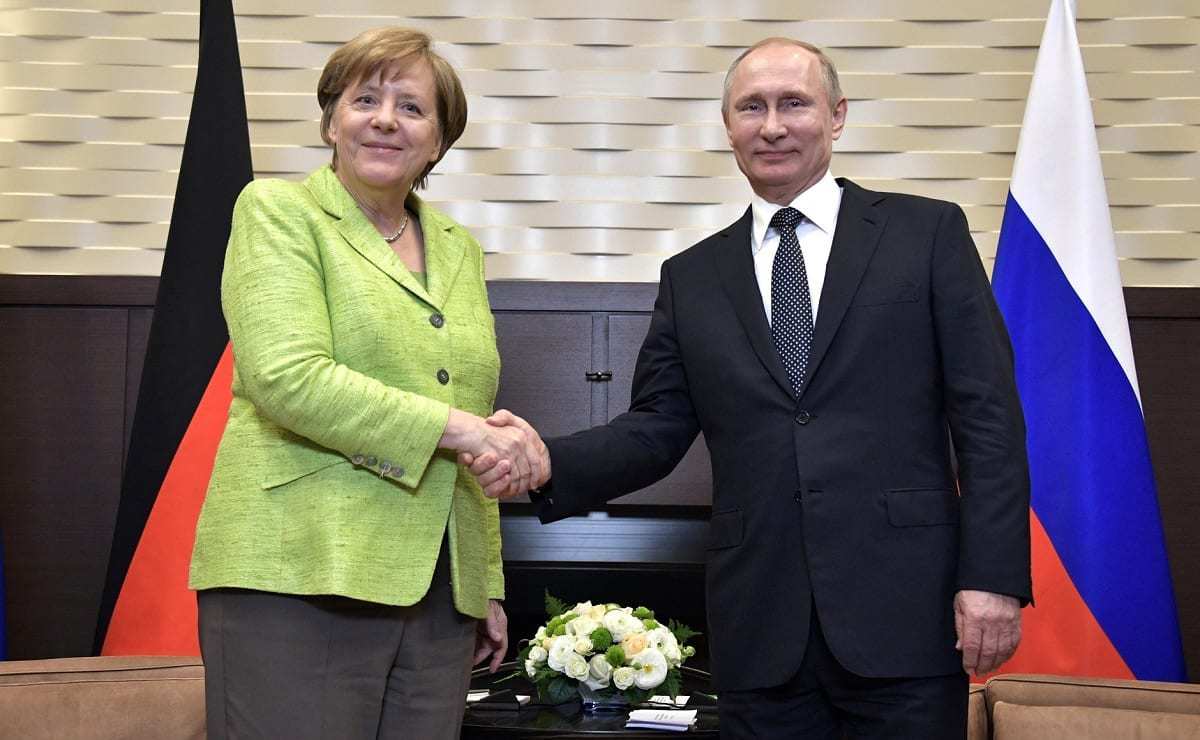 “Of all the hospitals in all the countries in all the world, he checks into mine.” Those must have been the words on Chancellor Angela Merkel’s mind when the German charity Cinema for Peace offered to fly Russian dissident Alex Navalny from his hospital bed in Omsk (don’t worry: it was just low blood sugar) to Berlin’s Charite hospital (diagnosis: Novichok poisoning).

Now that Navalny is physically in Berlin, his battle for Russian democracy has become the German government’s unsought proxy war. His presence in a German hospital had led to widespread calls on the government to discontinue its close energy cooperation with the regime in Moscow. At the heart of this is the Nord Stream 2 pipeline project, currently nearing completion but already the target of US economic sanctions.

Germany has been playing a double-game in Europe for the last two decades, sheltering under the NATO security umbrella while spending relatively little on its own defense and collaborating with Russia to ensure low-cost gas supplies for Germany. The Nord Stream pipeline and its unfinished cousin Nord Stream 2 have little economic rationality for running under the Baltic Sea. Their primary purpose is geopolitical: to cut the Baltic States and Poland out of the path of Russian gas supplies to Germany.

Yet in a darkly amusing interplay of celebrity and geopolitics, the fact that Navalny happens to be in a Germany hospital has seriously jeopardized Merkel’s efforts to get Nord Stream 2 finished. The project went ahead unhindered by Russia’s interference in Ukraine, occupation of Crimea, Novichok poisoning of Sergei Skripal and his daughter in England, repeated election manipulation, and indeed prior attempts on Navalny’s own life. Had Navalny been airlifted to London or Paris instead of Berlin, his poisoning wouldn’t have become a German issue at all.

Instead, a German film charity has apparently succeeded in accomplishing what US sanctions could not: a shift in the German political narrative about relations with Russia. It’s about time. Russia may pose no real threat to Germany, but it is the most important geopolitical and geoeconomic rival of Europe as a whole. While the United States and India are focused in Chinese expansionism in the Indo-Pacific, the European Union should be taking responsibility for checking Russian regional ambitions in eastern Europe. That the EU has so far failed to do so is largely due to German reluctance to jeopardize its supply of cheap Russian gas.

Nord Stream 2 is the centerpiece of Germany’s plan to decommission all of its remaining nuclear reactors by 22. Germany has invested heavily in solar power, but in the cold, grey climate of northern Europe, natural gas is indispensable for filling the hole left by the withdrawal of coal and nuclear power. Gas isn’t just necessary for electricity generation; it’s also needed for district heating in winter, which is the prevalent heating source in many German cities. Canceling Nord Stream 2 would leave Germany with massive unmet energy needs, to say nothing of any financial penalties relating to the pipeline project itself.

Merkel has faced the same dilemma for the last fifteen years: whether to run a moral foreign policy or a populist energy policy. So far, she has performed an amazing balancing act, talking the talk on foreign policy morals while walking the walk on nuclear and coal decommissioning. By putting a human face on the morality of engagement with Putin’s Russia, the Navalny crisis threatens all of that. If anyone is praying for Navalny to recover, it is the Lutheran pastor’s daughter Angela Merkel. May God grant her prayers — but nix her pipeline.