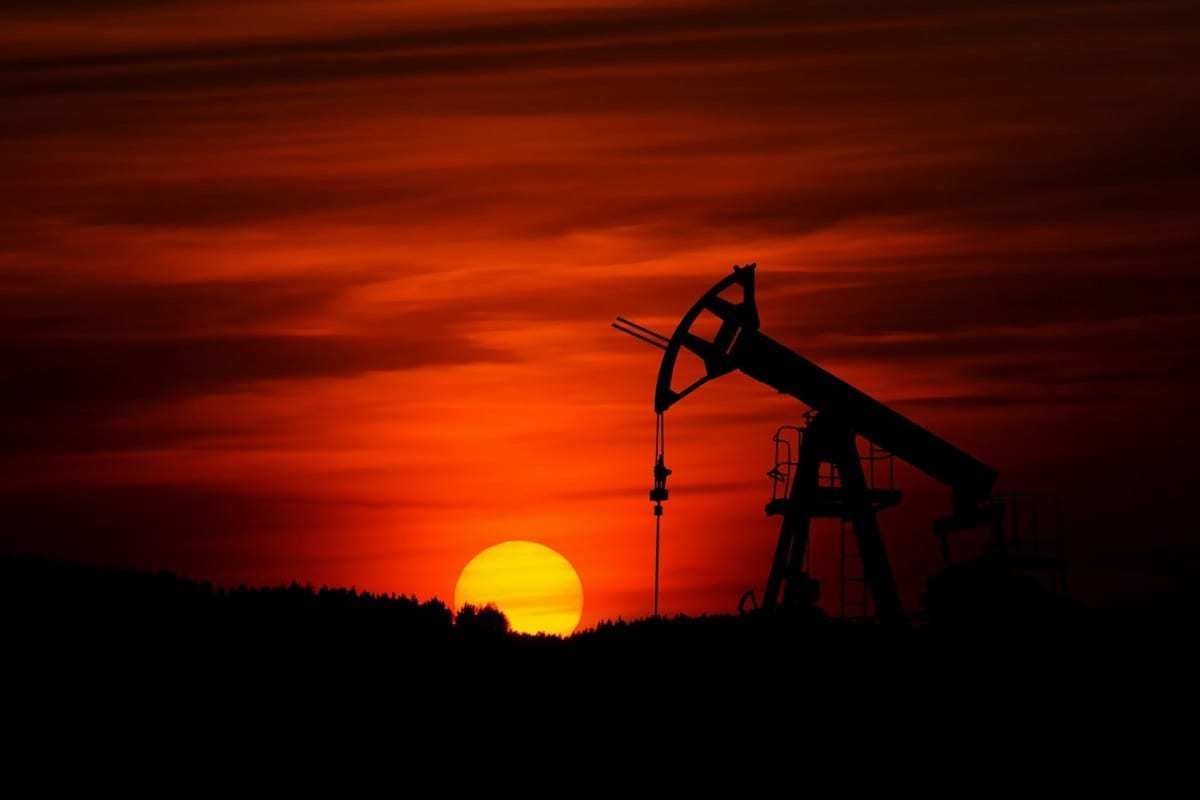 Oil Jack in the Sunset

The global spread of the COVID-19 (Coronavirus) pandemic sent international fossil fuel futures to record lows by March of this year. The virus also amplified tensions between Saudi Arabia and Russia over production cuts. With the two producers unable to reach an agreement, petroleum prices went into a tailspin. The crude oil downturn has created collateral damage from the United States through Latin America onwards into the Middle East.

Some accounts noted that China appears to be the biggest winner of the price war. However, this does not fully explain why China is succeeding in manipulating global fossil fuel markets despite being weak in oil and gas resources. Instead, though a long-held position as an essential destination country for many fossil fuel products, Beijing utilizes its role as a pivotal buyer to influence producers’ policy stances. Energy commodities have become an understated part of the Chinese geopolitical strategy where the People’s Republic receives energy resources in exchange for furnishing investment and technological expertise. This strategy also proves that fossil fuels will remain the primary energy driver for the world’s largest economy despite the talk of China’s embrace of green technologies. If anything, China’s consumption of fossil fuels could prove more decisive in the future.

China’s focus on fossil fuels plays into the post-Mao Chinese Communist Party (CCP) economic thought via the Developmental State” concept. Often, the state must pursue rapid industrialization, often promoting industries where it has no comparative advantage. In China’s energy sector, this means that the central government has historically indirectly encouraged fossil fuel consumption as a cost-effective route to power a growing economic landscape. Evident in the CCP’s latest five-year plan published in 2017, which called for an “all of the above” approach to energy development with a specific focus on domestic oil, gas, and coal resource discovery.

These energy policy proposals mentioned in the five-year plan go in hand with the aggressive overseas expansion of Chinese petroleum firms into commodity-rich regions such as the Middle East, Africa, and Latin America. Despite Beijing’s encouragement to focus on domestic discovery, the long-observed Chinese commodity expansion into other markets serves a dual purpose for the PRC since it meets demand at home while gradually eroding American influence in critical geographical areas.

Major Chinese oil suppliers such as China National Petroleum Corporation (CNPC) and China National Offshore Petroleum Corporation (CNOOC) have opened doors for Beijing’s relationships with the Gulf Cooperation Council (GCC). Over time, GCC member states have become the fastest trending exporters of oil and gas to the PRC, and in exchange, clients for critical Chinese made products like drones. The Gulf region could become a crucial hub for the PRC’s “Belt and Road” initiative, bringing further investment into GCC countries. Iraq owes the erratic recovery of its petroleum infrastructure from years of war to Chinese patronage.

The same effect to a more significant degree occurs throughout Africa, where fossil fuel exporting countries such as Angola, South Sudan, and Equatorial Guinea count China among their largest customers. In turn, African hydrocarbon exporters have received extensive attention from Chinese firms in stakes in exploration efforts and cooperation on infrastructure development efforts. A similar relationship exists between Beijing and Nicholas Maduro, where China currently helps props up the latter regime with emergency loans and COVID-19 medical relief. China, as a result, receives heavily discounted oil shipments from Venezuela despite American sanctions.

China’s understated energy dealings in emerging markets serve as a part of a more comprehensive diplomatic strategy. Some call Chinese energy relationships “debt-trap diplomacy,” Beijing’s purchases of hydrocarbons combined with financial and technological investments in commodity-dependent states yields fruit. Beijing receives more influence from its involvement as a customer of primary fossil fuel producing countries. Given that it can leverage its position as a significant buyer to influence hydrocarbon producers’ political and economic decision-making located in the global south.

Producers with whom China has strong energy-driven relationships with like Iraq, Saudi Arabia, the United Arab Emirates, Angola, South Sudan, and Venezuela, all defended the Communist Party’s controversial Hong Kong security law. Likewise, producers in the Islamic world, such as Kuwait, Sudan, and Saudi Arabia, have backed Beijing’s heavy-handed approach towards Muslim Uyghurs in Xinjiang. They are illustrating that China’s pursuit of energy resources abroad is paying geopolitical dividends.

The PRC is a major winner from the latest round of tensions roiling the global energy industry, evident by the price war between Russia and Saudi Arabia. Saudi Arabia and Russia have undermined their strategic position through engaging in a price war against one another. Putin lost credibility through overreach, which brought Russian blended oil to record lows combined with economic fallout due to the Coronavirus pandemic ravaging Russia. Crown Prince Mohammed Bin Salman feels deep pain from the low global oil prices upon Saudi Arabia’s oil-dependent economy and on the Kingdom’s previously generous social spending schemes.

The United States, the bright rising star of the petroleum world, is facing its troubles. The Riyadh-Moscow price war drove down US oil demand causing domestic storage tanks to reach their limits. The stateside American energy industry is reeling from the Coronavirus collapse in the market as numerous operators have filed for chapter 11 bankruptcy since the pandemic began. The once-promising American shale industry faces severe headwinds, with exploration companies shutting wells and forging further projects. Many American oil and gas firms sought assistance from the Paycheck Protection Program and bond buybacks.

Now President-elect Joe Biden is leading a Democratic party that has become increasingly hostile towards hydrocarbon energy. The Obama administration blocked the Keystone XL pipeline and sought comprehensive regulations on shale fracking. To soothe the Democrat’s left-wing’s growing assertiveness, Biden and the party’s establishment have placated progressives through the Green New Deal into their presidential campaign platform. Even though Biden is not entirely clear before taking office, he stands on progressive calls to ban shale fracking. His pick for Department of Energy-former Michigan Governor Jennifer Granholm supports a “transition to a zero-carbon future” and touts the benefits of non-hydrocarbon energy jobs.

Though the Chinese state has supported initiatives to develop green energy technologies in recent decades, given the size and scale of China’s economy, Beijing will depend on fossil fuels for the foreseeable future. China is likely to maintain reliance on fossil fuels such as imported hydrocarbons, given the low cost. Chinese demand for energy serves as a potential path out of a slump for transnational hydrocarbons, with the market recovering to pre-2020 levels by more than 90%.

Although the COVID-19 pandemic has hurt Chinese hydrocarbon firms, with many reeling from the crisis like their foreign counterparts, they are still in a better position, given China’s geopolitical leverage over fossil fuel-driven economies in the Middle East, Africa, and Latin America. The PRC’s role as a critical hydrocarbon client is a route for Beijing to influence foreign policy decisions, par the high level of involvement in the above markets. Given that China’s leading energy competitors are reeling from a combination of COVID and low prices. This recent phenomenon gives Beijing further leverage to manipulate oil and gas markets to serve its energy needs. At the same time, the Chinese (not western) demand for energy drives the hydrocarbon recovery.

Kevin Brown’s work has previously featured in The Diplomat, the American Conservative, and the National Interest. He holds an MSc. in International History from the London School of Economics and Political Science (LSE). He will matriculate for global energy at Tufts University’s Fletcher School of Law and Diplomacy. You can follow him on Twitter: @KevinBrown778.

Kevin Brown's work has previously featured in The Diplomat, the American Conservative, and the National Interest. He holds an MSc. in International History from the London School of Economics and Political Science (LSE). He will matriculate for global energy at Tufts University's Fletcher School of Law and Diplomacy. His Twitter is @KevinBrown778.