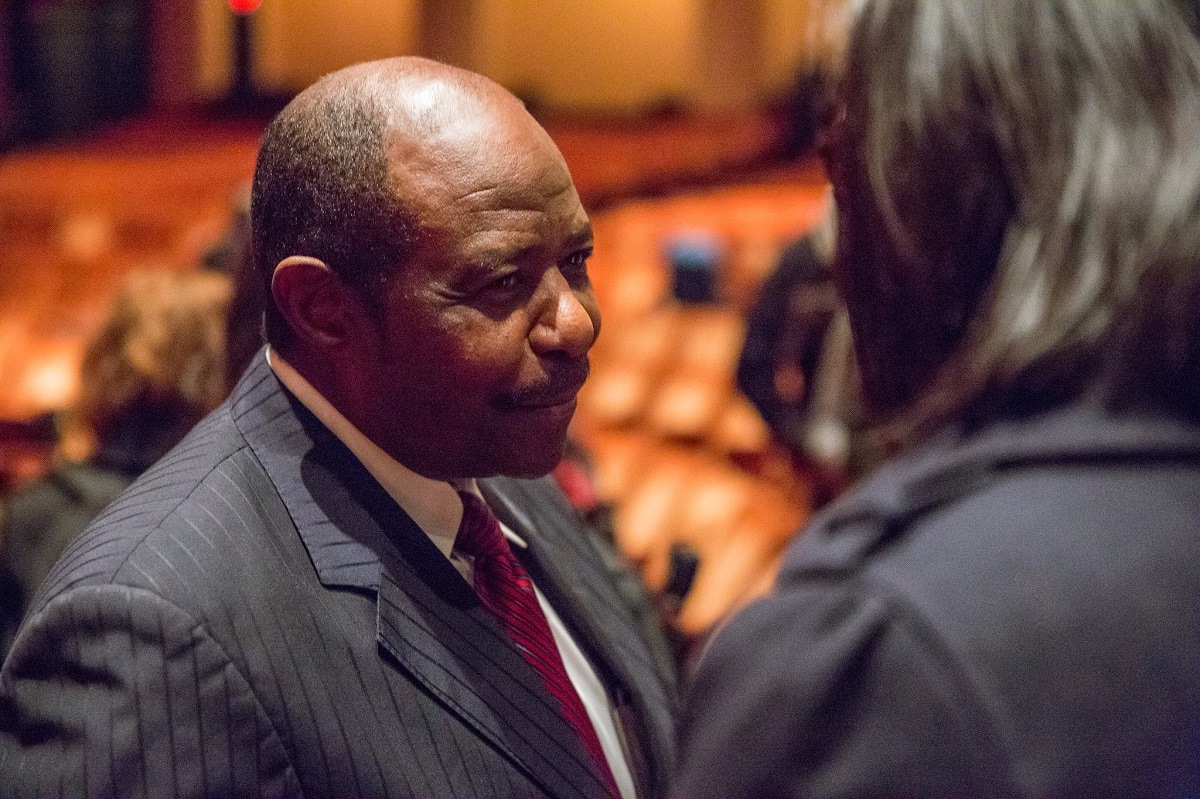 Lecture by Paul Rusesabagina, held on Thursday, March 27, 2014. Part of the IPC commemoration of the 20th anniversary of the Rwandan Genocide.

Luca Attanasio, Italy’s ambassador to the Democratic Republic of Congo, hardly stood a chance. Yesterday, he, an Italian security official, and their driver died in a hail of gunfire when Hutu rebels attacked a World Food Programme convoy near the eastern Congolese city of Goma, not far from the Rwandan border, in an apparent kidnap attempt. Congolese President Felix Tshisekedi condemned “very strongly this terrorist attack,” while his Interior Minister blamed the murders on “members of the Democratic Forces for the Liberation of Rwanda (FDLR).”

While the Italian government mourns its ambassador and foreign ministers including Secretary of State Antony Blinken telephone their condolences to Rome, many journalists, and self-described human rights activists romanticize the group that appears to have been responsible, and some European parliamentarians have demanded the release of the group’s leaders.

That would be a travesty of justice. The FDLR is at the center of the Kigali trial of Paul Rusesabagina, the hotelier made famous in the 2004 film “Hotel Rwanda,” and 20 others. They face charges outlined in a 300-page indictment broadly related to their involvement with the National Liberation Front (FLN), the FDLR, and their various front groups. Prosecutors have charged Rusesabagina specifically with nine crimes including terror group membership, terror finance, kidnapping, murder, attempted murder, armed robbery, assault, and arson among others.

Rusesabagina’s adopted daughter, activists, and his lawyers have sought to delegitimize his trial. They claim, for example, that Rwandan agents kidnapped him and bundled onto a private jet to deliver him to Kigali. Surveillance cameras in Dubai, however, show he traveled through the city, checked in and out of the Ibis Hotel, and boarded the private jet freely. A French investigation detailed how an interlocutor, upset with his terrorism, tricked him into believing he would facilitate meetings in Burundi to try to restart the flow of aid from that country to Rwandan rebel groups.

Rusesabagina’s defenders have also questioned the legitimacy of trying him in a Rwandan court since they say he had revoked Rwandan citizenship and now holds a Belgian passport. On its face, this is silly both because Rusesabagina sought to run for Rwanda’s presidency and because lack of citizenship has never meant a carte blanche for crime.

Mukashyaka Josephine, a schoolteacher widowed by the terrorist attack for which Paul Rusesabagina and his colleagues now stand trial, penned an open letter to Rusesabagina’s daughter. “I lost my husband, Fidel Munyaneza on 19 June 2018 when a group of armed infiltrators, who we later came to know were FLN, attacked Nyabimata Sector and went on a killing spree…. My husband’s promising life was cut short by gunshots discharged by the FLN of which your father has admitted to forming. It doesn’t matter now how many excuses you make on his behalf, your father has confessed.” Indeed, the most damning evidence linking Rusesabagina to the FLN and other terrorist groups are his money transfers to the group and his own words offered freely long before his return to Rwanda.

The willingness of journalists, activists, and even his daughters’ willingness to ignore Rusesabagina’s alleged crimes appears motivated less by an honest assessment of the evidence and more by animosity to Rwandan President Paul Kagame. Kagame is a polarizing figure among progressives, many non-governmental organizations, and human rights groups.  His vision is at odds with many activists who embrace socialist ideals or are accustomed to living more privileged, influential lives in post-conflict societies. Certainly, some criticism of Kagame is fair, but much is exaggerated or based on credulous acceptance of those who resent Kagame’s success:  Rwanda has broken the mold of African dependency and embraced free market reforms that has enabled average annual growth of seven percent since 2000, a fact UNESCO has called “the Rwandan miracle.” Transparency International now ranks Rwanda on par with the Czech Republic and better than Italy, Hungary, and other eastern European countries in terms of corruption. Women took nearly two-thirds of the seats in September 2018 parliamentary elections, and the country now boasts the highest proportion of women in parliament worldwide. The African Union deemed the elections free and fair (although Freedom House criticizes political freedom in the country).

While Hollywood has beatified Paul Rusesabagina based on his actions in 1994, much has happened since. The point is, however, that one’s feelings about Kagame should be irrelevant to an assessment of Rusesabagina and his trial. To believe otherwise is to take a subjective view toward terrorism in which attacks on civilians is excusable if journalists are sympathetic to the cause or hostile to the country that terrorists target. It means exculpating the group who yesterday murdered Italy’s ambassador. The only question that should matter now is the evidence, and this appears plentiful. Public relations firms can throw flak to distract, but no one so far has questioned the veracity of the material at the center of the Rwandan case.