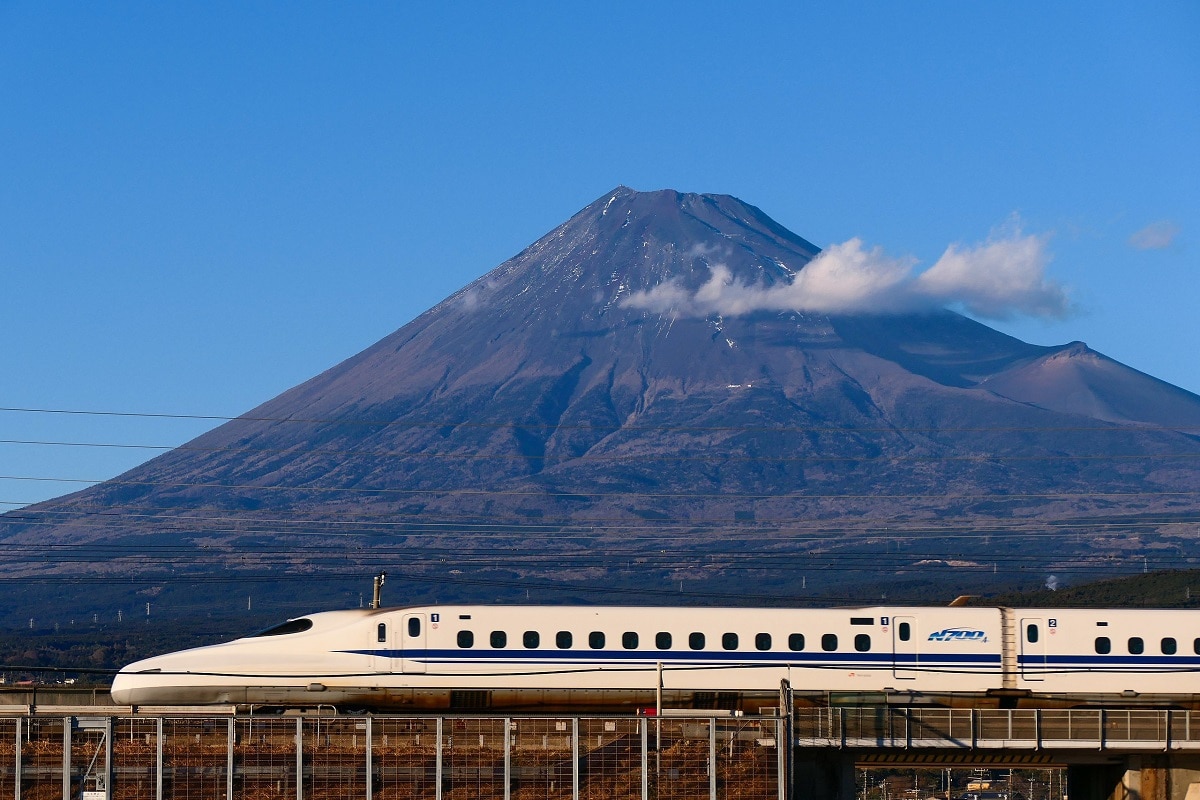 Japan was the first country to run scheduled passenger trains faster than 125 miles per hour. Since then, France has run faster trains and China has built more miles of high-speed rail lines, but Japan is still considered a model for a nationwide high-speed rail system.

Yet there is a dark side to Japan’s bullet trains. Japan’s economy ground to a halt in 1991 and was one of the slowest-growing economies in the developed world for the next two decades. A good case can be made that these two “lost decades” can be traced to the bullet trains combined with land-use policies aimed at promoting compact development.

The Japanese National Railways (JNR) was a state-owned company that nonetheless had earned seven years of profits when it opened the Tokyo‐​Osaka bullet train in 1964. Supposedly, that rail line earned a profit, even paying back its capital costs, but JNR didn’t. It lost money in 1964 and never again had a profitable year.

One reason it lost money was that Japanese politicians insisted that it build more high-speed rail lines into areas that cost more but produced fewer riders than the first route. Another was that politicians protected railroad jobs so that JNR had to employ more than twice as many workers as it really needed.

Meanwhile, Japan had imposed land-use policies aimed at protecting farms and rural open space. This created an urban property bubble; at one point, someone estimated that the few hundred acres under the imperial palace in Tokyo was worth more than all of the land in California. There were few actual land sales, but companies like Toyota earned more money selling securities based on the artificially inflated values of the land they owned than from making and selling cars.

JNR took advantage of this property bubble by borrowing money to fund construction and subsidize operations using its extensive land holdings as collateral. By 1986, JNR’s debt had reached $550 billion (in today’s dollars), which was about 30 percent of the entire nation’s gross national product (GNP). When added to other government debts, the country’s national debt was more than 50 percent of its GNP. 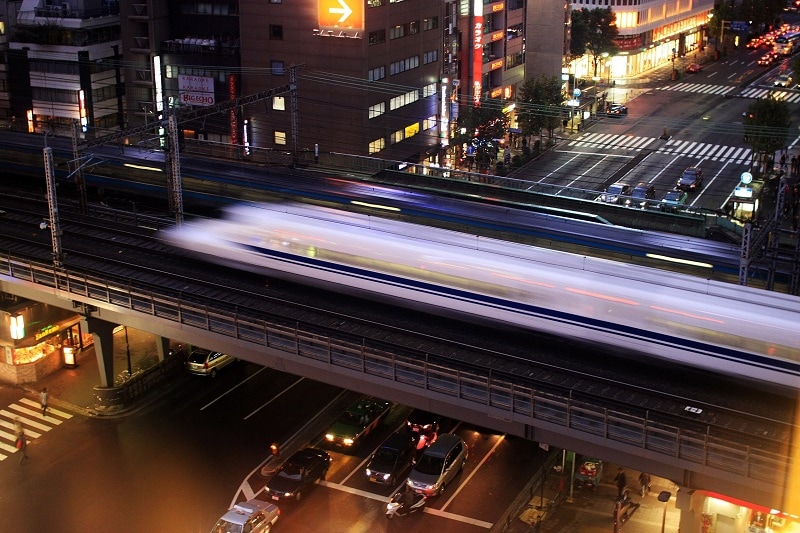 In addition, due to increased auto ownership, JNR’s ridership was dropping, which wasn’t helped by its frequent fare increases aimed at reducing its losses. Thus, it was clear that JNR would never earn enough money to repay its debt.

In 1987, Japan’s Diet decided to reform JNR by dividing it into seven different Japan Railway companies known as JRs. These companies were allowed to shed unnecessary workers and the workforce fell from more than 400,000 people working for JNR to less than 200,000 working for the JRs. This allowed some of the JRs to become profitable, and they were privatized.

In order to cover some of JNR’s massive debt, the government planned to sell some 23,000 acres of land that it had owned. Different stories are told about what happened with these land sales, but I think it is no coincidence that they began right at the peak of the property bubble. The sudden influx of land into a market that depended on a fixed supply of property pricked the bubble, which promptly deflated. Banks and other corporations whose finances had depended on high property prices were put into serious distress.

As a result, rather than use property sales to repay JNR’s debts, the government had to absorb more than $400 billion worth of the railway’s debt. On top of that, the government continues to subsidize the JRs that it couldn’t privatize. In response to the economic stagnation, it also tried (but obviously failed) to stimulate the economy by building new high-speed rail lines that it leases to the JRs at rates that will never repay their construction costs. Today, partly due to the JR and high-speed rail subsidies, Japan’s national debt exceeds 250 percent of its GNP, more than any other country in the world.

Lessons for the U.S.

This should be an object lesson for the United States. Building a national network of high-speed rail lines would require trillions of dollars of deficit spending, pushing our national debt to well above 100 percent of GNP. California and several other states that want to build high-speed rail are suffering from property bubbles because they have adopted land-use policies that are supposed to encourage compact development; policies endorsed by the Biden administration. If Congress decides to fund high-speed trains and promote compact development in other states, then the United States is likely to suffer some lost decades of its own.

Randal O’Toole is a Cato Institute Senior Fellow specializing in land-use and transportation issues. He has written six books ranging from Reforming the Forest Service to Romance of the Rails plus dozens of policy papers and numerous articles and op-eds about free-market approaches to transportation, housing, and other issues. Before working for Cato, his research on environmental issues led to fellowships or visiting professorships at Yale, the University of California, Berkeley, and Utah State University. An Oregon native, O’Toole was educated in forestry at Oregon State University, geology at Portland State University, and economics at the University of Oregon.