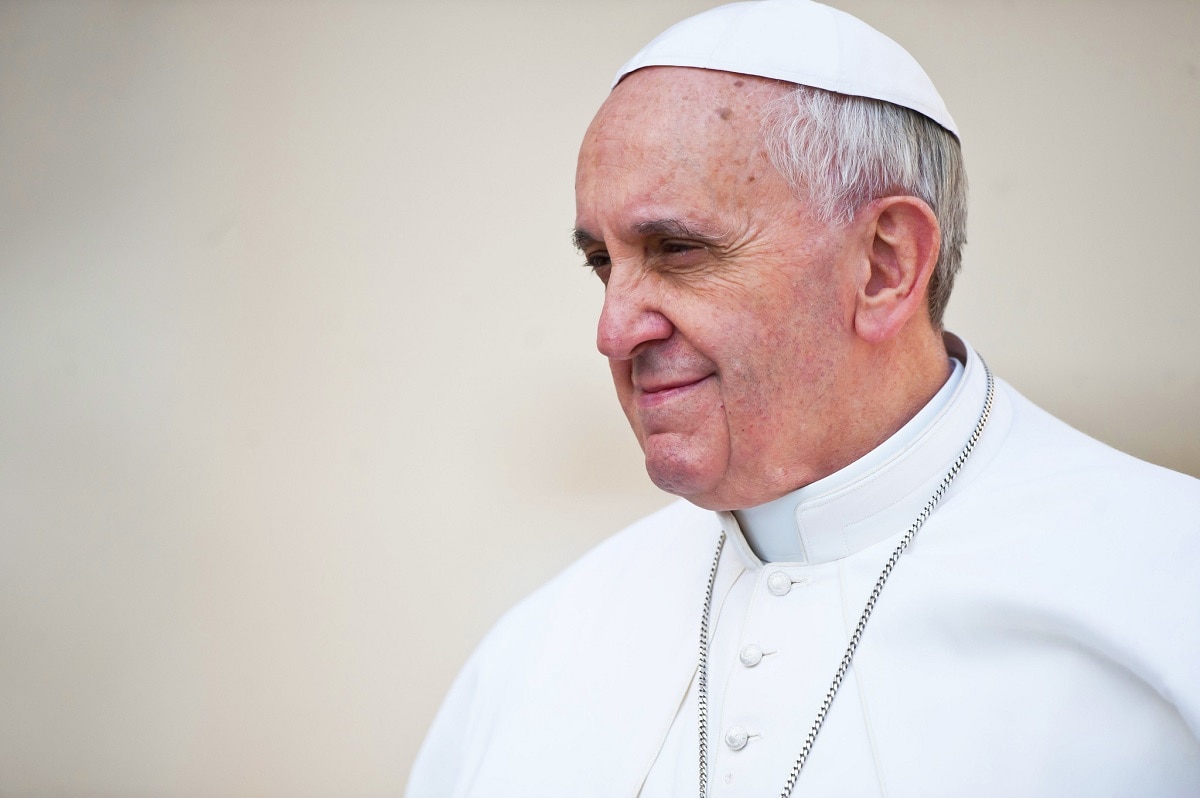 Pope Francis will begin a historic visit to Iraq tomorrow, the first in Papal history. In Iraq, Francis will meet political leaders in Baghdad, visit Ur, where the Bible says the Prophet Abraham was born, meet with Grand Ayatollah Ali Sistani in Najaf, travel north to visit the Christian community in Erbil and Mosul, and stop in the Nineveh plains town of Qaraqosh.

Much of the Western press frames Francis’ visit in terms of COVID-19 risks. Iraq has struggled with COVID-19, but the reporting is a red herring and simply continues the trend by which American outlets use Iraq as a template to play out unrelated American domestic political battles. Baghdad, Najaf, and other places where Francis will visit will be under a security lockdown during the Pope’s visit and so the Pope is unlikely to be mobbed by unmasked crowds. While vaccination has been slow in Iraq, I have visited Baghdad against the backdrop the pandemic. Iraqis on the street may not socially distance, but there was hardly an office I entered in which I was not first temperature checked. My experience with COVID-19 PCR testing in Iraq, meanwhile, was that it was more efficient than in the United States.

The real story to Francis’ visit is three-fold: His visit will not only be perhaps the most significant event in post-Saddam Iraq’s diplomatic history, but it also marks a new beginning for Iraq’s Christian community, and highlight often unreported progress in interfaith relations.

Iraq has undergone a diplomatic renaissance in recent years. In December 2018, the United Nations Assistance Mission in Iraq stopped tallying monthly terrorism death tolls because they had fallen so low. While 32 died that month, that represented a 90 percent decline over the same month two years previously. And, while their death was tragic for them and their families, Iraq’s population was at the time was 39 million and so Iraqis faced less than a one-in-a-million chance of being struck down by terrorism. Compare that with Baltimore, which in 2017 had a murder rate of 560 per million people, or Chicago, which had a rate of 240 homicides per million. (This explains why Iraqis chafe when American politicians and pundits lazily compare recent violence in American cities to Baghdad). As Baghdad has returned to normal—the sometimes-violent political protests that began in October 2019 notwithstanding—it has undergone not only a cultural rebirth but also a diplomatic one, with increasing numbers of European, Arab, and Asian embassies dotting the city. Much of this has gone unnoticed outside Iraq, but Francis’ visit should focus attention on Iraq’s rebirth and break the cycle of bloodlust stories that focus only on the conflict between Iranian-backed militias and American forces.

Francis’ visit will be especially meaningful for Iraqi Christians. The Christian population declined precipitously after the U.S.-led invasion, both as Christians fled communal tensions capped off by the rise of the Islamic State and also because many Christians had better opportunities than other Iraqis to emigrate.

Most often, Iraqi Shi’ite and Sunni militias targeted each other, although Christians did sometimes become collateral damage in mixed neighborhoods. Some Islamists also forced closure of Christian-owned liquor shops (some of which have now reopened), and criminals gangs often targeted Christians in kidnapping for ransom schemes in the belief that their families abroad could pay higher ransoms. In 2010, Al Qaeda targeted a Catholic church in Baghdad.

The Iraqi government consistently sought to protect its Christian minority and shed much blood in their support. Groups such as the ACLU deliberately muddled that story in the West by slandering Iraq’s Shi’ite-led government as complicit in genocide. The may justify their rhetoric as a tactic to prevent deportation of Iraqi residents in a U.S. political battle over Trump’s immigration policy but their arguments in court that Iraqi Christians returning to their country would face immediate detention, torture, and execution because of Iraq’s anti-Christian bias was racist and a stain on the ACLU’s honor.

In truth, the Iraqi government seeks to honor and embrace its Christian community. In 2018, for example, the Iraqi Ministry of Finance redesigned the Iraqi 1,000-dinar note to replace a symbol bearing a Quranic verse with an Assyria star. Abdul Razzaq al-Issa, a Najaf-born Shi’ite politician and former president of Kufa University was responsible for the decision. Christians occupy high policy positions, including in the presidency, not because of confessional quotas but rather because they rise on their merits. Muslims in Mosul risked their lives to hide Christian relics from the Islamic State, and then gave them to returning Christian leaders after the Islamic State’s defeat.

Francis’ most important meeting will not be with Iraqi politicians, but rather Sistani, the most significant living Shi’ite religious leader today.  Sistani has long been a calming presence in Iraqi society. When Sunni terrorists bombed Samara’s al-Askari Mosque in 2006, Sistani urged Shi’ites not to retaliate but when Mosul fell to the Islamic State eight years later, Sistani called upon Shi’ites to put their lives on the line for both Iraqi Sunnis and Christians. Behind-the-scenes and often unreported, Sistani has quietly elevated dialogue with Al Azhar University in Cairo, perhaps the Arab world’s leading Sunni study center. By meeting publicly, both Pope and Grand Ayatollah lead by example and can do more to heal religious rifts in the Middle East than any amount of well-meaning academic, diplomatic, or activist rhetoric. They can highlight common ground rather than the religious intolerance from which not only Christians but also Shi’iites have suffered disproportionately in the Middle East.

Pope Francis’ Middle East trip is bold, but historic. Theologically, the Pope’s legacy has been as a reformist and, politically, he has become perhaps a bit too partisan in the political issues of the day. With his three-day trip to Iraq, however, Francis marks perhaps the most momentous papal visit since Pope John Paul II visited Communist Poland in June 1979.