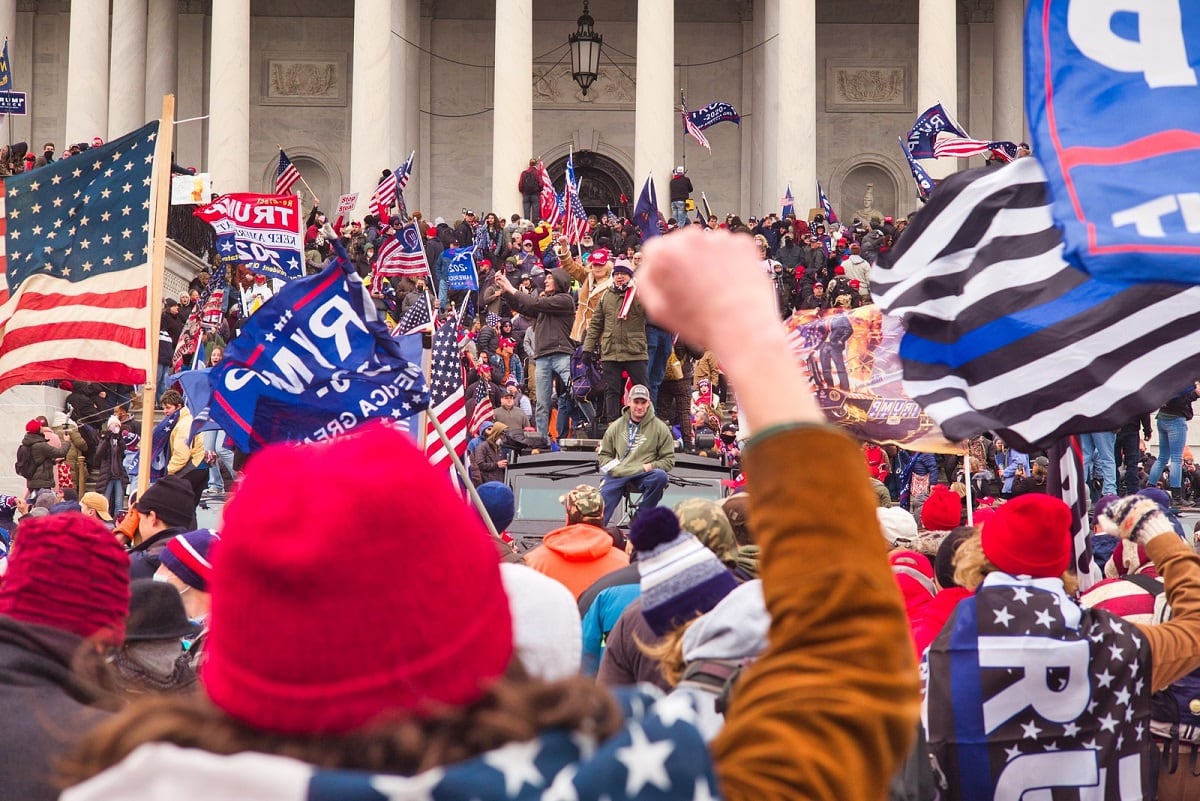 Everyone is a victim; no one is to blame. We are all quick to accuse others; slow to acknowledge our own guilt. We cry foul when our opponent lies or misleads to get what they want – but consider it justified when our tribe “stretches the truth” to accomplish what we call a “greater good.” We all want people to be tolerant of differing views – as long as they agree with our specific definitions of what’s right.

We want democracy – as long as everyone votes the way we want. We want freedom of the press – unless an outlet disagrees with our positions. We want the freedom to do whatever we want – and to be immune from any negative consequences. Everyone wants the liberty to decide what’s true and right for themselves – and get angry at others whose “truths” are different.

And we ask with genuine dismay: what’s wrong with our country today?

The political dysfunction and polarization in America has been well chronicled, and most recognize the threat it poses if changes aren’t made. It is what’s happening under the radar, however, that’s most concerning and puts the viability of our country at a greater risk: a creeping arrogance and self-centeredness that afflicts all with near equality: blacks, whites, Asians, Hispanics, Republicans, Democrats, Independents, religious, atheist, men, women, gay or straight.

Citing “arrogance” as a major risk to the fabric of our country would seem at first blush to be an exaggeration. We typically think of arrogance as a distasteful character trait but don’t typically associate it with risk factors that threaten us as a nation. But when we consider how arrogance is manifesting in this age, the nature of the danger begins to emerge.

Merriam-Webster defines arrogance as, “an attitude of superiority manifested in an overbearing manner or in presumptuous claims or assumptions.” Increasingly in America today, however, to that definition must be added, “a position that all one’s beliefs are true, correct, and superior; anyone who disagrees is not only wrong, but dangerous.” That is certainly evident in political Washington.

Hard-core Democrats don’t just believe that Republicans are wrong, they hold them to be a danger to the Republic that must be thwarted. Republicans likewise believe Democrats are wrong and evil. During the 2020 election cycle, both sides warned that the safety of the country would be at stake if their side lost. That was, in part, the motivation for the thousands who violently stormed the Capitol on January 6. But the attitude is not merely limited to Washington, DC.

It permeates our everyday life. We see it when we get on the road any given day. If someone doesn’t drive the way we want, we often explode in anger – not infrequently in violence, often leading to death. It’s also seen in merely the way we drive: speed limits, lane restrictions, etc, are for other people to follow, but if a given driver feels like driving 20, 30, or more miles per hour above the speed limit, there is little to no concern about the risk they’re posing to other people’s lives.

In the Washington, DC metro area last year, for example, despite the fact traffic was significantly reduced because of the pandemic, deaths increased on the region’s roads, in large measure because of an increase in speeding and reckless driving.

Arrogance is also on daily (hourly) display on Facebook, Twitter, and other social media. People don’t merely share their opinions but feel a need to demonize those who hold different opinions, and often excoriate their opponents in vicious and demeaning terms. We’ve even seen some so impatient, that when a drive-through service at a restaurant wasn’t fast enough, someone shot at the workers. But there are far worse societal permutations.

According to one tracker, there were over 600 mass shootings in America in 2020. Already we’ve had a shocking number already this year, the latest being the barbaric attack near the airport in Indianapolis on Thursday. As was the case with the Atlanta shooting in March, most of the murders come from anger and rage because of a disagreement with the victims – or simply that the killer hated the victims – arrogantly believing their own views so strongly they were willing to murder to support their beliefs.

This, of course, only fuels other existing disputes, with the advocates of gun restrictions citing every attack as evidence of the need for gun control, and advocates of gun freedoms rally around the flag of the 2nd Amendment to defend their cause with great veracity; both sides feel ever more embittered towards their ‘enemy.’  And it goes on and on, the cycles of anger and arrogant presumption getting ever more deeply entrenched.

A Change of Mentality will Help

Though it is increasingly unpopular in today’s America, it might be a good idea to turn to the Good Book for some answers. The Bible says the best way to live successfully in this sinful, flawed world, is to do unto others as we would have them do unto us; to consider others as more important than ourselves; to avoid returning evil for evil but return good for evil; not to seek revenge; not to judge our fellow man according to our own standard – and that, yes, we are our brother’s keeper.

Such ideas are typically rejected as child-like, naive. But it is reasonable to ask: has the rejection of those ideals been better for America? With no standard of morality, everyone is free to do whatever is good in his own eyes, with the predictable result that when everyone has a different set of values, there will be perpetual and – as we see on a daily basis – frequent clashes of these different values.

If we want to survive this dark and worsening season, if we want to live in a country that is peaceful, pleasant, and prosperous for all, we’re going to have to put an end to the arrogant belief that “I am always right;” that anyone who disagrees with me is an enemy; and have to stop demanding everyone accede to our view of what is right.

A Change in Behavior is Necessary

We must then start to genuinely have concern for our fellow countryman – regardless of color, creed, or any other category – and respect differences. It doesn’t always have to be our way. “Compromise” is not the dirty word it’s become, but is an adult, mature, and responsible tool to use to navigate the differences of views in this country so that we can live in something approximating harmony.

We don’t have to like everyone, we don’t have to change our beliefs, and we don’t have to seek some unobtainable “unity” standard. We have to simply stop arrogantly believing that every idea we have is right and all differences are wrong and must be actively resisted.  A better country and a beautiful America are still possible. But getting there will require vanquishing arrogance.