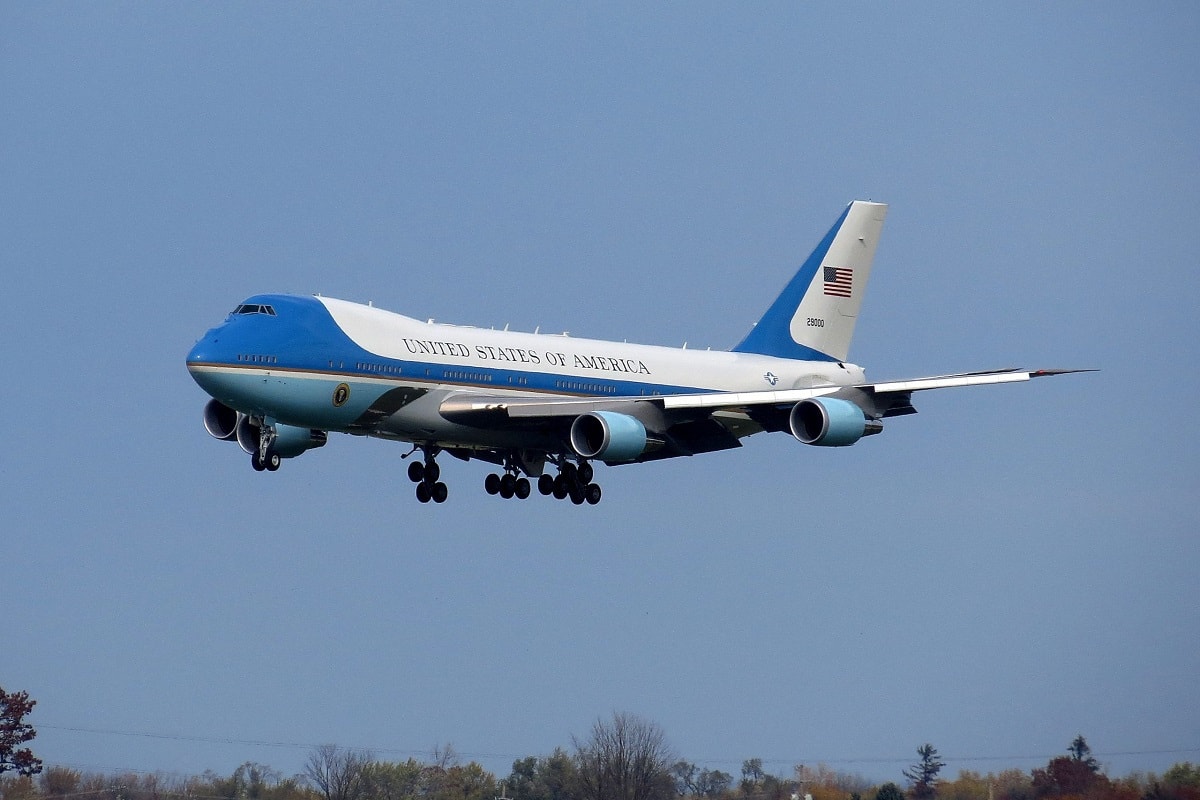 Former President Donald J. Trump may have initiated the efforts for a new presidential aircraft, but it seems unlikely he’ll ever get to actually take a ride on the aircraft. And, oddly enough, the same could hold true for President Joe Biden, as it was reported that Boeing may miss the 2024 deadline for the new plane.

The aerospace giant has faced serious turbulence in recent months, including a legal dispute with a sub-contractor and production issues.

The global novel coronavirus pandemic impacted Boeing, which is the lead contractor on the project. Even as its workforce was able to get back on the job, the two new planes that could carry the designation “Air Force One” have faced additional challenges.

FoxBusiness reported that the costly project has been plagued with a legal dispute with Texas-based GDC Technics, which had been hired to build the custom interiors for the new aircraft.

The U.S. government began the process to have Boeing build the new planes to carry the president during the Trump administration. In a unique move, Trump negotiated a deal with the aerospace firm to acquire a pair of unused 747 wide-body jets that had originally been intended for a Russian airline. After that company went bankrupt, the two aircraft were purchased for use as the flying White House.

There had been some controversy early on, including the hefty $5.3 billion price tag for the two planes, but also the fact that Trump had ordered for a new color scheme to replace the design that had been overseen by former First Lady Jackie Kennedy decades ago.

While the president of the United States doesn’t normally face “delays” when flying – apart from weather and security issues – it now seems quite likely that the two new 747s won’t be ready for service until at least early 2025 or perhaps later.

It could be a “people problem” of sorts.

Boeing announced that it lacks the “sufficient personnel” required to meet both the deadlines and standards of the project. The company has also cast blame on its sub-contractor.

“As a result of GDC’s failures, GDC missed numerous deadlines and delivery dates, caused myriad disruptions to the VC-25B program, and made insufficient progress on the aircraft interior work that it was required to perform,” Boeing claimed in a statement.

The company has already reported a drop of ten percent in sales of jet deliveries, due to quality issues. The issues have included the grounding of all of its one hundred and six 787 MAX jets due to electrical issues.

In the case of the 747s intended for presidential use, GDC has countered and claimed Boeing has been responsible for the numerous delays.

In its April 16 court filing, GDC noted, “It is Boeing’s project mismanagement, not GDC, that caused the delivery of the two Air Force One Aircraft to be delayed beyond the expected completion date.”

Boeing has said it hopes to get the Air Force project back on track, and unless President Biden wins his reelection, it is unclear who will be the first president to actually fly in the aircraft.