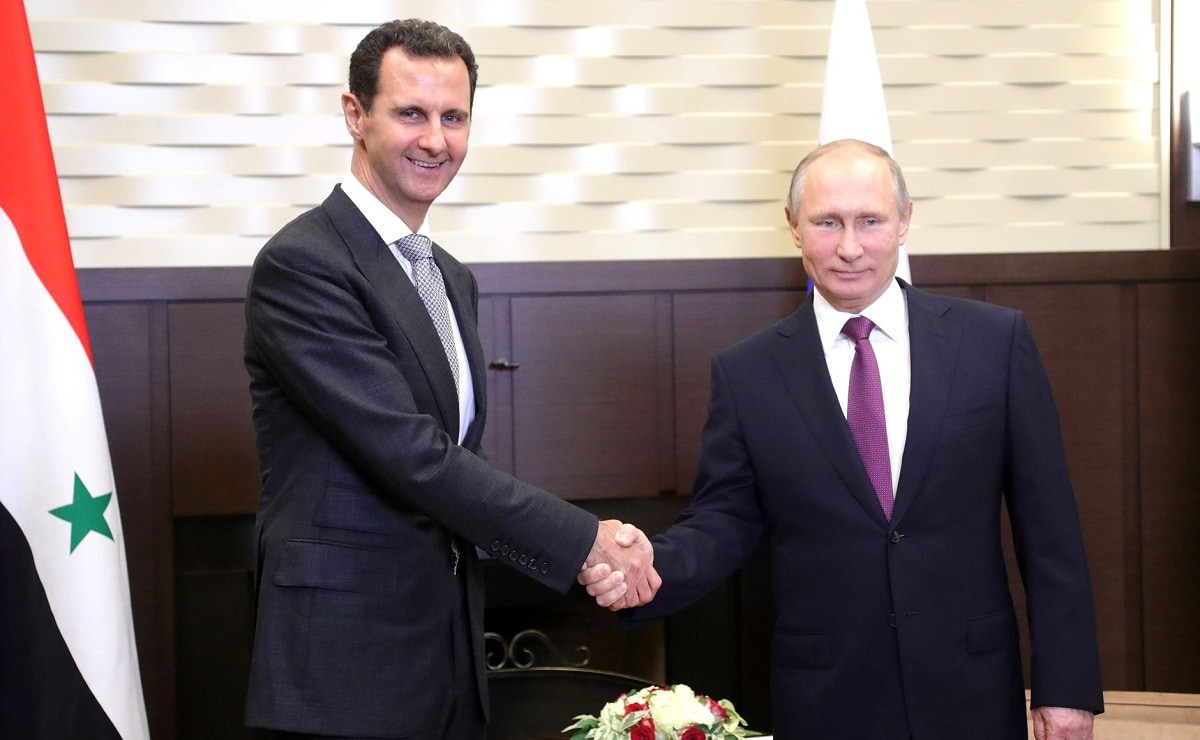 Syrian dictator Bashar al-Assad is all but guaranteed a victory in an election scheduled for May 26, a sham no serious observer considers free and fair.

As this latest chapter of the Syrian decade-long tragedy continues to unfold, Russia, a chief Assad supporter, is using the election to promote its own broader narrative and build influence.

How Russia Is Using the Election To Its Advantage

The Russian foreign affairs ministry decried the “alleged illegitimacy” of the election as interference in Syria’s internal affairs.  “No one has the right to tell the Syrians when and under what conditions they should elect their head of state,” said the ministry’s statement. Then it proceeded to denounce the “illegal foreign occupation” of Syrian territory, implicitly referring to the US.  Russian officials have made it clear over the years the Kremlin wants the small remaining American contingent to leave Syria. They remain committed to this goal.

Russia’s Kommersant presented Russia as the voice of dispassionate reason which “calls for respect for the basic law of the [Syrian] republic,” rather than denounce the outcome of the election before it happens.  To an uninformed audience this may sound sensible—and this is partly the point of Kremlin messaging— but the reality is another matter entirely.

The UN Security Council Resolution 2254 outlines steps for a political transition for Syria. The resolution chartered a Syrian-led and UN-facilitated political process that established a transitional governing body, a new constitution agreed upon by the Syrian constitutional committee, and  UN-supervised elections that meet “the highest international standards of transparency and accountability, with all Syrians, including members of the diaspora.”  Nothing of the sort is taking place, which makes the upcoming election a cruel and predictable farce.  To date, negotiations in Geneva failed to produce a new constitution as the Assad regime, shielded by Kremlin diplomacy, purposely stalled the discussions.

It would be tempting to say that Moscow is simply rejecting the UN resolution it signed, but the reality is more nuanced. Rather, the Kremlin promotes a different interpretation of the UN resolution–it finds nothing that explicitly prohibits holding the elections now with the current Syrian constitution in place. In earlier years, Moscow diluted legal documents such as the 2012 Geneva communique, on which Resolution 2254 is based, precisely to leave these terms vague.  Thus, Moscow not only supports Assad as a “legitimate” ruler of Syria but also erodes from within the spirit of international institutions that envisioned his eventual departure. In essence, this is the purpose of Russian diplomacy on Syria.

In addition, as the Syrian election nears, Moscow renewed its longstanding claim that sanctions against Assad, and especially the so-called Caesar act, hurt the Syrian people. This claim is part of the Kremlin’s narrative that portrays the West is aggressive and destabilizing, bent on ousting regimes it doesn’t like, as opposed to Russia that stands for respect of international law, anti-terrorism and Syrian sovereignty. The Caesar Act, named after a Syrian military defector who documented evidence of Assad’s war crimes, officially took force in July 2020. It sanctions governments, companies, and individuals indirectly funding Assad’s regime. The Syrian people are not the target, while the act does not hinder the provision of humanitarian aid to the Syrian people–rather Assad, with Moscow’s support is doing that.

It is no accident Moscow is now focused on sanctions.  Leveraging humanitarian assistance to support Assad is crucial to Moscow’s play. Just as Moscow blocked last year’s UN efforts to deliver cross-border humanitarian aid to Syria, it appears set to do the same this summer at the upcoming vote as it pushes for the aid to be delivered from Assad-controlled areas. Perhaps nothing highlights the Kremlin’s position as clearly as this month’s conversation with Vladimir Putin and UN Secretary-General Antonio Guterres. “When considering the humanitarian situation in Syria, concern was expressed over the tightening of unilateral sanctions against the legitimate authorities of the Syrian Arab Republic,” according to the Kremlin’s statement about the meeting.

Indeed, to shift pressure away from Assad, the narrative that sanctions—rather than Assad—are suffocating the Syrian people has resurfaced in the Russian state-controlled press in the context of the Syrian election.  In a recent interview Russian foreign affairs minister Sergei Lavrov said the West aims to “suffocate the Syrian people so that they stand up and overthrow Syrian president Bashar Assad,” echoing earlier comments published in Russia’s Izvestiya by the Syrian ambassador to Russia Riad Haddad, “they do everything they can do suffocate us.” Moreover the argument that sanctions against Assad are ineffective or harm the civilian population has taken hold in the West, showing that it is not immune to Kremlin narratives. The Middle East region too has shifted towards the Kremlin position as the Arab League moves closer to accepting Assad, something Lavrov has not failed to highlight. “[M]any Arab countries are realizing the importance of restoring ties with Damascus. For our part, we fully support this readiness,” he told Egypt’s Al-Ahram last month.

In this context there is a hint of indifference to the West in Russian press comments.  One Russian analyst quoted by state-run RIA Novosti said that even if the West does not accept the Syrian election as legitimate it will still have to deal with Assad. In a similar vein, Vitaly Naumkin, director of the Institute of Oriental Studies told Kommerstant reporter in the article cited earlier, “There is no tragedy that the West does not recognize the [Syrian] elections. Obviously, Assad will win. But there are sane people in the West who understand that the idea of postponement [of elections] is absurd, since in that case anarchy and chaos will ensue.”

A Sad Past, Present, and Future

It’s hard to see how legitimizing a man who spared no depravity to cling to power and plunged his country into a war that destabilized the entire region will bring stability. Moreover Western non-recognition of Syria’s “election” matters as does its commitment to Syria and more broadly the global order that the Kremlin seeks to erode— an order that says there are limits to what a state can do to its citizens.  It also matters that while the true scope of Syria’s horrors has largely gone unnoticed by the Russian public a group of Russian human rights groups recently unveiled a report, the first of its kind, that describes Russia as a perceived gross violator of humanitarian law in Syria, not a liberator.  The Kremlin made many serious gains in its great power contest with the West as a result of Vladimir Putin’s intervention to save Assad. But the story of Russia’s Syria adventure is not over and the US role remains crucial.

Anna Borshchevskaya is a senior fellow at The Washington Institute for Near East Policy and author of the upcoming book “Putin’s War in Syria: Russian Foreign Policy and the Price of America’s Absence.”