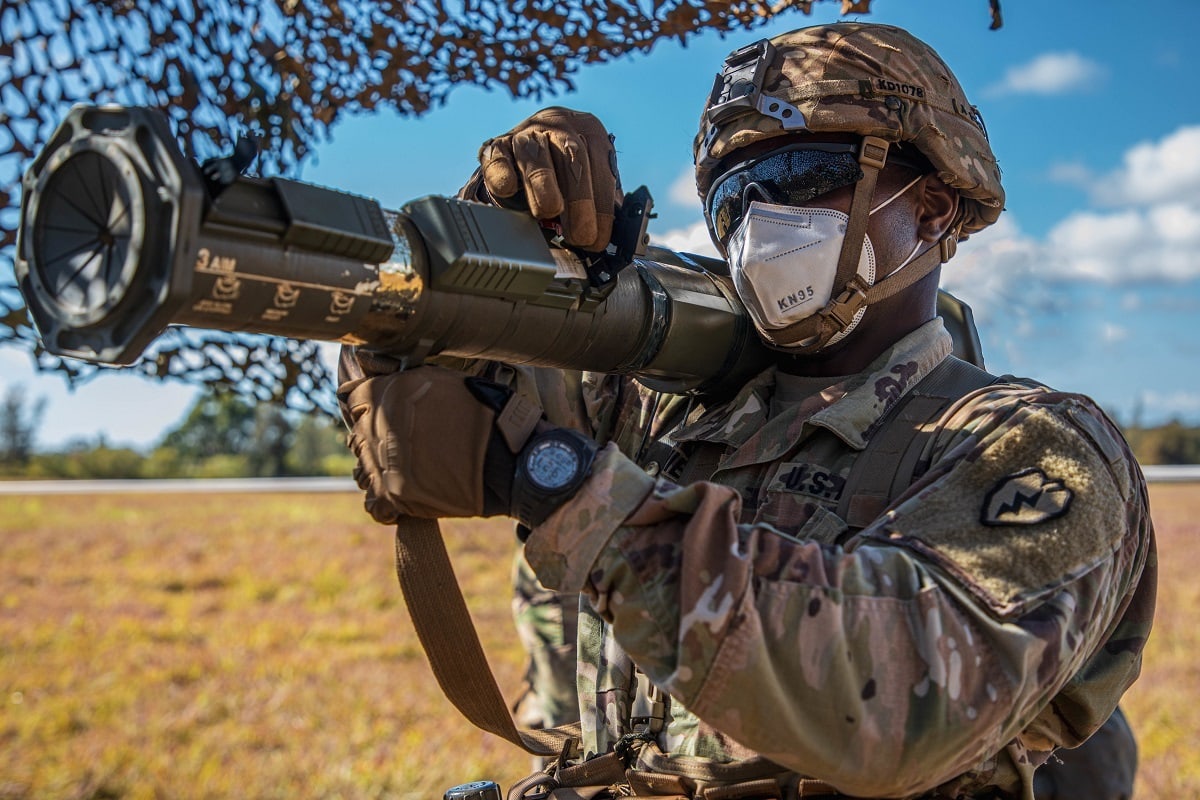 Soldiers from across the 25th Infantry Division and U.S. Army Hawaii test their proficiency in basic infantry and Soldier tasks in the hopes of earning the Expert Infantryman Badge or the Expert Soldier Badge. The Expert Infantryman Badge is reserved for Soldiers possessing military occupational specialties of infantryman or special forces while the Expert Soldier Badge is open to the remainder of Soldiers aside from medics. (U.S. Army photo by Sgt. Sarah Sangster)

In an interview with Military Times on Thursday, Gen. Frank McKenzie, commander of U.S. Central Command, said, despite the looming withdrawal from Afghanistan, there is no such plan to end America’s other forever-war in the Middle East. The U.S. military, he said, is “going to stay in Iraq.”

President Biden would be wise, however, to reject the general’s advice and withdraw our troops from Iraq, as our presence there does not make our country safer.

McKenzie’s desire to cling to the combat mission in Iraq is symptomatic of the position held by many in Washington’s foreign policy establishment. The concept of using force to solve America’s international challenges is not only the preferred tool of statecraft for countless U.S. opinion leaders but these advocates recoil, almost reflexively, from the idea of downsizing any ongoing combat operation.  As is the case in a disturbingly large percentage of occasions, the reasons cited for retaining the operations are paper thin.

When President Bush invaded Iraq in March 2003, America’s conventional forces utterly annihilated Saddam Hussein’s troops in mere weeks of fighting. Instead of withdrawing the troops after the victory like his father had done in 1991, Bush 43 changed the mission to nation-building and dismantled Iraq’s governing institutions, setting the stage for the rise of a deadly insurgency. By late 2005, the war was rapidly deteriorating, with no rational prospect for victory.

In early 2007, Bush ordered a surge of troops to Baghdad and sent Gen. David Petraeus to command the operation to reverse the losses. The war took a dramatic turn for the better in late 2007 when the Iraqi people joined with Petraeus’ troops in what became known as “The Anbar Awakening” and later with the “Sons of Iraq.” But therein lies a crucial point: when Iraqi citizens had had enough, they themselves took action to end the fighting.

As I have previously explained in detail, the Iraqi surge succeeded in dramatically reducing violence in the country not because of the addition of five surge brigades in Baghdad, but because an Iraqi Sunni named Sheik Abdul Sattar Abu Risha rose up and convinced his co-religionists to turn against al-Qaeda in Iraq.

Without the Iraqi citizens initiating the movement, however, the U.S. troop surge would likely have had no lasting effect on the fighting. Gian Gentile, a former Army Col. who commanded a battalion in Baghdad, told me in 2010 that without the actions of the Iraqi people, the surge would never have worked. “Without [that help], 20 more brigades would not have stemmed the tide of violence.”

Yet the narrative that sprang up in Washington was that Petraeus’ military strategy – not the Iraqis turning against al-Qaeda – was the sole driver of success. When ISIS overran several Iraqi army divisions in 2014, many in Washington blamed President Obama for having “abandoned” Iraq when he withdrew the final U.S. troops in 2011.

As sober analysis makes clear, however, the reason for Iraq’s poor performance had little to do with the absence of American troops and everything to do with the self-destructive policies of then-Prime Minister Nouri al-Maliki and his political repression of Sunnis; no number of American combat troops would have affected the toxic political dynamics at play in Baghdad. The twin myths that the military surge won the Iraq war and that our 2011 withdrawal produced ISIS’ rise are playing a pernicious role in thwarting the ending of other unnecessary wars.

When ISIS seized territory in Syria and Iraq in 2014, the best thing Obama could have done for American security would have been to use our intelligence, surveillance, reconnaissance and global ability to strike direct threats to U.S. security (ISR-Strike) to contain any ISIS threat to those two war-torn countries. It was Assad’s Syria and Maliki’s Iraq that faced the greatest threat from ISIS – and it was those two leader’s policies most responsible for ISIS’ rise.

Had Obama kept U.S. troops out, Assad and Maliki would have borne the brunt of the fight to defeat ISIS. For American security, it wouldn’t have mattered if the fight to deprive ISIS of its territorial holdings took years longer than it did; Obama could have kept us safe indefinitely by preventing any ISIS attack against our homeland or people with our powerful ISR-Strike. We never needed to send troops back to Iraq to keep us safe from ISIS.

When President Trump assumed office, he aggressively prosecuted the anti-ISIS mission until the terror group’s physical territory was denied in Iraq in 2017 and in Syria in 2019. Yet when he tried to withdraw the troops, Trump was met with fierce resistance from establishment Washington figures. James Mattis, Trump’s Secretary of Defense, went so far as to resign from office rather than execute the president’s order to withdraw.

Biden is now the fourth president to grapple with the Iraq war and the fourth to face pressure from advocates of continuing the war. Yet the fact is the mere existence of ISIS in its shadowy form in Syria – or any of the reported dozen other countries where they or affiliates operate – does not represent a direct threat to America that calls for an indefinite presence of troops on the ground.

The U.S. State Department recognizes a staggering 72 terror organizations around the world who may pose a threat to our country. It would take millions of troops, deployed around the world, to effectively control so many terror groups, and that is obviously not necessary to ensure our safety from them. What is successful, however, in keeping us safe from any terror group that seeks to harm Americans is our powerful, global ISR-Strike capacity – not keeping a small number of troops deployed abroad.

ISIS’s remnants will not be eradicated from Iraq or Syria because of a few American troops on the ground any more than we will destroy the other 71 terror groups that pose a potential threat to America. It is time we recognize the ground truth that our safety is not improved by deploying combat troops – in any number – to Iraq and Syria. It is time to fully, finally withdraw them all.