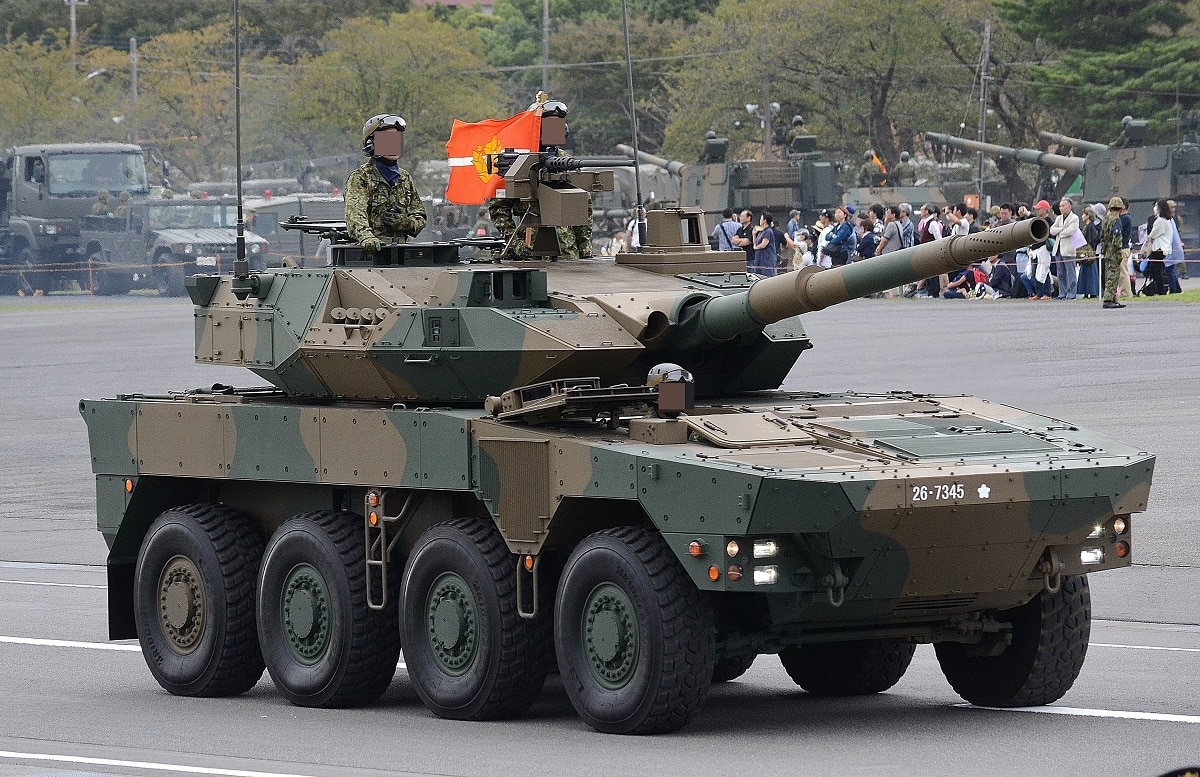 Japan’s military has never been a top-tier “tank force,” and while it developed some very good tanks during the Cold War to address fears of a Soviet invasion, it is going another direction as it now prepares for a Chinese attack on the island nation hopes never comes.

Instead of going with larger tanks, the Japanese are instead focused on smaller, lighter vehicles that could provide the essential mobility needed to deter or fend off an invasion on Japan’s southern most islands.

Japan and the Tank

At the end of the First World War, the Japanese military purchased its first tanks from its British and French allies. It was only in 1925 that the Imperial Japanese Army established its first armored force, and began to develop indigenously-built tanks. It succeeded in its efforts to develop some innovative tanks, but it lacked the industry to truly create a tank on par with anything the European powers fielded.

However, that mattered little as Japan faced no threats from major powers that had superior tanks. Instead, it focused on building warships that could help it mount its campaign across the Pacific.

Even as the tanks held their own in an undeclared border war with the Soviet Union in the 1930s, it was apparent that the Japanese armor had fallen significantly behind western designs. During the Second World War, Japan’s tanks proved no match for the American M4 Sherman, which was an underdog when taking on German tanks in Europe, but was the top dog in the Pacific.

During the Cold War, even as it was focused solely on defensive rather than offensive operations, the Japanese developed superior tanks that could help it fend off an attack from the Soviet Union. This included the Type 61 and Type 74 main battle tanks (MBT), while in 1990 Japan’s Ground Self Defense Force (GSDF) introduced the Type 91.

The Role of the Tank in Japan

According to a report from Business Insider this month, the GSDF is refocusing its armored force. Instead of fearing an invasion by the Soviets from the north, the new emphasis is now on the looming threat of an invasion from China in the southern islands.

The Japanese Self Defense Force (JSDF) has announced plans to cut its tank force to just 300 vehicles in the coming years, while also replacing the older Type 61 and Type 74 tanks with newer Type 10 MBTs and Type 16 Mobile Combat Vehicles. The force is leaner but far more mobile and agile – which could be crucial in fending off an amphibious assault.

Type 16, which was first publicly revealed in 2013, was designed for light to medium territorial defense and tactical reconnaissance. While it is wheeled, it still utilizes a tank turret and functions as a light tank. The Type 16 therefore can provide direct fire support for infantry units and can engage hostile armored vehicles as well as buildings and field fortifications.

Type 16 is armed with a 105mm rifled gun, a licensed copy of the British Royal Ordnance L7 built by Japan Steel Works (JSW). The gun is entirely compatible with standard NATO 105mm ammunition. The vehicle lacks an automatic loader however and instead requires that rounds are loaded manually, reportedly due to balancing issues within the turret, but this also saved on development and production costs.

Japan may be relatively small, but the fact that it is made up of 6,852 islands presents a serious problem in getting armored vehicles to the potential frontlines. This is where Type 16 could be seen to be more agile and mobile as it can supplement the MBTs, operate on Japan’s entire road network and also be carried in Air Self Defense Force aircraft. Wheeled fire support vehicles are also far cheaper to produce and maintain than MBTs, and have a higher speed on hard surface roads. With its less than stellar track record with tracked tanks, it is easy to see that the Type 16 could be the perfect solution to defending the home islands from an invasion.