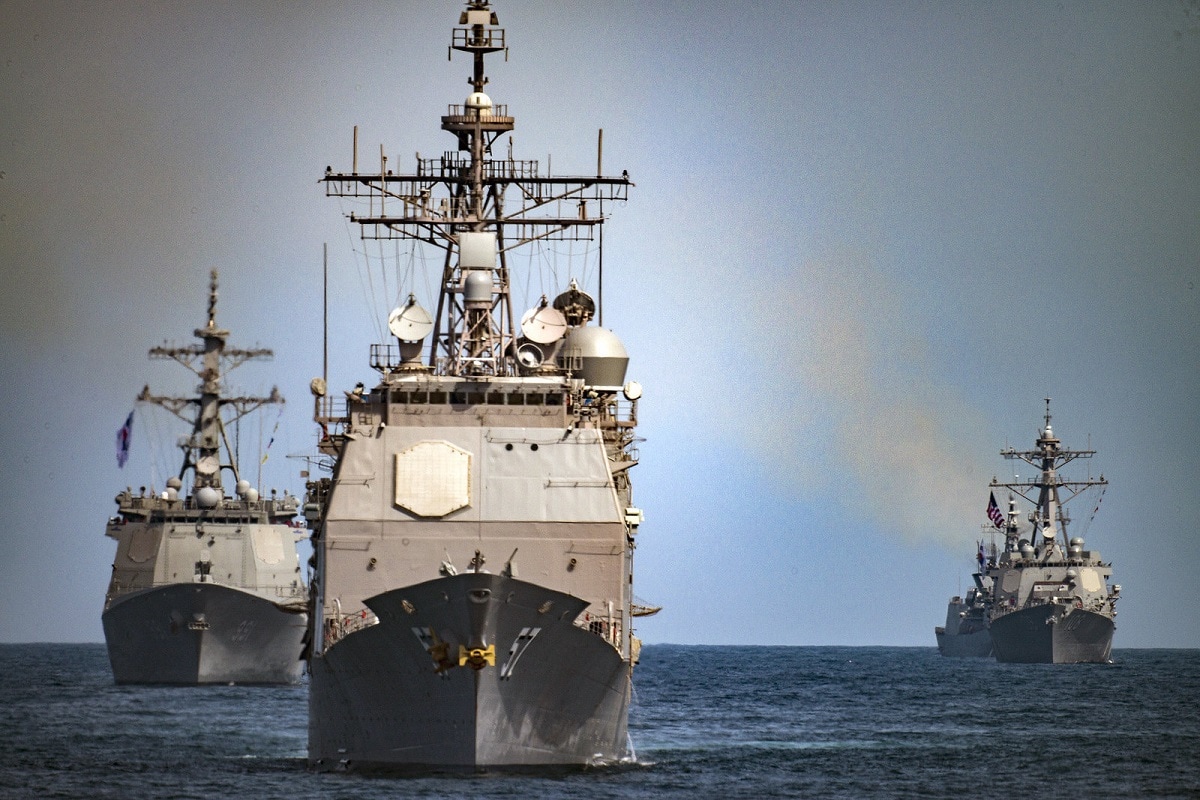 Live a T-shaped life. To oversimplify a trifle, that means trying to know something about everything and everything about one thing. It means combining breadth with depth. As industry potentates point out, constructing a team of T-shaped individuals with the right mix of specialties yields a team primed to excel. This is a philosophy the U.S. Navy’s surface-warfare community—the sailors and officers who navigate ships across the sea’s surface—ought to embrace.

At least that’s one way to interpret a recent report from the Government Accountability Office.

This month the GAO published a report on U.S. Navy readiness titled Actions Needed to Evaluate and Improve Surface Warfare Officer Career Path. Among the report’s more alarming findings: few surface-warfare officers remain in the ship-driving community for more than ten years compared to aviators and submariners. The redoubtable USNI News is on the story. Thirty-three percent of surface officers stay around compared to 45 percent of their airborne and undersea brethren. Some exchange the uniform for a business suit and leave the service altogether. Others stay in uniform but transfer into other specialties within the service.

That’s a troubling figure at a time when the navy is struggling to expand and needs more mariners to comprise crews for the new hulls. The fleet stands at 296 ships. The lower-end figure for optimal fleet size according to the navy’s latest long-range shipbuilding plan is 321 ships. The law of the land mandates a 355-ship armada, while the navy holds out hope for an upper-end ship count numbering 372. The unknown is to what extent unmanned aerial, surface, and subsurface vehicles will reshape the inventory. Whatever the case, the navy will need more sailors and officers to operate more crewed and uncrewed vessels and aircraft.

Anemic retention is a problem.

The GAO study also reviews the career path for surface-warfare officers, noting that it has remained more or less constant since the Spanish-American War, when Congress directed the naval leadership to merge engineering officers into the regular line community. In other words, surface duty makes officers generalists. They rotate from department to department in their junior years, and commonly serve on board many ship types. That makes it difficult for them to master any one discipline or vessel. Engineering in particular is not a field for dabblers. It’s hard and complex. That’s why, as the GAO team observes, some foreign navies require their officers to become specialists. An officer might spend a career in engineering, or in combat-related fields such as navigation or combat systems. Other navies have officers spend their careers on board a single ship type rather than move them around and compel them to learn a new platform during a relatively brief tour of duty.

It would be worth experimenting with such alternatives. Like strategy—and, in fact, like all of life—service at sea involves managing concentration and dispersal of resources and effort. Demanding that a junior officer become expert in multiple fields disperses effort and brainpower, and in all likelihood thins out the expertise actually amassed in any one of them. The vertical, specialist bar in a seafarer’s T-shaped repertoire of skills is short and rickety. Surface-warfare officers seem to agree. “Based on our survey results,” note the GAO researchers, “we estimate that 65 percent of SWOs believe that specialized SWO career paths would best prepare them for their duties, compared with 16 percent who believe that a generalist model like the current career path is best.”

Sounds like a supermajority to me. And yet the senior leadership seems to disagree with officers bestriding the deckplates, as the GAO team observes in its understated way. Surface-community officials “report that they engage in informal dialogue with other organizations on career path structures, but they have not considered other career paths for U.S. Navy SWOs. Furthermore, the Commander, Naval Surface Forces was not aware of any current or prior efforts to evaluate the SWO generalist career path against other models.”

Count me with the majority on this one. Let’s work toward an officer corps of Renaissance men and women.