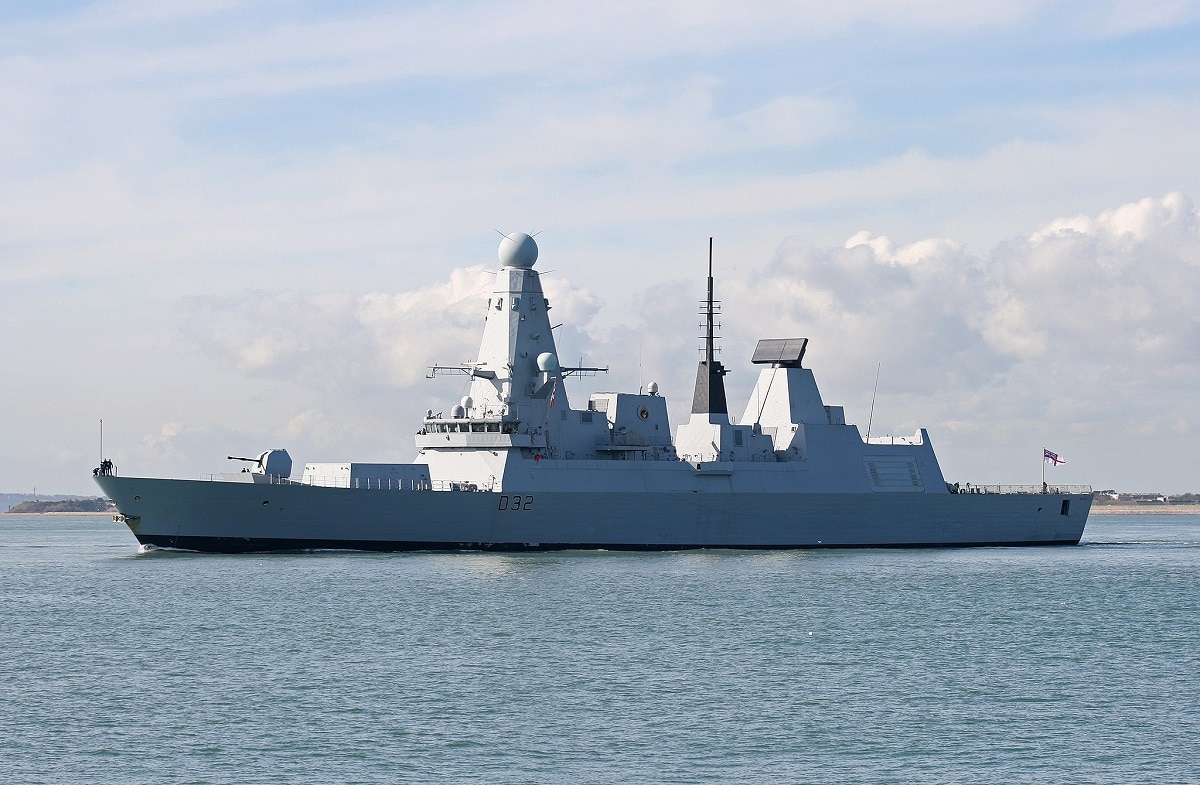 Earlier this month, the Royal Navy conducted tests of a new artificial intelligence (AI) system that could be used to counter supersonic missiles. The advanced platform was used in a live-fire drill as part of NATO’s Exercise Formidable Shield off the coast of Scotland.

Researchers from Defence Science and Technology Laboratory (DSTL) along with industry partners including Roke, CGI and BAE Systems spent a decade developing AI systems that could aid Royal Navy warships’ Command teams in assessing threats from the missiles and provide options on best to counter them. AI could accelerate engagement timelines, improve early detection of lethal threat, and provide Royal Navy officers with a rapid hazard assessment to select the optimum weapon or measure to counter and destroy the target.

During the NATO exercise, the Royal Navy’s Type 45 destroyer HMS Dragon and Type 23 frigate HMS Lancaster tested two different AI applications known as “Startle” and “Sycoiea.” Along with machine learning software, including Startle, which was developed by Roke, the AI was able to provide real-time threat assessment including recommendations and alerts, which could help ease the load on sailors monitoring “air picture” in the operations room. Startle can continuously and autonomously detect contacts that exhibit anomalous or suspicious behaviors while it can create operator alerts to enable early action against threats.

According to the Royal Navy, “Sycoiea builds upon this and is at the forefront of automated Platform and Force Threat Evaluation Weapon assignment, effectively allowing operations room teams to identify incoming missiles and advise on the best weapon to deal with them more quickly than even the most experienced operator.”

Developed by CGI, Sycoiea aids Threat Evaluation and Weapon Allocation (TEWA) operators in high tempo operations, including the assessment of track identity, classification, the certainty of hostile intent and recommends sequences of effects against multiple threats.

The Royal Navy also added that AI won’t replace the human element, but instead was designed to “augment” the work of the human sailors, while improving their rapid response to live missile threats, including those from supersonic missiles, which hare seen as a most formidable weapon in naval arsenals.

With their ability to fly faster than the speed of sound close to the water, supersonic missiles are extremely difficult to detect, while intercepting them requires almost instant calculation and decision-making. That can involve destroying an incoming threat when it comes within 5,000 ft (1,500 m) of its target.

The emergence of hypersonic weapons could increase the chances of defense operators, even with the aid of computers, being overwhelmed by having to analyze massive amounts of data, identifying threats, and launching the correct countermeasures. Addressing supersonic threats with AI and machine learning could be a first step in how that technology can help defend against the next generation of anti-ship missiles.

“It’s vital that our brave and highly skilled Armed Forces stay ahead of the game for the security of the United Kingdom and our allies,” Scotland secretary Alister Jack also told the news outlet Government Computing.

“The Royal Navy’s use of A.I. for the first time at sea is an important development in ensuring readiness to tackle threats we may face,” added Jack. “I’m proud to see that two Scottish-built Royal Navy vessels are at the heart of this exercise in the waters off the Hebrides.”