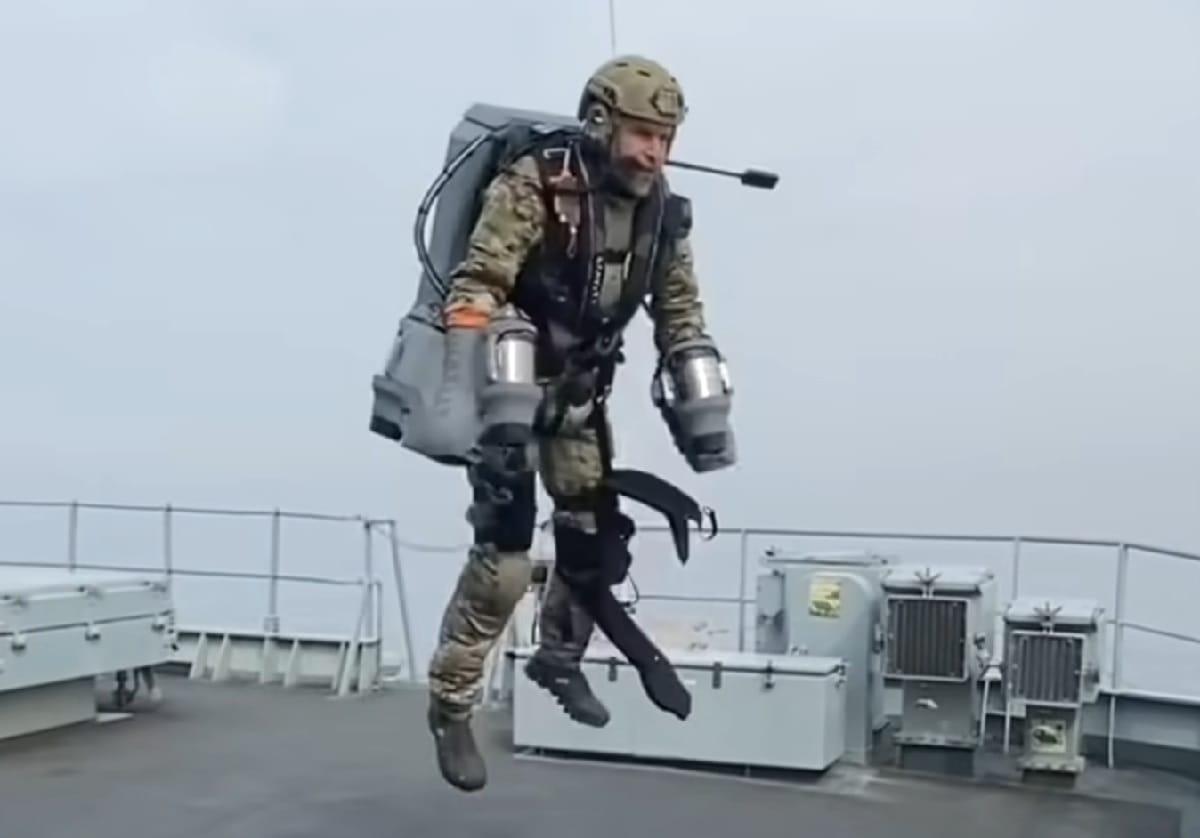 The Royal Marines have been taking flight, not in jet aircraft but in jet packs, which are being developed by Gravity Industries.

The UK tech start-up, which was founded by Royal Marines Reservist and test pilot Richard Browning, had conducted tests of its “Iron Man” styled Daedalus Mark 1 jet packs last year to determine how it could be utilized in future naval operations.

Iron Man, As In a Real Thing?

A newly released video (see below) from Gravity Industries showed how a Royal Marine wearing a Jet Suit during a Maritime Boarding Operation could fly over the boat and land on the ship. Without the jet pack, the only alternative would be to use a helicopter and have each marine fast rope one at a time or use a fast rib boat and then a caving ladder during an assault. Both methods are slow and potentially vulnerable, the company claimed.

“The vision with the Jet Suit is to provide extremely rapid access to any part of the target vessel, instantly freeing up hands to bear a weapon, and even retaining the capability to relocate on target or self-exfiltrate,” Gravity Industries said in a news release. “This is increasingly seen as a revolution in tactical capability for many special forces and has much broader application beyond Maritime boarding.”

The use of a jet suit would allow access to any part of the ship, and even allow the marines to determine where they should land and then take off quickly again. The Royal Marines have used the jet suit to conduct what is known as a “Visit, Board, Search, and Seizure” (VBSS) test operation.

The suits have reportedly been streamlined since the previous testing, but as the New Atlas noted, anyone wearing the jet suit would be wearing upwards of 20 pounds of highly flammable jet fuel strapped to the back and the range of the jet packs is still not all that great. The packs aren’t exactly quiet either, so while it could allow multiple marines to storm a ship simultaneously the roar of the packs would certainly announce their arrival.

What About the Cost?

Then there is the cost. Each Gravity Industries jet suit costs around $430,000 – meaning that a team of four would be charging into action with more than $1.5million worth of equipment on their backs. It is likely the cost of the suits will come down as the technology is refined, just as the audible level of the engines and range will likely decrease. However, there is the issue of carrying weapons – which could explain why the developer has also been testing the suit with the Great North Air Ambulance in Northern England.

Even if this jetpack system doesn’t work out for combat operations, it could be used in search and rescue missions. Of course to be practical the issue of flight time will have to be addressed. But so far it looks like this is moving beyond the proof of concept stage and could be soon used in some real-world scenarios.