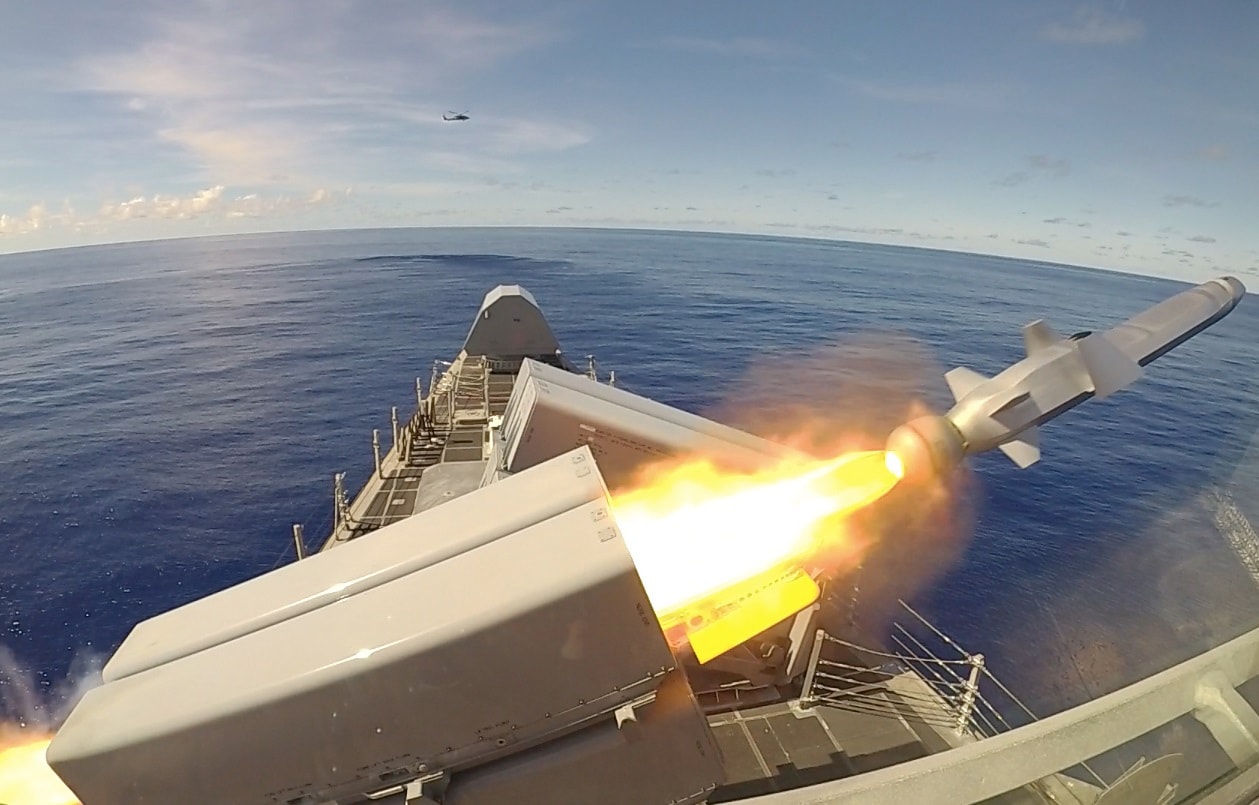 Norway isn’t exactly a naval powerhouse, nor does it have a significantly large defense sector, yet the NATO member and close U.S. ally has conducted multiple military modernization initiatives and training programs in the past decade. The increase in the Scandinavian nation’s defense budget has been driven by its participation in peacekeeping initiatives, and its industry has produced a significantly noteworthy anti-ship and land-attack missile.

Originally named the “Nytt sjømålsmissil” (literally “New Sea Target Missile”), it is the successor to the effective Penguin anti-ship missile that was developed in the1960s. It was developed by Norway’s Kongsberg Defence & Aerospace to arm the nation’s new frigates and coastal corvettes, and soon after was selected by the Polish Navy for use on its coastal defense installations.

Kongsberg also partnered with international defense contractor Raytheon Technologies to offer the easier to pronounce “Naval Strike Missile” (NSM) to the United States Navy as an over-the-horizon anti-ship missile for use on Littoral Combat Ships (LCS).

The NSM is the world’s only fifth-generation long-range precision strike missile in the world, and is currently under serial production for the Royal Norwegian Navy (RNoN), the Polish Navy, Royal Malaysian Navy, Royal Canadian Navy, Germany Navy and Romanian Navy. It is also employed on the U.S. Navy’s Freedom-class LCS and Independence­-class LCS warships as well as the Constellation-class frigates. India and Ukraine have also expressed interest in the platform.

The precision strike weapon, which can carry a 500-pound class warhead with a programmable fuse, can seek and destroy enemy warships at distances greater than 100 nautical miles. It features an airframe design with a high thrust-to-weight ratio that provides the NSM with excellent maneuverability, and while the missile is completely passive it has sea-skimming capabilities and advanced terminal maneuvers to penetrate an enemy’s air defenses.

The NSM utilizes GPS-aided mid-course guidance with a dual-band imaging infrared (IIR) seeker, which can help it detect and discriminate enemy targets. The platform’s Autonomous Target Recognition (ATR) in the seeker ensures that the correct target is detected, recognized and hit. The NSM could also be well suited for land-attack missions as the missile can climb and descend with the terrain.

The U.S. Navy’s NSMs, along with launchers and other components, are produced at Raytheon Technologies’ factories in Louisville, Kentucky, while final assembly and testing is conducted at the company’s Tucson, Arizona facility.

A multi-role air-launched version of the NSM is also in development. Dubbed the Joint Strike Missile (JSM), it would reportedly feature an option for ground strike along with a two-way communication link, which could allow the missile to communicate with a central control room or even connect with other missiles while airborne.

JSM could eventually be integrated with the Lockheed Martin F-35 Lightning II, which would be carried in the internal bays of the fifth-generation fighter aircraft.