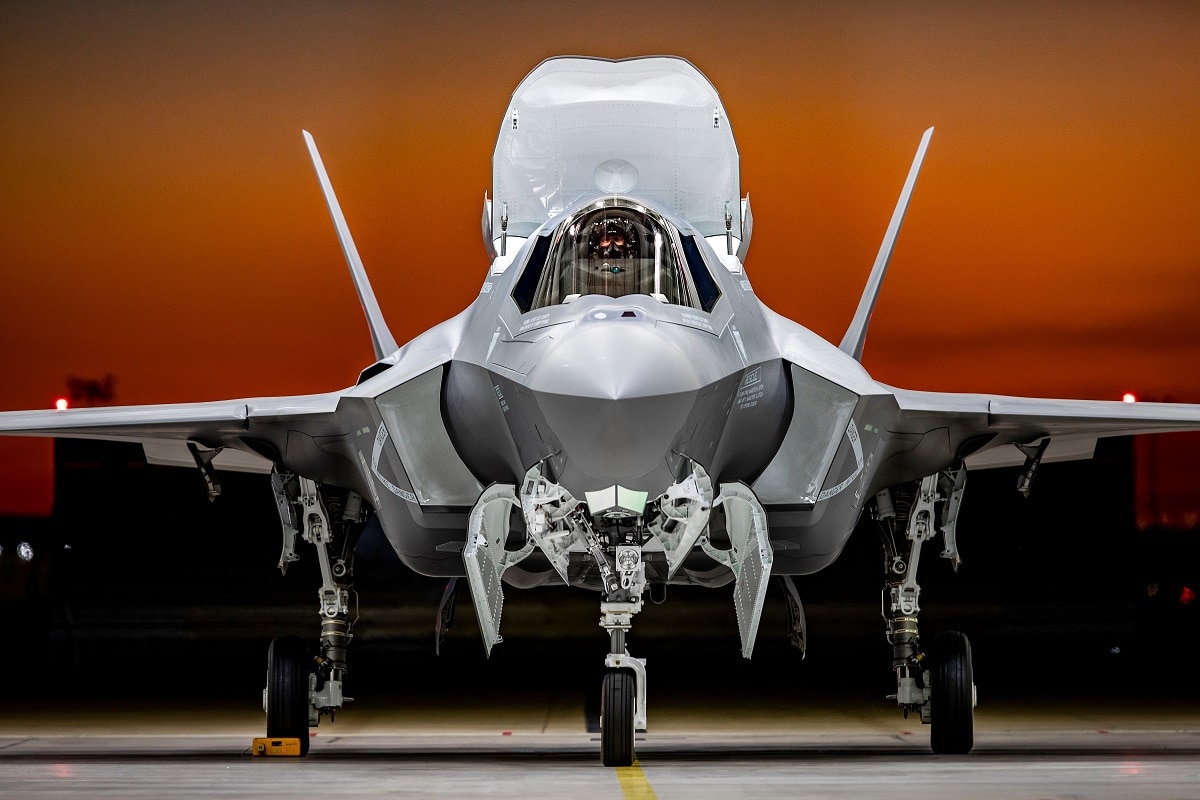 The Royal Navy’s latest aircraft carrier, the HMS Queen Elizabeth, has only just begun her maiden voyage and has already deployed aircraft in a combat operation in the Middle East. British and American Lockheed Martin F-35B Lightning II fighters took part in an anti-ISIS mission. That was the first time in more than a decade that a British carrier took part in such an operation.

The carrier was reported to be taking on the “lion’s share” of the sorties against Islamic State positions in Iraq. The F-35s from the embarked Royal Air Force 617 Squadron, “The Dambusters,” and the United States Marine Fighter Attack Squadron (VMFA) 211, “Wake Island Avengers,” flew combat operations in support of the UK’s anti-ISIS effort Operation Shader and the U.S. Operation Inherent Resolve.

“The involvement of HMS Queen Elizabeth and her air wing in this campaign also sends a wider message,” said Commodore Steve Moorhouse, commander of the U.K. Carrier Strike Group, via a statement.

“It demonstrates the speed and agility with which a U.K.-led Carrier Strike Group can inject fifth-generation combat power into any operation, anywhere in the world, thereby offering the British government, and our allies, true military and political choice,” added Moorhouse.

According to USNI News, neither the Marines nor the MoD specified the location of the missions or the targets that were struck. In a Tuesday statement, the Marines added that the blended air wing started combat operations on June 18.

This month’s sortie from HMS Queen Elizabeth was the first carrier strike operation from a Royal Navy carrier since 2011’s Operation Ellamy, which involved ten British vessels. This also marked the first time that U.S. fighters took part in a combat mission from a Royal Navy aircraft carrier since 1943 when U.S. pilots operated aboard HMS Victorious (R38) during the Second World War.

While the Islamic State certainly took notice of the capabilities of the carrier, HMS Queen Elizabeth has reportedly proven to be an “object of curiosity” for the Russian military aircraft that was operating in the Mediterranean this month.

“We’re rubbing up against Russian activity, not in a, you know, in a dangerous or aggressive manner, but you’ve just got other people out here playing in what is a fixed piece of water and airspace,” added Commander Moorhouse, who said that a Russian warship even came within sixteen miles of the Royal Navy’s flagship.

“The eastern Mediterranean used to be much, much quieter, I think,” he said. “It certainly was when I was a young officer, but there are many more actors playing here now, both at sea, on the surface and in the air.”

The Russians have wanted to get a good look at the carrier but also the F-35s.

“It’s that cat-and-mouse posturing, it’s what we expect in this region of world. And as you can imagine, it’s the first time for F-35s into the eastern Mediterranean,” said Captain James Blackmore, who commands the eight British F-35Bs and the ten helicopters aboard the carrier.

Blackmore told the Associated Press that British and Russian pilots have come within “visual distance” of one another. “So, of course Russia wants to look at what they’re like, they want to look at what our carriers are like.”

The Queen Elizabeth Carrier Strike Group left the U.K. for its maiden deployment on May 22 with eight RAF F-35Bs and ten Marine F-35s for a twenty-eight-week deployment through the Mediterranean Sea and the Indo-Pacific. It will be the first time that a Royal Navy carrier will operate “East of Suez” since 1971.