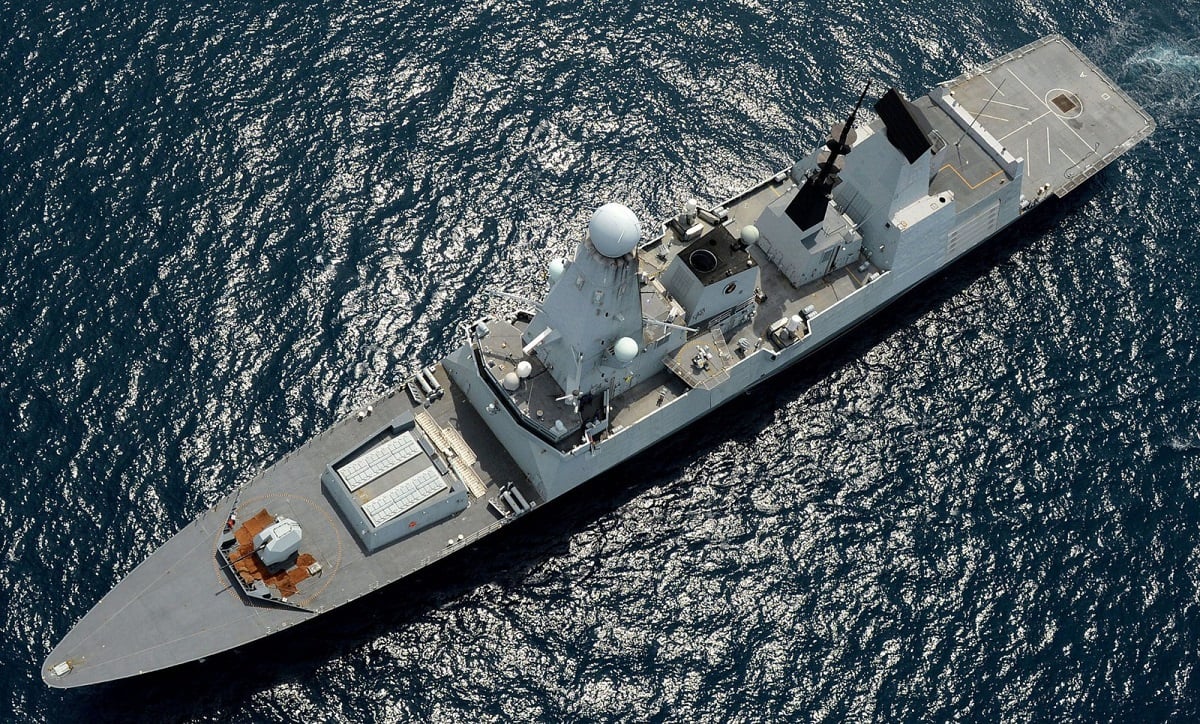 The last time that Russia and the UK went to war was in the 1850s, a conflict that was mainly fought on the Crimean Peninsula. Now nearly 170 years later the Russian Ministry of Defense has announced that a border guard ship has fired on a British destroyer in the Black Sea.

Earlier in the day, Moscow announced that the Russian Black Sea Fleet, along with the Russian Federal Security Border Control, “stopped a violation of the Russian border” by the Royal Navy’s HMS Defender near Cape Fiolent in Crimea. According to Russian claims, the destroyer traveled three kilometers deep into Russian territorial waters.

A border guard ship reportedly fired warning shots, while a SU-24M bomber also dropped warning bombs ahead of the destroyer before the ship turned back and left the Russian waters.

“At 11:52 on June 23 this year, the UK Navy’s guided-missile destroyer Defender operating in the northwestern part of the Black Sea crossed the state border of the Russian Federation and moved 3 km into the territorial sea near Cape Fiolent,” the Ministry confirmed in a statement.

Such incidents involving aircraft and vessels are not uncommon near Russia’s borders, but rarely does either side open fire.

The Royal Navy had previously announced that HMS Defender had “peeled away” from its strike group that was conducting NATO operations in the Mediterranean to carry out “her own set of missions” in the Black Sea.

HMS Defender is the fifth warship of the Type 45 or Daring-class of air-defense destroyers built for the Royal Navy. Construction of the warship began in 2006, and she was launched in 2009. The vessel, whose motto is

Defendendo vinco (“By defence I conquer”), completed her sea trials in November 2011 and she was commissioned in March 2013. The warship has a top speed of about 30 knots and operates various armaments, including Harpoon anti-ship missile launchers and short-and medium-range air defense systems.

Ukraine’s Foreign Minister Dmytro Kuleba condemned Russia’s firing of warning shots and suggested it constituted a threat to Ukraine and its allies.

“A clear proof of Ukraine’s position: Russia’s aggressive and provocative actions in the Black and Azov seas, its occupation & militarization of Crimea pose a lasting threat to Ukraine and allies. We need a new quality of cooperation between Ukraine & NATO allies in the Black Sea,” Kuleba posted on Twitter on Wednesday.

In a statement, the British Ministry of Defence denied the incident actually took place.

“No warning shots have been fired at HMS Defender,” the statement read. “The Royal Navy ship is conducting innocent passage through Ukrainian territorial waters in accordance with international law. We believe the Russians were undertaking a gunnery exercise in the Black Sea and provided the maritime community with prior-warning of their activity. No shots were directed at HMS Defender and we do not recognise the claim that bombs were dropped in her path.”