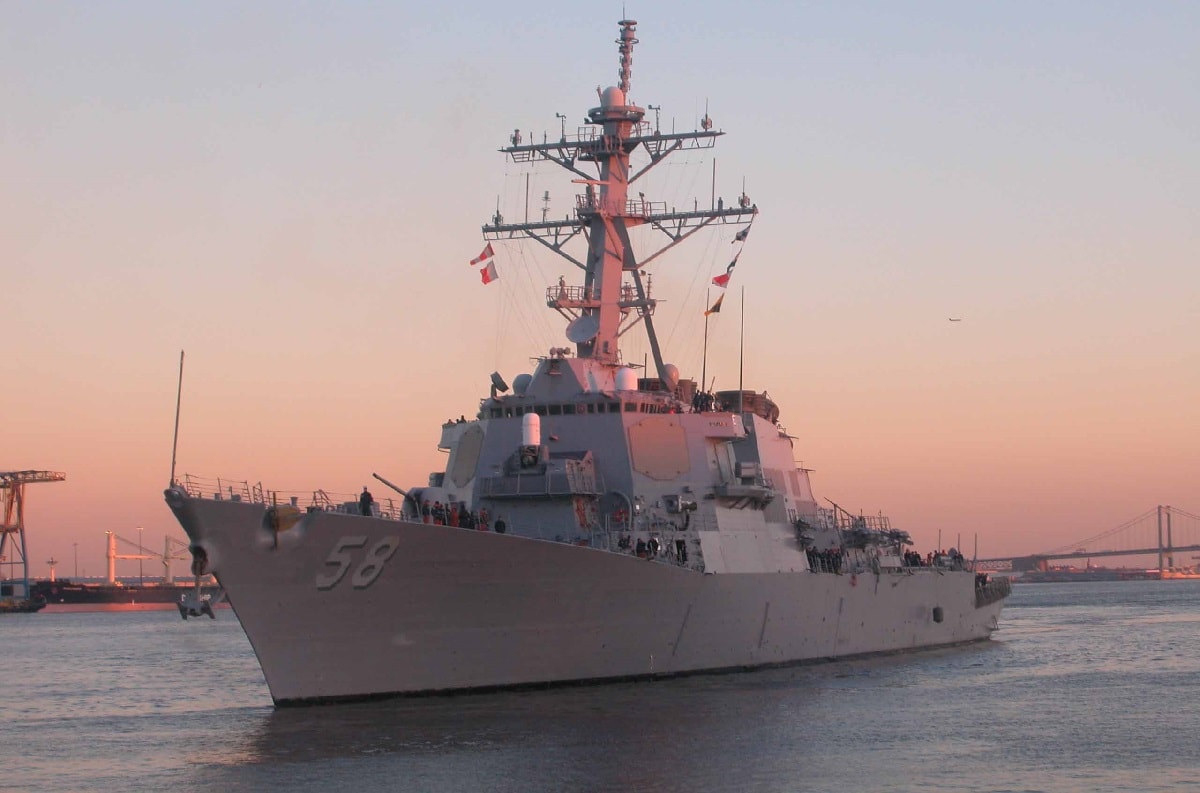 On Friday, the U.S. Navy’s Arleigh Burke-class guided-missile destroyer USS Laboon (DDG-58) entered the Black Sea. The warship, whose motto is fittingly “Without Fear,” is just the most recent American warship to make the routine transit of the Bosporus to show support for Ukraine. The arrival of the destroyer coincided with U.S. President Joe Biden’s attendance at the G7 summit in Cornwall, England and comes just days before he is set to meet with Russian Federation President Vladimir Putin in Geneva.

“We are standing united to address Russia’s challenges to European security, starting with its aggression in Ukraine,” Biden wrote in The Washington Post before setting off on his first foreign trip.

In April, Washington had notified the Turkish government that it may be sending two warships to the Black Sea, as required under the Montreux Convention on passage through the Bosporus and Dardanelles straits, in response to a Russian build-up on the Ukraine border. Laboon entered the Black Sea on Friday and was escorted by a U.S. Navy P-8A Poseidon and a NATO E-3A Sentry Airborne Warning and Control System (AWACS) aircraft, according to the U.S. Sixth Fleet.

“While in the Black Sea, Laboon will conduct maritime security operations alongside NATO Allies and partners in the region with a focus on enhancing maritime stability, combined readiness, and naval capability. This is the fifth U.S. Navy ship to visit the Black Sea in 2021,” the Sixth Fleet said in a statement.

The deployment of the Arleigh Burke-class guide-missile destroyer Black Sea was meant to strengthen interoperability with NATO allies and partners and demonstrate collective resolve to Black Sea security under Operation Atlantic Resolve. The U.S. Navy routinely operates in the Black Sea where it works with NATO Allies and partners, including Bulgaria, Georgia, Romania, Turkey, and Ukraine.

“The men and women serving aboard USS Laboon look forward to sailing in the wake of the ships before us and continuing our nation’s commitment to security and stability in the Black Sea,” said Cmdr. Chuck Spivey, commanding officer of Laboon. “The Black Sea is a vital waterway and we are ready to work with our NATO Allies and partners in the region to enhance our collective readiness and to exchange best practices in regional maritime security.”

The arrival of the warship didn’t go unnoticed by Moscow, and the Russian Black Sea Fleet’s forces tracked the movement of the USS Laboon, which is armed with Tomahawk and Harpoon cruise missiles.

“The Black Sea Fleet’s forces and capabilities have started to track the US Navy guided-missile destroyer Laboon that entered the Black Sea on June 11, 2021,” Russia’s National Defense Control Center said in a statement to Tass.

Laboon is deployed as part of the USS Dwight D. Eisenhower Carrier Strike Group (IKECSG), supporting national security interests in Europe and increasing theater cooperation and forward naval presence in the U.S. Sixth Fleet area of operations. The fleet is headquartered in Naples, Italy, and it regularly conducts the full spectrum of joint and naval operations, often in concert with allied and interagency partners, in order to advance U.S. national interests and security and stability in Europe and Africa.