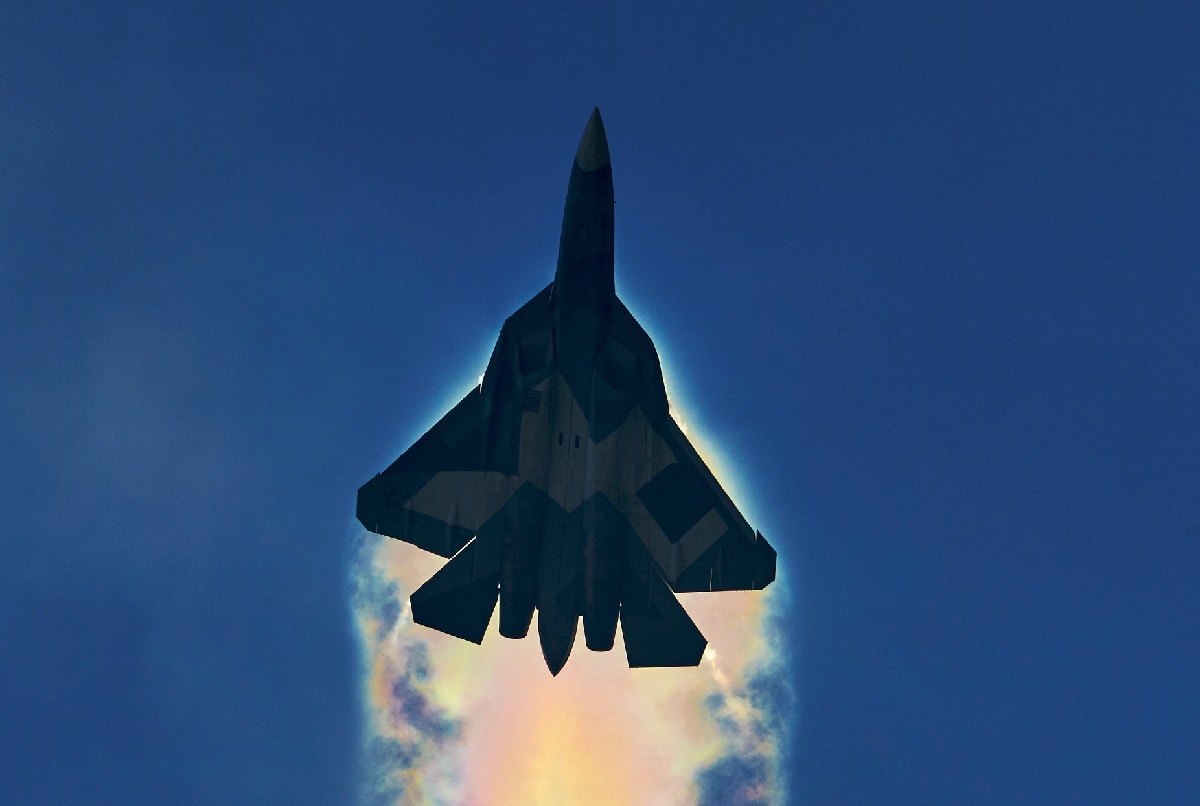 The Russian-built Su-57 is just one of just a handful of fifth-generation combat aircraft to be developed to date. And while only around a dozen have been produced, it was announced this week that the Sukhoi Design Bureau will develop a two-seat export version. Moscow had already looked to develop an export model of the single-seat, twin-engine multirole jet fighter that was designed for air superiority and attack operations, as a way to offset the high production costs.

Already five countries in south-east Asia have expressed interest in the advanced stealth aircraft, while the Russian Aerospace Force has announced it is on track to acquire twenty-two Su-57 fighters by late 2024 with its fleet set to increase to seventy-six in total by the end of the decade.

Now the Russian Defense Ministry and the Sukhoi Design Bureau are moving ahead with the planned development of a two-seat variant in its export configuration.

“There is interest in this aircraft and, in my view, it will grow with every passing year as our Russian Army is supplied with this model,” said Deputy Prime Minister Yuri Borisov during his tour to the Primorye Region in the Russian Far East, according to a report in Tass.

“Foreign customers at first look at how a particular weapon of the Russian Armed Forces operates,” Borisov added. “The Defense Ministry and the Sukhoi Design Bureau have plans to develop a two-pilot aircraft that will boost the export demand for this model … and it may create additional demand.”

The Russian state-owned high-tech conglomerate Rostec confirmed on Wednesday that a two-seat export version of the Su-57 would be developed.

“This plane can be in demand in flight personnel’s training to lower the psychological stress of inexperienced pilots, and also to perform lengthy flights over featureless terrain,” the Rostec press office said in a statement. “Let us note that no country in the world has two-seat fifth-generation fighters. The Sukhoi may become the first one.”

The Sukhoi Su-57 was already developed with an automated system that could allow the pilot to focus on searching for and then attacking enemy targets while the aircraft could handle the actual “piloting.” However, the addition of a second seat could suggest that the aircraft could employ a “Weapons Systems Officer” who could handle the radar and targeting systems as well.

The Su-57 is essentially an evolution of the Su-27 Flanker’s shape, modernized for low radar observability while providing even greater maneuverability. It was also the first Russian combat aircraft to utilize stealth technology, whilst it was also designed to have supercruise, supermaneuverability, and advanced avionics to overcome attacks from the prior generation fighter aircraft as well as ground and naval defenses. The aircraft also has supersonic cruise speed, internal weapons bays, radio-absorbing coating, and the newest onboard equipment.

Soon the export version could become the first two-seater fifth-generation fighter as well.