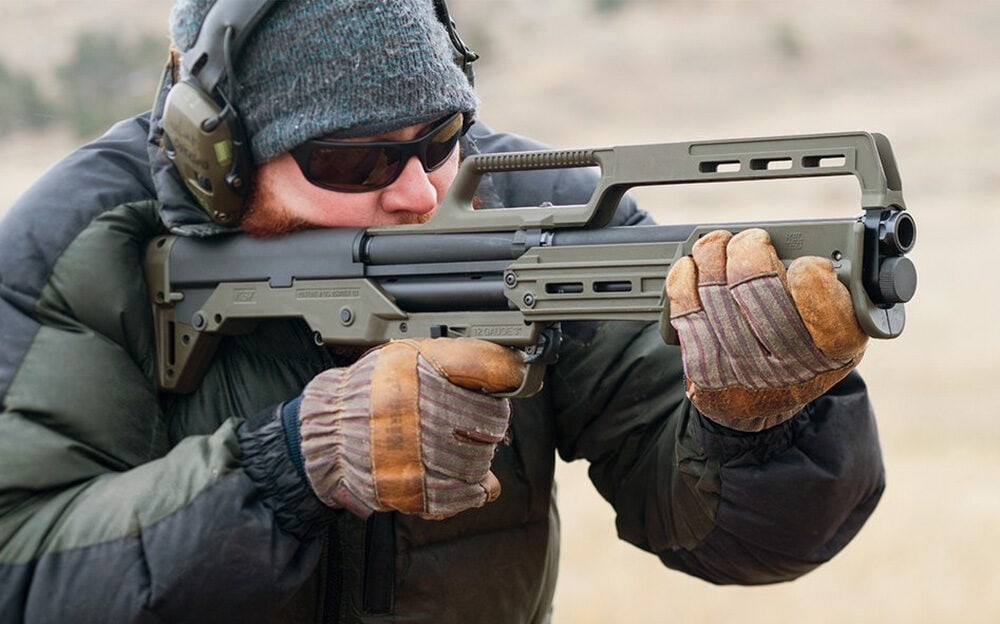 The first slide action patent for a shotgun was issued in 1854 and for years there was little that changed in the basic design. It could be argued that if it wasn’t broken there was no reason to mess with a proven formula – yet a few companies including Tavor, Mossberg, UTAS and KelTec have attempted to go far more radical. These companies understood that adhering to convention shouldn’t trump innovation.

The results have either been loved and embraced or completely loathed. One reason is that some seemed to be too specific to a particular role – such as the KelTec KSG Tactical Shotgun. It was no doubt ideal for use in tactical situations and close-quarters combat, but not exactly ideal for most “daily” situations we hope to find ourselves in.

However, KelTec was certainly on to something with its bullpup design, and for its 2020 line-up, the company introduced the KS7, which featured a radically different take on the traditional pump action. It is a modern-looking gun in every sense of the word, and easy to see how one reviewer compared it to the “Plasma Rifle” from the science fiction film Aliens.

It featured a bullpup design where the 18.5-inch internal magazine, which could hold seven rounds of 12 gauge, is located to the rear of the receiver in the buttstock. This provided all the benefits of a bullpup rifle including a compact profile that is just over two feet in length, yet still offers a full-length 18.5-inch barrel. The tube’s design featured a series of cuts that allowed shooters to see the bright white follower, which made it easy to monitor and maintain ammo supply.

The KS7 utilized rear loading and downward ejection, making it completely ambidextrous. The large square cross-bolt safety has been positioned right above the pistol grip. The pump was designed with a larger integrated handguard – no doubt to ensure that one doesn’t make the unfortunate mistake of placing his/her hand in front of this compact weapon. It also included an assault rifle-style carry handle, which doubled as sighting solution with green fiber optic bead sight.

By no means was the KS7 introduced on the market as a hunting shotgun, but unlike the KSG Tactical, this could serve as a home defense and still head out to the trails for taking down light game or target shooting.  As the company noted on its website, “It’s not your grandpa’s shotgun, unless you buy it for him.” 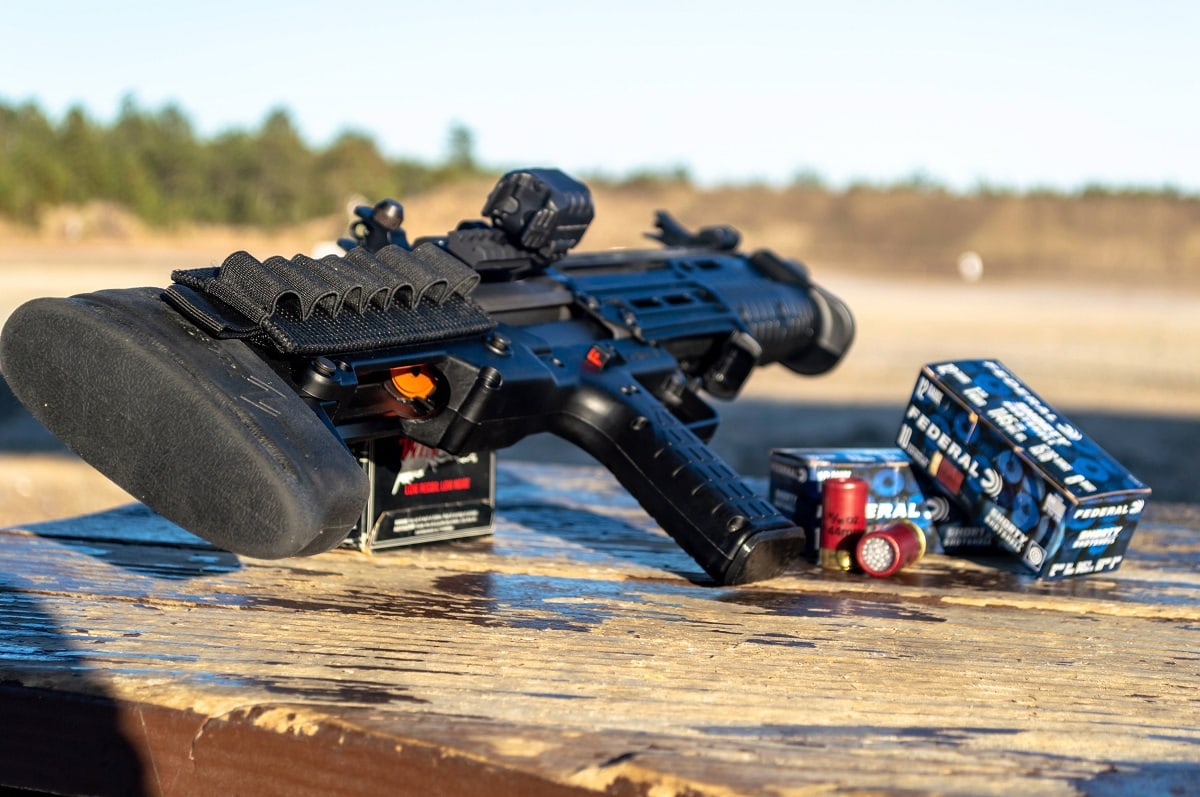