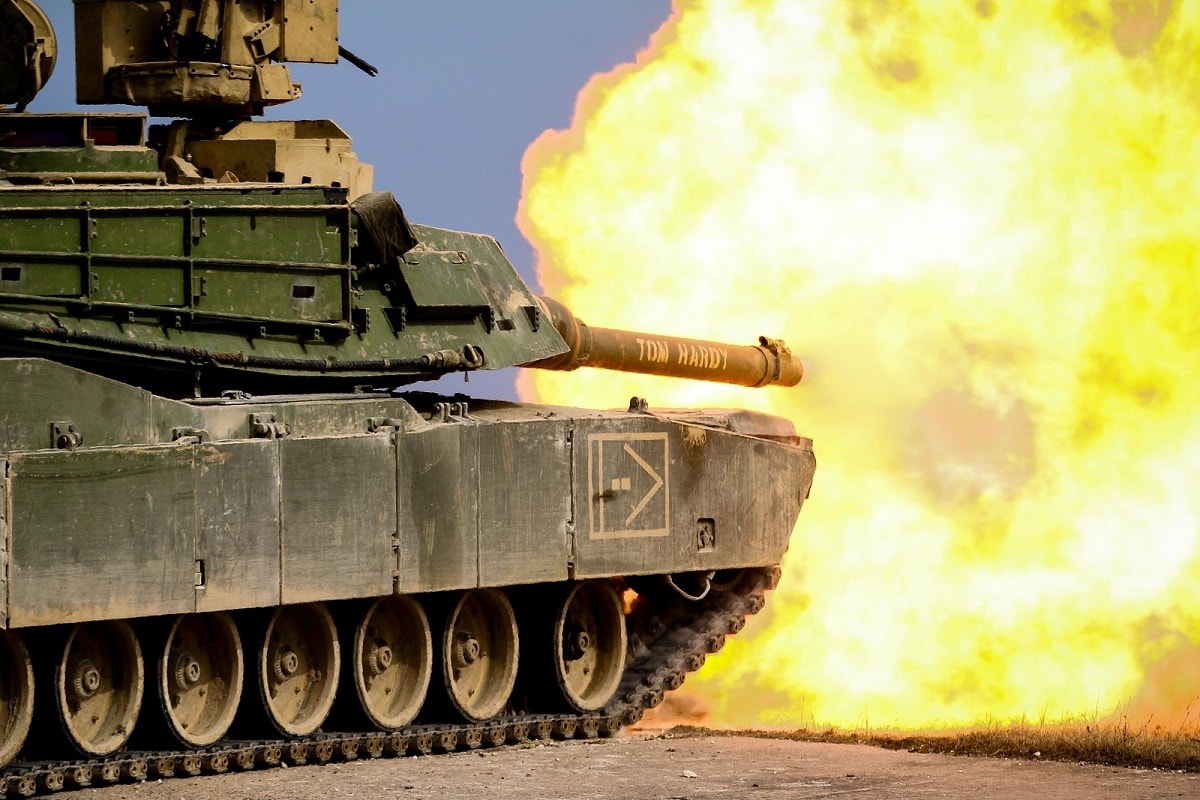 The U.S. Army is D.C.’s latest punching bag as the Indo-Pacific becomes the priority region for the Department of Defense. The Army’s proposed budget as it moves from 2021 to 2022 goes down by $7 billion. Policymakers question the service’s relevance in Asia even as 27 chiefs of staff in the region are army officers, the Army National Guard is partnered with 10 regional countries, the service is the lead to deter Russia and North Korea, and it performs many key support roles in Indo-Pacific concepts of operation such as communications and base defense.

With its impressive engagements and partnerships in the region, the Army is an essential player in competition below the level of armed conflict but, once the shooting starts, becomes even more in demand as combatants traditionally value survivable and lethal forces as combat operations progress.

President Biden’s latest budget request moves forward with the Marine Corps’ Force Design 2030—an admirable effort to align the Marine Corps’ structure and operational concepts in the Pacific. Setting aside the salutary aspects of these plans, the result of the Marine Corps’ restructuring could result in a non-trivial claim on U.S. Army capabilities. As it debates the 2022 defense budget, Congress needs to carefully consider what the implications are of the Marine Corps’ divestment of all armor, most of its artillery, many of its helicopters and a potential requirement for the Army to provide some of those capabilities.

A Narrow Focus on Success in the Indo-Pacific

When it comes to missions, “in” is integrated deterrence. “Out” is seizing and holding terrain. Yet in Europe and elsewhere right now, the nation is watching Russia seize and hold terrain on a regular basis. In Asia, if the United States were to not able to stop a potential Chinese invasion of Taiwan, then those forces would ultimately need to be evicted from the land by ground forces.

As China and the Indo-Pacific region replaces the Middle East as the center of American strategic attention, Marine Commandant General David Berger seeks to return to the sea and position the Corps as the premier littoral combat force in the region. The central question Berger seeks to answer is, as noted in Force Design 2030, “what does the Navy need from the Marine Corps?” for the joint force to succeed. The Pentagon’s 2022 budget request offers a reimagined Marine Corps: shrinking its infantry battalions, exchanging cannon artillery for longer ranged rockets and missiles, and, significantly, removing tanks from the Corps completely. The redesigned force will be tailored to projecting force from ship to shore in small, dispersed units, before turning its firepower back to sea to threaten opposing ships. However, as a result of focusing on the need to make naval power more effective in a conflict with China, the new structure potentially creates dependencies on the other services and in some scenarios transfers some responsibilities to the Army.  These are important areas for Congress to explore.

The Price of Specialization

While the Marine Corps is redesigning itself for the Indo-Pacific, China has chosen a different path for its marine forces, the People’s Liberation Army Navy Marine Corps continues to employ its own tanks and a variety of other armored vehicles, which given their likely focus on an invasion of Taiwan, makes sense. Not oblivious to the possible need for armor, the Marine Corps Force Design 2030 observes, “[h]eavy ground armor capability will continue to be provided by the U.S. Army. Pressured by downward pressure in the defense budget and feeling the necessity to make these changes to the Marine Corps, Gen. Berger has been forced to trade capabilities and end strength within his own service in order to pay for adaptation. Given more funding, he probably would not have made the choices he did. Nevertheless, the resulting new structure constitutes a potential new claimant for Army combat power.

Should unanticipated conditions require armor, artillery and more rotorcraft, the Marine Corps’ need for Army support could cause the mission to stall until additional forces can be deployed.

Some have criticized the Marine Corps’ efforts as too narrowly focused on one enemy—one area.  Former Secretary of the Navy Jim Webb notes, these changes “undo the value of the Marine Corps as the one-stop guarantor of a homogeneous tactical readiness that can “go anywhere, fight anybody, and win.”’ Worse, at least today, the Army is likely not prepared nor resourced to fulfill such new requirements. CSIS’ Mark Cancian observes, “Army support for the Marine Corps, if provided at all, will likely come from the later deploying elements of the Army’s reserve components after the Army’s own needs have been met.” Certainly, theater commanders, if they anticipate the need for armor or artillery, could plan ahead to make Army support available at the point of need, but given unexpected situations, it’s possible the dependence created on Army support could threaten the very flexibility and responsiveness Force Design 2030 is designed to create.

Force Design 2030 is not the first time one of the uniformed services has prematurely reduced its armor capabilities to achieve a promised benefit of transformation. As the Iraq war ended, the Army restructured its last armored cavalry regiment into a Stryker Brigade Combat Team. With the earlier decision to strip divisions of their cavalry squadrons to build organic but less capable reconnaissance units for now-interchangeable brigades supporting the war on terror, the Army’s reconnaissance formations were left without organic tank support. By 2016, however, tanks had been returned back in armored reconnaissance formations, a clear acknowledgment of the value of tanks in near-peer competition.

In an international example of a country that downplayed the need for armor to their later regret, Israel, by the time of the 2006 Second Lebanon War had deemphasized the training and employment of tanks. They had assigned tanks piecemeal in groups of two to infantry units, ignoring their past successes in the 1967 or 1973 wars, and suffered significant losses as a result. Israeli Defense Forces had to quickly reacquire their armored skills.

Unlike the Marine Corps’ decision to divest its tanks and reassign its tankers, the Army was able to relatively easily reverse its decision to take tanks out of reconnaissance formations.  Should the Marine Corps, however, identify a future need for its own tanks, it will find reconstituting a competent armored force far more difficult. Further, before the return of tanks, Army commanders could temporarily attach small teams of armor from other formations within a single brigade as needed. In contrast, requests for Army assets in support of Marine operations may require Land Component Commander approval or higher and, if supported, yield Army units unaccustomed to the unique requirements of littoral combat.

At a time when the Marine Corps may be more reliant on Army armor support, as a result of budget pressure in its 2022 budget request, the Army was forced to slash funding for its own M1 tank modernization program, going from $375 million in 2021 to zero in 2022.

Better Balancing Burdens and Risk Across the Joint Force

Force Design 2030 deserves praise as a far-reaching examination of the roles and responsibilities of the Marine Corps as the nation shifts its attention to competition in the Pacific. It is likely the proper response to a rising China. By its very nature of narrowly focusing the service on success in the littorals, however, it carries implicit risk by devolving additional responsibility onto the Army. If arrangements have been made between the Army and the Marine Corps for cross-service support for armored forces and artillery, the agreement has not been made public. 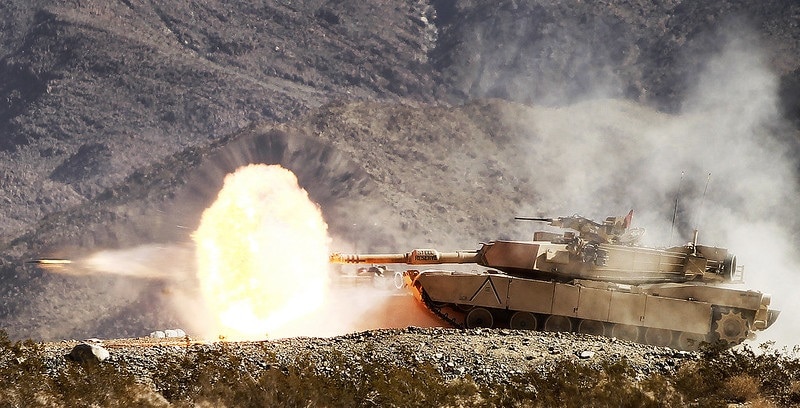 Congress should take the opportunity to examine this area and satisfy itself that adequate provisions have been made for the Army to support the Marine Corps in a timely and realistic manner. The task will not be easy. With two decades of deferred modernization to address as the war in Afghanistan sputters to an end, the health of the Army’s armored forces is already an unfunded priority within its own request. Further, there is interest within the House of Representatives in securing a post-war “peace dividend” in the form of deep defense budget cuts, indicating little appetite for spending beyond the Services’ own expressed priorities. However, limited political interest does not obviate the necessity of addressing this potential armor shortfall. With the restructuring within the Marine Corps now a reality, Congress must consider adding resources to support additional armor and potentially artillery capability to the Army to offset a potential increase in demand for the joint force.

Mackenzie Eaglen is a resident fellow in the Marilyn Ware Center for Security Studies at the American Enterprise Institute. You can follow her on Twitter: @MEaglen.

Thomas Spoehr is a retired Army lieutenant general who serves as the Heritage Foundation’s director for national defense research. While in uniform, he held a number of assignments related to the defense budget, including the Army’s director for Program Analysis and Evaluation; and director, Force Development. He has published extensively on matters of the defense budget, strategy, and reform.