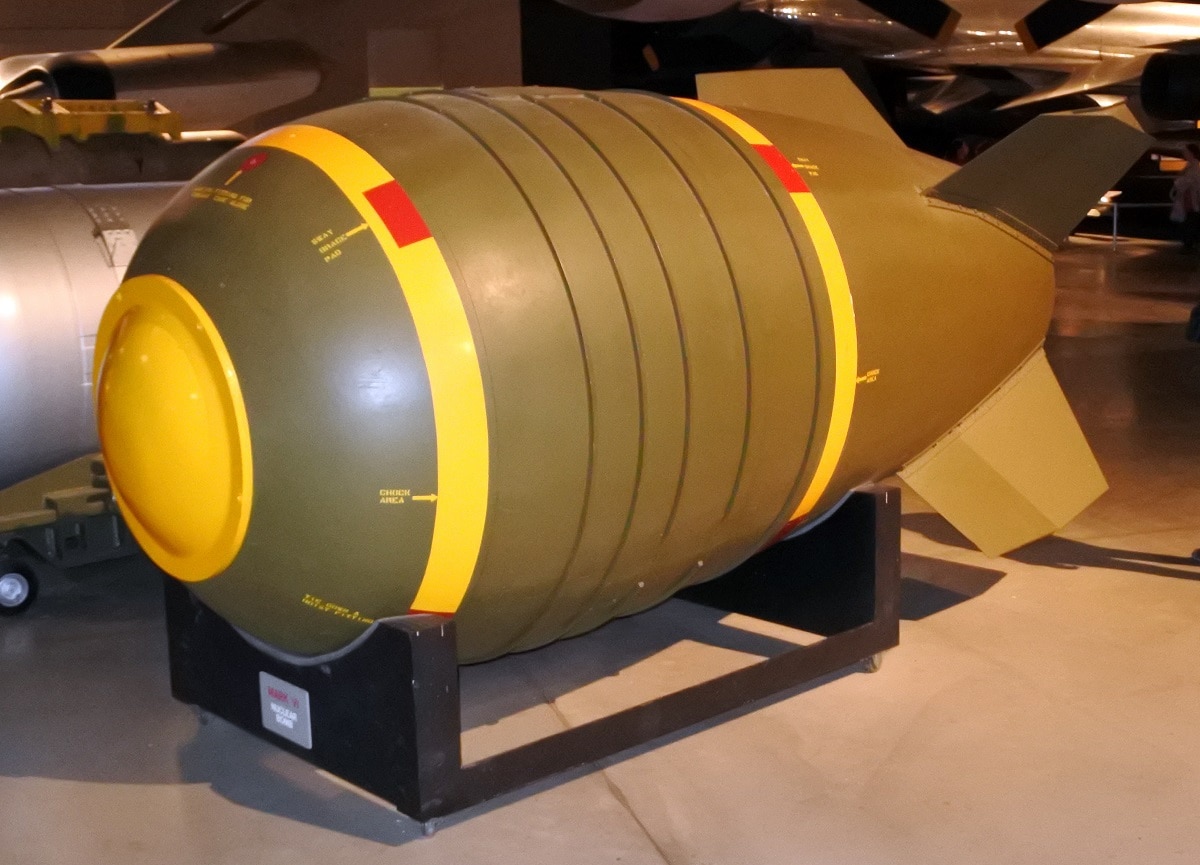 Nuclear weapons tests have been taking place for decades. And now you can view virtually every test that has occurred thanks to a fascinating video posted to Vimeo.

The video is essentially a visualization of nuclear detonations from 1945 to the present. Atmospheric tests are in red. Underground tests are in yellow. Underwater tests are in blue.

While many consider nuclear weapons out of vogue, a relic of the Cold War, in many respects, they are making a comeback in strategic circles.

Consider the following from a  TNI column noting America’s new B61-12 weapon:

“Yet the most dangerous nuclear bomb in America’s arsenal may be the new B61-12.

Much has been written about the B61-12, most of which has focused on its enormous cost. And for good reason—it is the most expensive nuclear bomb project ever.

What makes the B61-12 bomb the most dangerous nuclear weapon in America’s arsenal is its usability. This usability derives from a combination of its accuracy and low-yield.

Indeed, according to Kristensen, existing U.S. nuclear bombs have circular error probabilities (CEP) of between 110-170 meters. The B61-12’s CEP is just 30 meters.”

Could we see additional future tests make an appearance in the video below (hat tip to the Lowy Interpreter)?