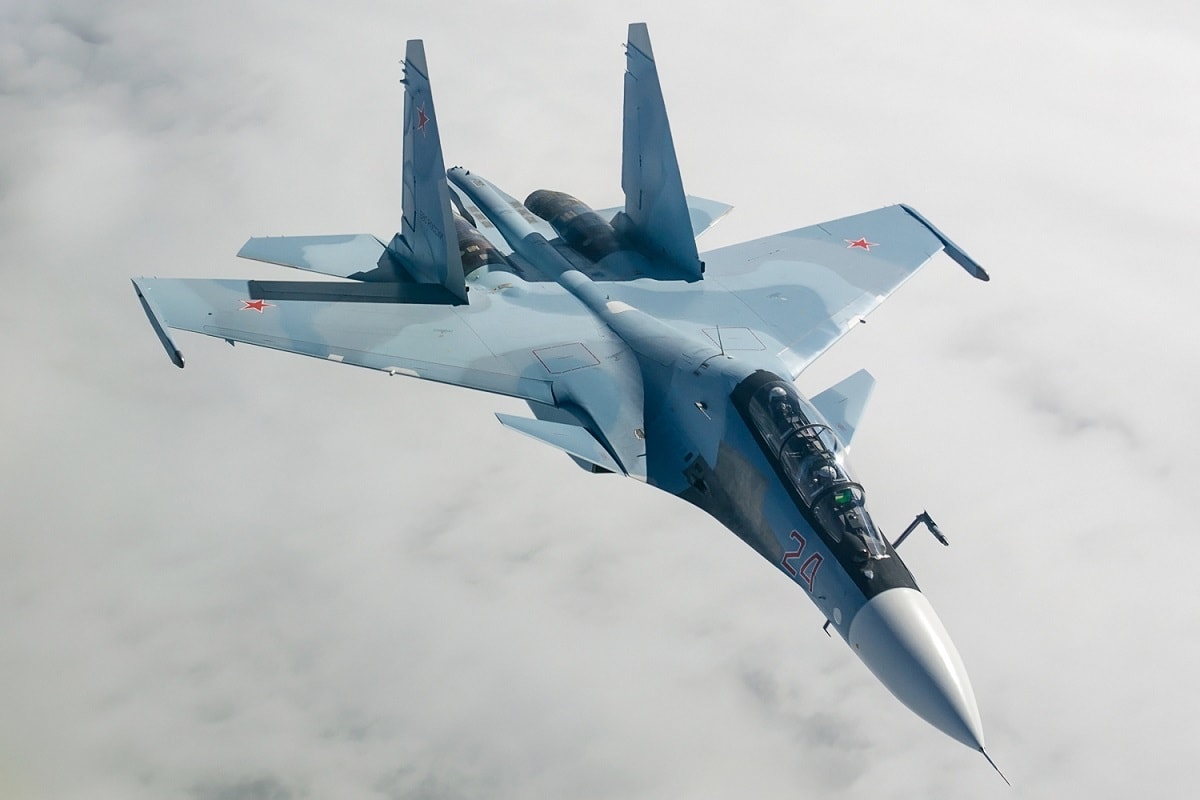 On last Wednesday, a Russian Su-30SM fighter was sent to intercept and escort a United States Air Force RC-135 reconnaissance plane over the Sea of Okhotsk near Russia’s territorial borders. The U.S. Air Force has not commented on the incident, but it regularly deploys large reconnaissance aircraft over neutral waters in the Indo-Pacific region.

Russia’s National Defense Control Center announced that it had detected an aerial target over the Sea of Okhotsk on last Wednesday and stated that the aircraft was approaching Russian airspace.

“A Su-30SM fighter of the Eastern Military District’s air defense quick reaction alert forces was scrambled to identify the aerial target and prevent it from violating the Russian state border,” the National Defense Control Center said in a statement released to Tass.

The Russian fighter’s aircrew identified the aerial target as a U.S. Air Force RC-135 strategic reconnaissance aircraft and shadowed it over the Sea of Okhotsk. The statement added that after the foreign military plane made a U-turn from Russia’s state border, “the Russian fighter safely returned to its home airfield. The National Defense Control Center added that the Su-30SM fighter performed its flight in strict compliance with the international rules of using airspace.

“No violations of the Russian state border were allowed,” it stressed.

The Sukhoi Su-30SM (NATO reporting name “Flanker- H”) is a twin-engine, two-seat supermaneuverable fighter aircraft that was developed in the late Soviet era as a multirole fighter for all-weather, air-to-air and air-to-surface deep interdiction missions. The SM variant (Serial Modernized) is a deeply modernized variant of its four-decade-old predecessor, which itself is a heavy, thrust-vectoring, long-range and multirole advanced variant of the Sukhoi Su-27 “Flanker.”

Thanks to the vast improvements, the Su-30SM is generally considered a fourth plus generation fighter jet that has upgraded radar, radio communications systems, and jamming pods; improved friend-or-foe identification systems; and other enhanced aircraft systems. The Russian military currently operates more than 100 of the aircraft, which are spread across its air force and naval aviation branches – and it is one of Russia’s most prolific modernized fighter aircraft.

The Eyes in the Sky Spy Plane

The Pentagon routinely flies RC-135s in international air space to gather intelligence on Russian military movements. The Boeing RC-135 strategic reconnaissance aircraft has been noted for its ability to provide “unparalleled snooping capabilities.” It has been used not only to keep track of Russian and Chinese military movements but the aircraft been employed to study North Korea’s various weapons programs.

The aircraft’s onboard sensor suite enables the crew to detect, identify and geolocate signals throughout the electromagnetic spectrum. The RC-135 crew can include more than thirty people including the cockpit crew, electronic warfare officers, intelligence operators, and in-flight maintenance technicians. It was initially employed by the Strategic Air Command to satisfy nationally tasked intelligence collection requirements. The RC-135 has been used in every sizable armed conflict involving U.S. assets during its service tenure.