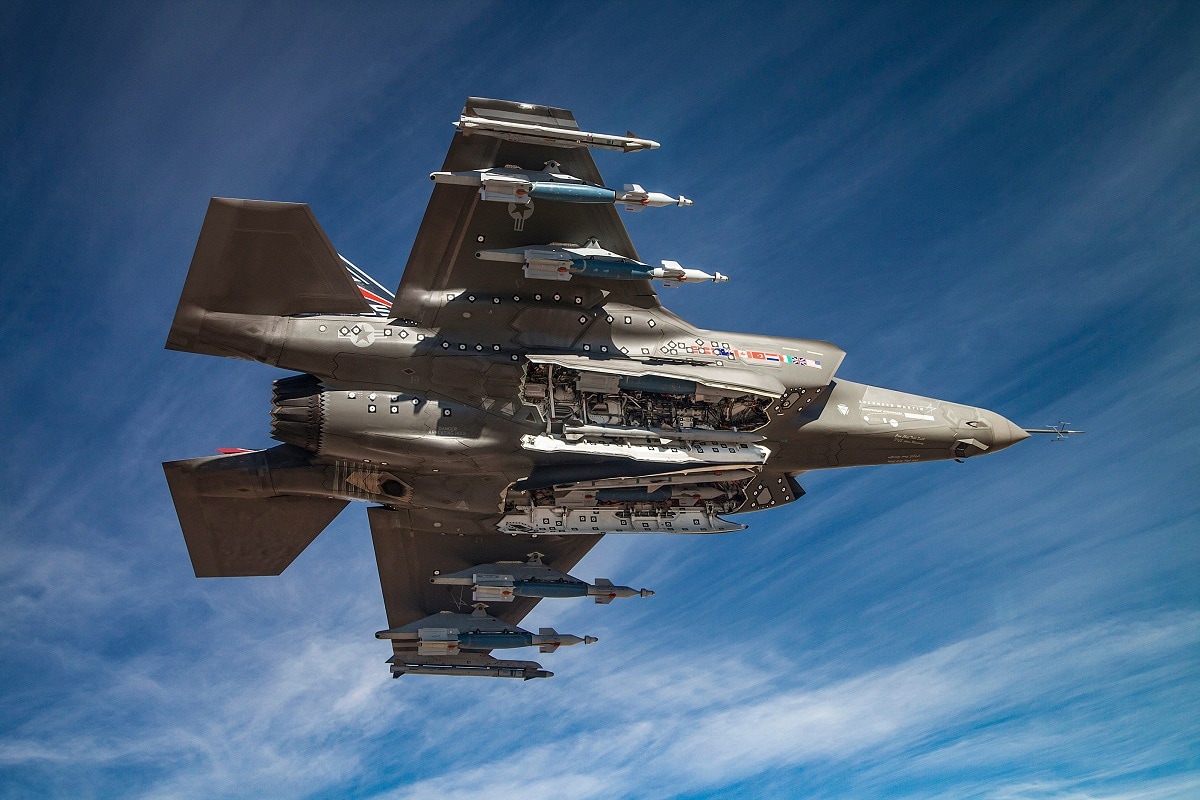 A panel at the U.S. Naval Academy at Annapolis asked whether—as Professor Graham Allison’s latest book contends—China and the United States are “destined” for war. Indeed, Professor Allison numbered among the panelists who discussed the new China challenge.

The short answer from the gathering: maybe.

Commentators have held forth on this topic from antiquity till the present day. The pre-Socratic philosopher Heraclitus taught that character is destiny. Herodotus maintained that custom is destiny. We hear that geography is destiny, or demographics is, or some other factor is. This time of year sports commentators even tell us football teams can control their destiny—chiefly by winning every game against opponents that also want to win. In that spirit, one literature specialist counsels that destiny goes by many names, including “God, gods, fate, accident, fortune, necessity, [and] circumstance.”

An enormous amount turns on how you define terms like “destiny,” or the “trap” part of Allison’s signature catchphrase “Thucydides Trap.” The latter refers to the conceit of established great powers using armed force to maintain their standing atop the pecking order or when upstart challengers reach for the sword to seize that lofty status for themselves. Geopolitical asymmetries ensnare hegemons and would-be hegemons alike—speeding them along the path to war.

If rivals see their courses as preordained and Thucydides’ supposed trap as inescapable, both will gird for what they regard as inevitable. If they believe they enjoy some say-so over the workings of destiny, then they might find some way to navigate their differences. And if one contender accepts the logic of the Thucydides Trap while the other rejects it, watch out: strategic competition could take on a seesaw character as action begets misperception begets reaction, and on and on. The action-reaction cycle could set war loose through different understandings of the dynamics at work.

Far from an exercise in hair-splitting, then, this is a philosophical debate pregnant with fateful consequences. The central question: does destiny master us or can we master it? If America and China are captive to destiny and destiny is remorseless, then there’s little for the U.S. naval and defense establishment to do except get ready. The sea services and land-based arms of military might must ready themselves for inevitable combat. If force is the only option, then the only questions left involve where, when, with what, and with which allies the U.S. armed services will attempt to crush or dishearten the foe. The reciprocal is true for China’s People’s Liberation Army.

If on the other hand, it is possible for the contestants to take charge of their destiny—in whole or in part—then they might find some way through the quarrels and disparate visions that separate them. Some mix of deterrence, diplomacy, and economic outreach or coercion could forestall war.

Now, entertaining the possibility of peace scarcely exempts American military planners from getting ready. Not for nothing did founding father George Washington proclaim—channeling the classics—that “to be prepared for war is one of the most effective means of preserving peace.” After all, the point of peacetime naval and military diplomacy is to cast a “shadow” over an antagonist’s deliberations and actions. The greater the possibility of defeat appears to foes who square off against the U.S. military, the longer and darker the shadow cast—and the likelier they are to desist from actions Washington deems objectionable.

Here’s one way to think through this question of whether armed strife is preordained. Crudely speaking, scribes from Greek antiquity forward have crafted three ideas about destiny. The first is fate. Fate is implacable and inescapable. The concept of irresistible fate feels very Calvinist, entailing preordination. We are the playthings of fate. Vast forces sweep us along wherever they will. Think about Odysseus, buffeted around the Mediterranean Sea for twenty long years on his return voyage from the war against Troy. The adventurer from Ithaca could do little except comply with the whims of fate. Even the gods and goddesses of Olympus found it hard to speed his return home (in part because they were working at cross purposes, as was their wont).

The classics sometimes set forth a less fatalistic concept of destiny. Playwrights and philosophers commonly warn mortals not to choose to do things that offend the “deathless gods” lest the gods exact terrible vengeance and impose a bleak destiny on the offenders. Retribution for hubris—overweening pride—constitutes a staple of classical literature. Hubris brings on Nemesis as surely as night follows day. The Greeks never quite say so, but it is possible that other vices also elicit divine retribution. Bottom line, this variant of destiny permits human beings the power to choose. It’s up to them to exercise that power wisely.

And then there’s the manageable, if still stubborn, variety of destiny. Riffing on the classics, Niccolò Machiavelli terms it “fortune.” Fortune, proclaims the Florentine philosopher-statesman, is like a violent river that sweeps everything and everyone before it after a storm. But Machiavelli adds that human beings can exercise foresight during tranquil times before the onset of a tempest. They can construct dams and other engineering works to block or divert flood waters when they come. We can master fortune, in other words, by peering ahead into the future and being venturesome in the here and now—guarding against its wiles. This is a comforting interpretation coming from a writer known for his bare-knuckles approach to politics.

So who’s right? Does destiny exist in geopolitics, and if so, how much scope for free will does it allow societies and statesmen? Is it possible for rising and falling nations and their allies to be destined for war? The answers potential antagonists give will prod them to design and deploy strategy, forces, and operational methods in a certain fashion. Believers that war is fated will comport themselves as though battle is imminent. Those convinced they can master fortune dwell in the realm where military implements can persuade or dissuade. Different strategies result.

What about the trap in Professor Allison’s Thucydides Trap? Enlightenment might likewise come from parsing this everyday metaphor. Traps come in endless varieties. People lay some traps. People stumble into others. Some are visible, others hidden. Some are inescapable, others easy to evade or escape. Some inflict fatal consequences; others exact lighter damage. Is the Thucydides Trap a steel trap that a hunter lays to pinion an animal’s leg? Or is it a sand trap that a dexterous golfer can exit without losing more than a shot or two from his overall tally?

These are questions of the significant moment. That being the case, it’s crucial for Washington to undertake some soul-searching as it declares that a new age of great-power competition is upon us, and as U.S. leaders try to discern how their counterparts in Beijing, allied capitals, and third parties see matters. This is no idle philosophical musing. It could shape Asia’s—and the world’s—future.

James Holmes is J. C. Wylie Chair of Maritime Strategy at the Naval War College and coauthor of Red Star over the Pacific

In this article:History, Military, NotHome, U.S.-China War, US History, War