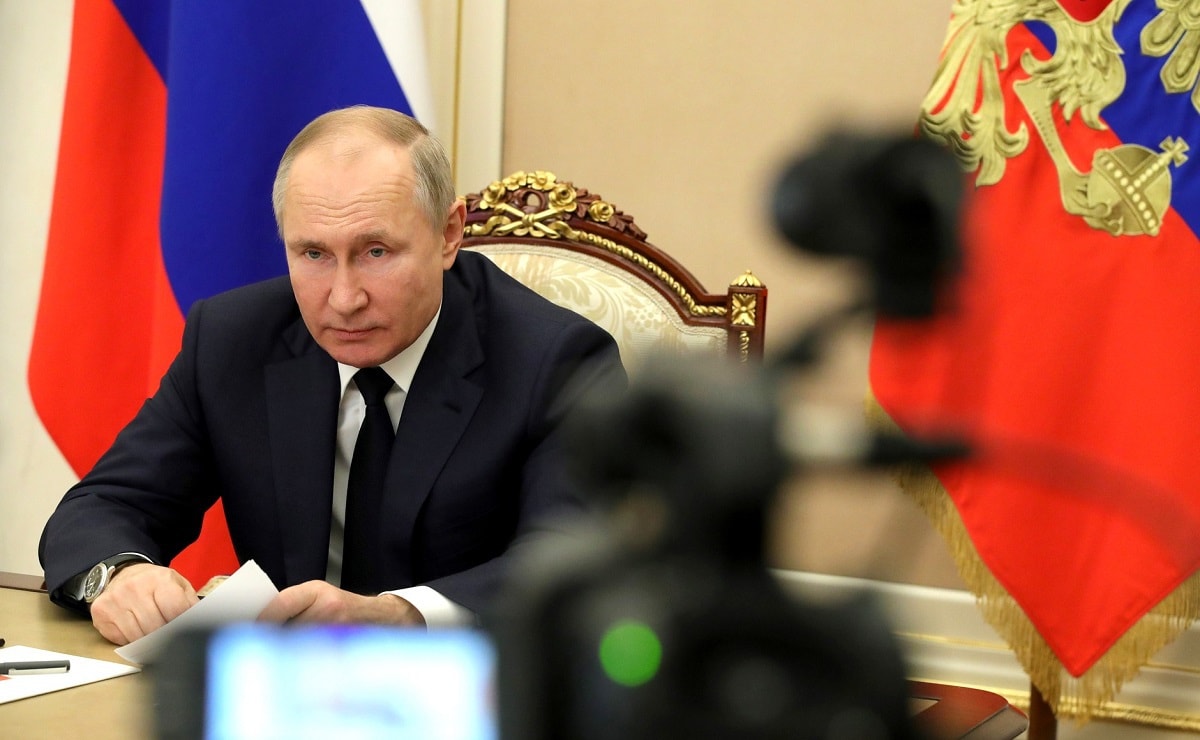 Image: Office of the President of the Russian Federation.

Last week, in an Ostpolitik redux, German Chancellor Angela Merkel and French President Emanuel Macron attempted to capitalize on the G-7 and NATO summits by advocating for a separate diplomatic track with Russia. At a meeting of E.U. leaders, Merkel tabled a French-supported proposal that sought to create a format for “direct contact” with Putin to help resolve Europe and Russia’s differences.

Poland and the Baltic states would have none of it.

A statement released after the meeting mirrored the stance taken during the G-7 and NATO summits by calling on Russia to “demonstrate a more constructive engagement and political commitment and stop actions against the EU and its Member States” and threatening to impose new sanctions if it persists in “malign, illegal and disruptive” activities. Predictably, Moscow relayed its “regrets” with Foreign Minister Sergey Lavrov calling Europe a “choir” following the lead of the United States.

So for all the talk about “strategic autonomy”, is Europe actually capable of pursuing an independent foreign policy when it comes to Russia? As this latest episode shows, there are serious reasons to doubt that it can without new reforms and investments.

For its part, the E.U.’s foreign policy dilemma is a classic Catch-22. Any suggestions that Europe should change its security relationship with the United States or pursue a deeper engagement with Russia will invariably come from France and Germany, the Continent’s two most powerful countries. Neither has the same historical experiences or national interests as their Polish and Baltic counterparts in the east do. Instead, Merkel and Macron have both taken a much more pragmatic and self-interested approach indicative of their respective Brandtist and Gaullist streaks. The former has defended the importation of Russian oil through the Nord Stream 2 pipeline while criticizing former U.S. President Donald Trump’s efforts to withdraw troops from Germany as “unacceptable”. For his part, Macron has perceptively criticized NATO as “brain-dead” while frequently meeting with Putin to make progress on resolving the conflict in Ukraine and promoting strategic stability.

Understandably, Poland, Estonia, Latvia, and Lithuania fear any Franco-German initiative that would risk a major Transatlantic rift or lessen the geopolitical pressure on Moscow. Their national interests require ironclad security commitments from strong allies, preferably an ally willing to deploy forces on their territory as a “tripwire”. Given that the United States assumes most of the burden for this, France and Germany have been more willing to discount the Polish and Baltic perspectives. Thus, anytime France or Germany considers softening the European Union’s stance towards Russia, it is in the interest of the Eastern Europeans to do everything in their power to preserve the U.S.-led status quo.

However, if the European Council were to abandon the principle of unanimity in its decision-making and pursue policies that prioritize more engagement and cooperation with Russia, it would only be a matter of time before Poland and the Baltic states revolt and leave the bloc. Eastern European leaders have shown that they do not want to be undermined by the contradictory actions of France and Germany. If Merkel and Macron moved to isolate Poland and the Baltics in E.U. forums, then the (inherently flawed) rationale for European integration—to de-nationalize the Continent and erase regional frictions—would be lost.

The rejoinder to this argument is that Poland and the Baltic states should soften their bilateral stance towards Russia, as well as in E.U. forums, to maintain solidarity with France and Germany while simultaneously easing tensions with their great power neighbor. Then a Franco-German détente initiative would stand a better chance at improving relations between the E.U. and Russia. Consequently, the risk of conflict would decrease as the geopolitical temperature cools off and the opportunities and benefits of diplomatic engagement grow.

The problem is that historical experience has taught Polish and Baltic leaders to assume the worst of Russian intentions even though, at present, it is not in Russia’s interests to invade and occupy four countries. However, the elevated threat perceptions of Polish and Baltic leaders are reinforced by Russia’s malign behavior and reciprocally hostile attitude. In 2007, Russia launched devastating cyber-attacks on Estonia that, in some cases for weeks, crippled banks, government agencies, and media outlets. Just last month, Polish intelligence linked cyber-attacks on the email and social media accounts of politicians to Russian security services.

And even while acknowledging the low probability of a Crimea-like annexation, the 2014 crisis also heavily affected the public psyche of countries in Eastern Europe. As former Polish foreign and defense minister Radoslaw Sikorski explained in 2018, “When Russian generals threaten us with nuclear weapons, what are we supposed to feel? When Russia conducts “Zapad” military exercises in which Poland is the target of a nuclear strike — that’s a very good way of maintaining the phobia.”

So long as the United States maintains a “sacred” commitment to NATO with a robust forward presence, the anxieties of Eastern Europe are heightened by Russian behavior, and Western European countries are unwilling to invest in their armed forces, Europe will never become strategically autonomous. To be sure, it will remain a formidable geo-economic power. But material prosperity does not translate into tangible security if investments in military strength are not forthcoming. Great powers need armed forces that can deter and win wars. For this reason, the United States (by design), Russia, and China do not regard the E.U. as a geopolitical equal.

Yet, one key change could help push Europe towards strategic autonomy.

If the United States were to withdraw its troops from Europe and downgrade its role in NATO, it would have three effects. First, Russian threat perceptions towards the West will deflate. Moscow’s hostility towards NATO today largely stems from its post-Cold War expansion into Eastern Europe and the presence of American military assets on its border. A troop withdrawal and downgraded NATO role will signal that the United States considers Europe to be secure enough that it is willing to significantly reduce its regional involvement. Russia will no longer have a reason to view Europe—including Poland and the Baltics—as a creeping threat and there would be a better chance that diplomacy could help warm relations.

Second, either through NATO or the E.U., Western European countries will be incentivized to make greater investments in their armed forces and thereby enhance the Continent’s collective security. Talk of building an “E.U. army” has not transformed into a serious policy commitment pursued by the bloc. Indeed, no national parliament is likely to aid in the creation of a supranational military. It is instead more likely that the twenty-one E.U. members who are also part of NATO will find it easier and more beneficial to invest in the latter given decades of cooperation, advanced interoperability, and the already-enshrined Article Five mutual defense clause. Additionally, more European investments in NATO in lieu of an American onshore force posture means that Poland and the Baltic states will have more capable allies with a greater interest in deterring potential Russian aggression in Eastern Europe. The integrity of Article Five will be strengthened as Europeans assume most of the risks and costs of maintaining their collective security.

Consequently, without the provocative presence of American troops, Poland and the Baltic states could afford to take a less confrontational approach towards Russia knowing that their membership in a European-led NATO still offers a strong base of diplomatic and political solidarity to draw on. Their interests and priorities will still differ from France and Germany’s but at least a diversity of European approaches towards Russia would be backstopped by a self-supported and updated security arrangement.

The divisions in the European Union are deep and indicative of serious differences among the member states. This does not mean, however, that attempts at détente with Moscow should only end in paralysis. So long as the necessary reforms and investments are made, countries in the west and east can pursue different degrees of engagement with Moscow without undermining their collective security. For this to happen, the United States needs to downgrade its regional security role and let the Europeans chart their own course. Only then will they be able to improve relations with Russia.