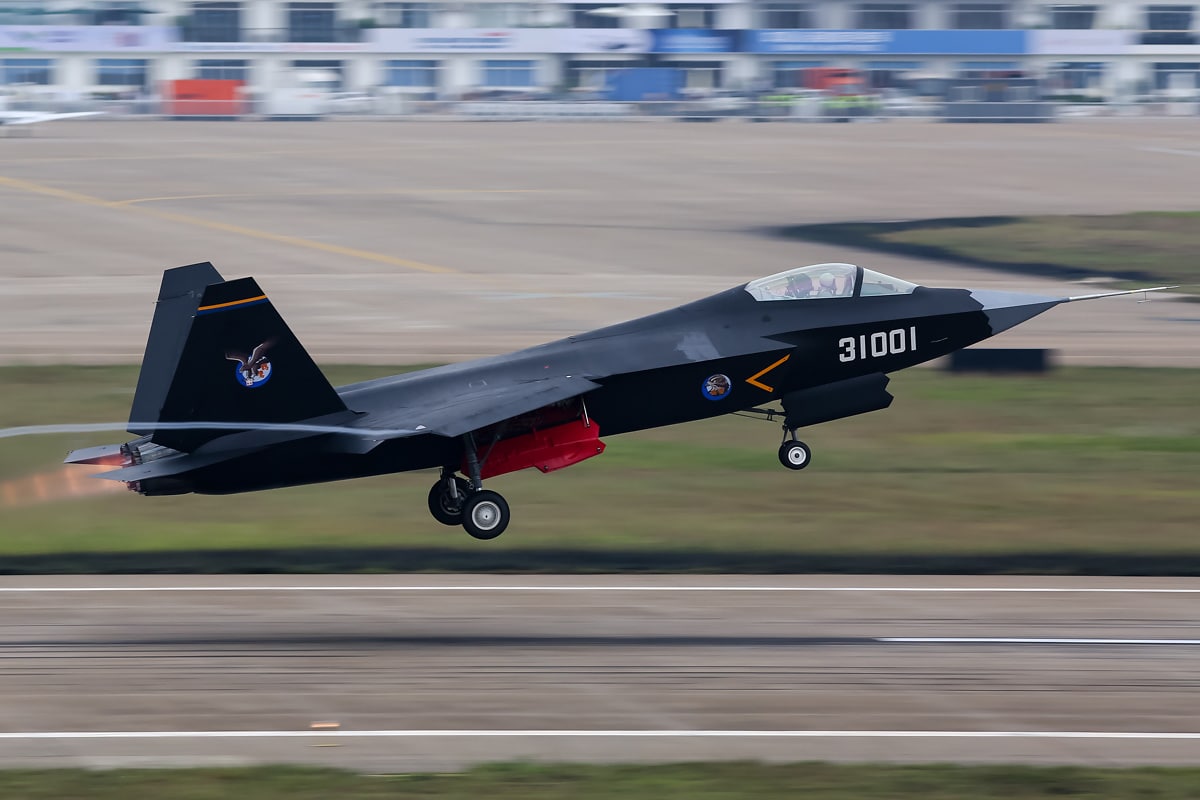 The number “35” isn’t unique as multiple military aircraft use that particular model number. In addition to the Lockheed Martin F-35 Lightning II, there are the Russian Sukhoi Su-35 and Mikoyan MiG-35 jet fighters, as well as the now-retired Swedish Saab 35 Draken. However, the newest model 35 aircraft to pay attention to could be the Chinese J-35 – a fifth-generation jet fighter developed by Shenyang Aircraft Corporation.

As Breaking Defense reported, the aircraft has existed as an actual flying platform since 2011, and it has since progressed through three major design iterations and designators including the F-60, J-31 and FC-31. The latest J-35 aircraft features a reconfigured wing and an elongated fuselage that has been optimized for lower radar cross-section (RCS).

The J-35 seems to be an FC-31 that has taken on features from the J-15, resulting in a true “stealth carrier-based aircraft,” The China Times also reported. The transformation may not be as entirely straightforward as it sounds, however.

“It is a difficult task to transform modern fighters such as the FC-31 into carrier-based aircraft,” the Chinese news outlet noted. “Usually this may involve aerodynamic adjustments, but also optimization of the angle of attack for take-off and landing on the flight deck. In addition, not only the flight control systems need to be adjusted, but also the structure may also need to be changed in order to strengthen the aircraft body due to the pressure that the carrier-based aircraft bears when taking off and landing on the aircraft carrier.”

Yet, the aircraft were potentially known as the J-35 reportedly could be seen at the aircraft carrier building in Wuhan, Hubei Province where research for the People’s Liberation Army Navy (PLAN) naval aviation operations is conducted. Photos of the aircraft have been shared on social media, but the actual model name hasn’t been released by the Chinese military.

J-35 Would be a Logical Choice

The use of the J-35 designation seems likely, as it could suggest it is a rival of the Lockheed Martin F-35, and one shouldn’t dismiss the importance that numbers play in Chinese culture. The numbers three and five are considered to be lucky, while in Feng Shui the house number 35 is seen as the luckiest house address, as it can add productive energies to one’s life!

The Chinese aircraft shares a bit more in common with its Lockheed Martin rival than the number.

The exterior of the aircraft actually closely mimics the F-35, and the visible similarity isn’t an accident. It has been well established that Chinese cyber espionage led to the theft of numerous U.S. weapons specs, including the F-35.

As previously reported however, there is more to consider regarding the capabilities of the fighter than just the exterior design. Whether it would actually match the Lockheed Martin aircraft can’t be as easily determined as it could hinge more fully on avionics, sensors, weapons, engine propulsion and notably maneuverability. Yet, the fact that the aircraft is taking shape so quickly speaks volumes to what the Chinese have put into its development.

Moreover, even if the J-35 doesn’t fully match the F-35 in capabilities, it could still be seen as a major leap forward in Chinese efforts to create a modern carrier force. The aircraft should be seen as a significant advancement over the J-15, which was actually a reverse-engineered copy of Russia’s Sukhoi Su-33 carrier fighter. With a design dating back to the 1980s and made almost entirely of conventional metal alloys, the J-15 has been noted as being the heaviest carrier-based fighter in the world. That in turn limits its weapons capacity.

A PLA military source had told Breaking Defense that even the U.S. Navy’s new generation of C13-2 steam catapult engines that are currently in service on the Nimitz-class carriers would likely struggle to launch the J-15 efficiently. The slimmed-down J-35 – or whatever it may eventually be designated – could be as significant to the PLAN’s carrier program as the actual warships.