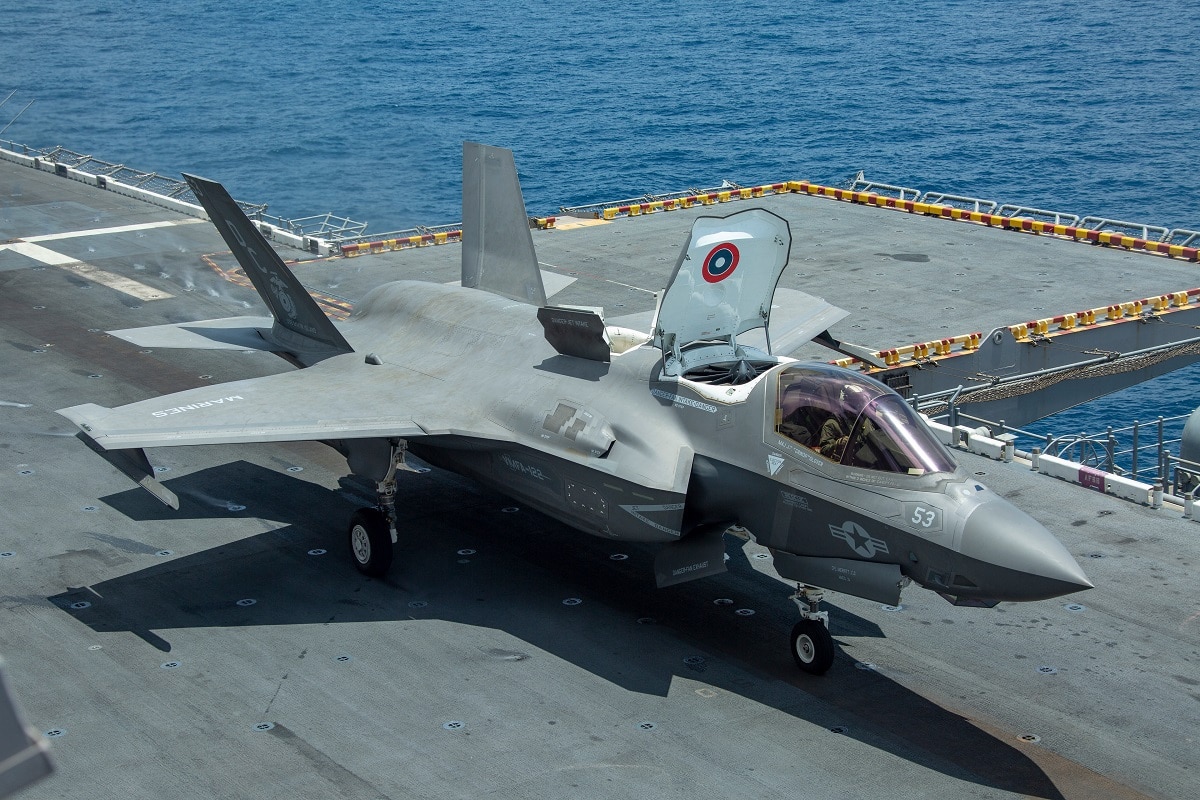 A Lockheed Martin F-35B Lightning II is now undergoing final checks at the Cameri airbase in Italy – home to the European country’s F-35 final assembly and checkout facilities. After those checks are concluded, the short take-off and vertical landing (STOVL) variant of the fifth-generation stealth fighter will then be deployed on the Italian Navy’s flagship aircraft carrier ITS Cavour (CVH 550).

The Italian warship arrived in Chesapeake Bay, Virginia on February 13, before docking at Norfolk, home port of the U.S. Navy’s Second Fleet. It spent the late winter and early spring in the United States to conduct certification tests, which included conducting sea trials with a pair of F-35Bs from Naval Air Station Patuxent River (NAS Pax River), Maryland. Those jets will remain in the U.S. until 2024 and will be used to train additional Italian pilots before they are eventually deployed on the carrier.

The carrier will soon receive its first embarked F-35B later this month. Photos of the aircraft undergoing its test flights had been shared on social media earlier this week.

“The test flights have been completed, so within a few days [the aircraft] will be available for the Navy to collect and it will [be] delivered directly to the Cavour,” Rear Adm. Dino Torresi, the head of the Navy’s air operations, told Defense News on Thursday.

“The Cavour has done a series of activities of certification in the U.S., and this will be completed with an Italian aircraft. Until we base an Italian aircraft on the Cavour, we cannot complete this phase,” Torresi added. “Now the job is to train the personnel on the ship and flight personnel. That is the carrier qualification phase.”

Italy’s Carrier Ready for the F-35B

ITS Cavour, which is one of the Italian Navy’s two aircraft carriers, was launched in 2004 and was designed to carry STOVL aircraft. Italy is currently replacing its carrier-based AV-8B Harrier II with the F-35B. Last year the carrier completed modernization efforts, which will allow Cavour to support the Lockheed Martin Joint Strike Fighter.

Those modernization efforts, which began in December 2018, included an upgraded flight deck that received a new deck coating and metallic reinforcement along with a reinforced flight deck to address the stress of direct thrust from the engines of the F-35B. The Italian carrier has room for a total of sixteen of the combat aircraft – including ten in the hanger and six more parked on the deck.