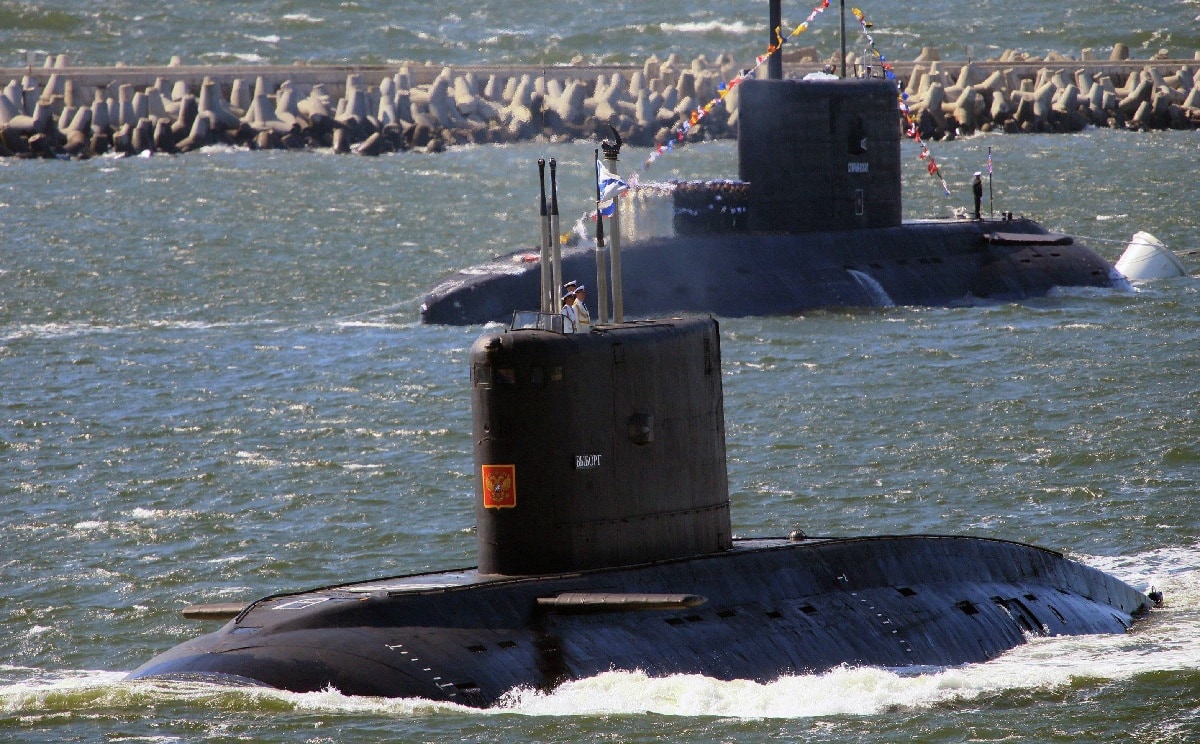 Practice makes perfect, and that is certainly true for military professionals around the world. The Russian Navy, which is currently undergoing a major modernization effort, has been engaged in “practice” via training missions. Multiple flotillas have taken part in drills and exercises around the world in recent weeks. That included missile and artillery firings in the Pacific against a notional enemy’s air attack and sea targets, while the Russian Mediterranean task force conducted maneuvers that included multiple MiG-31K fighters sorting against a hypothetical warship. According to reports, the aircraft is capable of deploying Kinzhal hypersonic missiles.

This week, the Russian Navy’s exercises have been a little closer to home. The crew of the Russian Navy’s Black Sea Fleet’s submarine Kolpino carried out comprehensive drills in its submerged position off the Crimea in response to the presence of NATO warships in the neutral waters.

“In the course of the integrated exercise, the submariners practiced the algorithms of operations to exercise control of the submarine upon its surfacing and submergence in the routine and emergency modes and diving to various depths with a maximum depth of over 200 meters,” the Black Sea Fleet’s press office said in a statement to Tass.

According to the statement, the submarine’s crew held an exercise for ship damage control, in which the seamen practiced measures at the seabed to eliminate a leak and prepare for the evacuation through a torpedo tube.

“As the next stage of improving the submariners’ sea skills, the sub will practice deep diving and grounding as an element of combat training,” the press office added.

Daytime and nighttime flights with take-offs and landing on the deck of patrol ships were also conducted of the Black Sea Fleet’s desk-based helicopters from patrol ships – likely a response to the recent close encounter with a British warship in the waters near the Crimean Peninsula.

“The crews of Ka-27 helicopters from the separate composite air regiment performed practical flights from the deck of the patrol ship Pavel Derzhavin in the Black Sea,” the press office reported. “In accordance with the flight assignment, the helicopter crews of the Black Sea Fleet’s naval aviation in interaction with the ship’s crew practiced the tasks of take-offs and landings on the deck while the ship was on the move and in anchorage in the daytime and at night.”

About ten take-offs and landings of the Ka-27PL and Ka-27PS helicopters were conducted this week.

Russia’s National Defense Control Center had also announced that it was keeping a close watch on the Royal Navy’s HMS Defender, which had made a port-of-call visit to Georgia following a similar stopover in Ukraine. Last week, Russia accused the UK of violating its territorial waters when the guided-missile destroyer sailed past the Crimea – not too far from the Russian Navy’s base at Sevastopol, which is home to the Black Sea Fleet.

Monday also marked the start of the Sea Breeze 2021 naval exercises, which will run until July 10. According to a statement from the U.S. Sixth Fleet, it will focus on multiple warfare areas including amphibious warfare, land maneuver warfare, diving operations, maritime interdiction operations, air defense, special operations integration, anti-submarine warfare, and search and rescue operations.

This year’s iteration will have the largest number of participating nations in the exercise’s history with thirty countries from six continents providing 5,000 troops, thirty-two ships, forty aircraft, and eighteen special operations and dive teams scheduled to participate. It will involve warships from Ukraine, the United States, Canada, Great Britain, the Netherlands, Romania, Bulgaria, Greece, Turkey, Latvia, Egypt and more than a dozen other countries. Some 100 motor and armored vehicles are also expected to participate.

“The United States is proud to partner with Ukraine in co-hosting the multinational maritime exercise Sea Breeze, which will help enhance interoperability and capabilities among participating nations,” said Chargé d’affaires Kristina Kvien, U.S. Embassy in Ukraine. “We are committed to maintaining the safety and security of the Black Sea.”

Exercise Sea Breeze, which brings together most Black Sea nations and NATO allies and partners together to train and operate in joint operations, began in 1997.