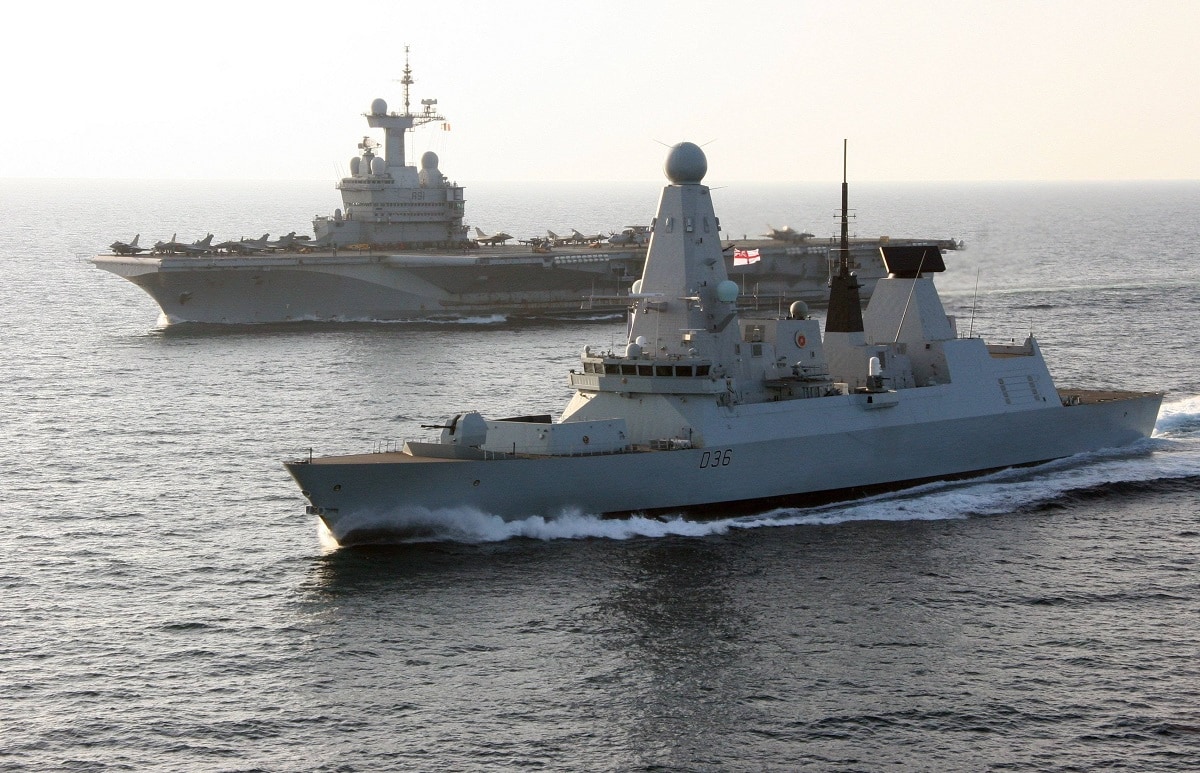 In the future annals of military history, it is unlikely Wednesday’s “Destroyer HMS Defender incident” will be little more than a footnote, yet this week there has been a lot of back and forth on whether each nation was justified in its actions. Russia has accused the British of a needless provocation while the Royal Navy maintains it was taking the most direct route across the Black Sea as its warship traveled from Odessa, Ukraine to Georgia.

However, the route took the British warship near the shores of the Crimean peninsula, which Russia annexed in 2014. The Crimean port of Sevastopol, close to Wednesday’s incident, is also home to a large Russian naval base and its Black Sea Fleet.

Russia accused the Royal Navy of conducting a reconnaissance mission when HMS Defender ventured three kilometers into Russia’s territorial waters. According to the Russian military, a border patrol ship fired warning shots while a Sukhoi-24M bomber dropped bombs ahead of the Royal Navy destroyer.

“This provocation by third countries or this intruder ship might have been planned as part of some larger operation, aimed at disorganizing our command and control system and conducting reconnaissance,” Russian Major-General Vladimir Popov told Tass on Thursday.

The highly decorated Russian military pilot also said that dropping bombs as a warning in this particular case was not something out of the ordinary.

“I will not say that it was something extraordinary. I know several such cases. I even issued such orders myself, when I was first deputy commander and chief of the air staff of Russia’s border guard forces,” Popov added.

Other Russian officials have been equally quick in defending the country’s actions to use live ordnance to send a warning.

“The use of weapons by Russia in its territory was totally justified from the standpoint of international law,” said the head of the working group for international legal issues of Crimea’s permanent mission at the Russian presidential office, Alexander Molokhov.

“I do hope that after such a punch there will be no more attempts to venture into our territory without permission,” Molokhov added. “It goes without saying that it was a hostile act towards Russia and an encroachment on our territorial inviolability and maritime space. It was a provocation, reconnaissance in combat. I am very glad that despite the provocative actions our border guard forces displayed certain restraint and took no action that might escalate the conflict.”

For its part, the British Ministry of Defence has maintained the destroyer was making a peaceful voyage, while it denied that any warning shots had even been fired.

As the BBC also reported, even as dramatic as the events this week may have appeared, it could be a “dress rehearsal” for far bigger tests to come. The Type 45 or Daring-class air-defense destroyer, HMS Defender, is part of the Royal Navy’s Carrier Strike Force, spearheaded by the flagship aircraft carrier HMS Queen Elizabeth.

The strike force, which recently took part in carrier-based operations against ISIS forces in Iraq, is heading to the South China Sea. There it will challenge China’s claims to a vast contested area of sea – which should be enough to make everyone forget about this week’s “incident” entirely.