The fifth-generation fighter, which made its official debut at last week’s MAKS 2021 Air Show outside of Moscow, will be offered by its builder, the Russian-based state-owned United Aircraft Corporation (UAC), for export.

Already there have been countries that have reportedly taken a closer look and have apparently liked what they’ve seen with the Checkmate.

“Partners from the Middle East, Southeast Asia and Latin America displayed interest in the new fighter [Checkmate] at the MAKS air show,” said UAC CEO Yuri Slyusar to the Krasnaya Zvezda newspaper on Friday and reported by Tass.

UAC operates as a subsidiary of the state-owned high-tech military conglomerate Rostec.

The aircraft’s maker has touted Checkmate’s capabilities, as well as the latest technological developments in military aircraft production.

“The plane can be customized as it features open architecture, which helps mount equipment of different producers on it,” Slyusar added. “The aircraft was from the very outset designed for employing practically the entire range of air-launched weapons, including future armaments.”

The UAC head also highlighted the ability of the Checkmate to operate autonomously, which he said could help seal the deal with potential foreign buyers.

“We believe that it [the unmanned version of the Checkmate fighter] will be popular among customers because it will help raise the combat system’s all-view awareness and survivability and give an opportunity to use new tactical methods,” Slyusar noted.

Advanced, But Can Russia Afford It?

The single-engine Checkmate is a derivative of the Sukhoi Su-57, which is currently one of only four operational fifth-generation fighters and the first Russian feature to utilize stealth technology.

Much like the Su-57, the Checkmate is based on stealth technology, while it is also outfitted with an inboard compartment for airborne air-to-air and air-to-surface armaments. The advanced combat aircraft will reportedly carry a payload of over seven tonnes and will be capable of striking up to six targets at a time. UAC has claimed that the Checkmate fighter will be capable of flying at Mach 1.8 (1.8 times the speed of sound), and that it will have an operating range of 3,000 km.

The aircraft will be outfitted with a highly efficient powerplant. 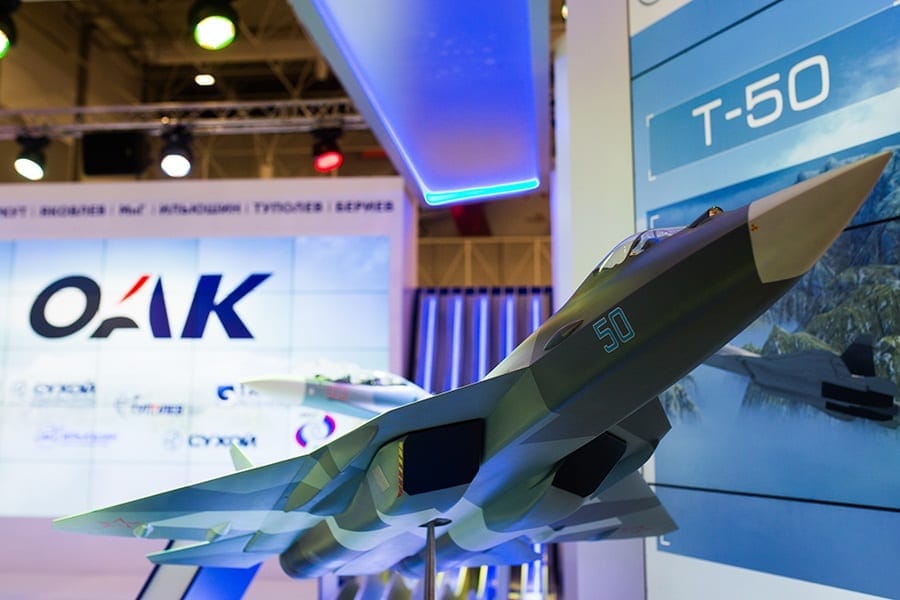 Rostec has announced that the new fighter is expected to take to the skies in 2023, with plans to launch the combat plane’s serial production starting in 2026. However, Russia has already struggled to produce the Su-57 and to date only a dozen – including ten test platforms and two serial produced – aircraft have been built. Unless UAC can make the right opening moves, this gambit to develop another advanced aircraft likely won’t get very far.