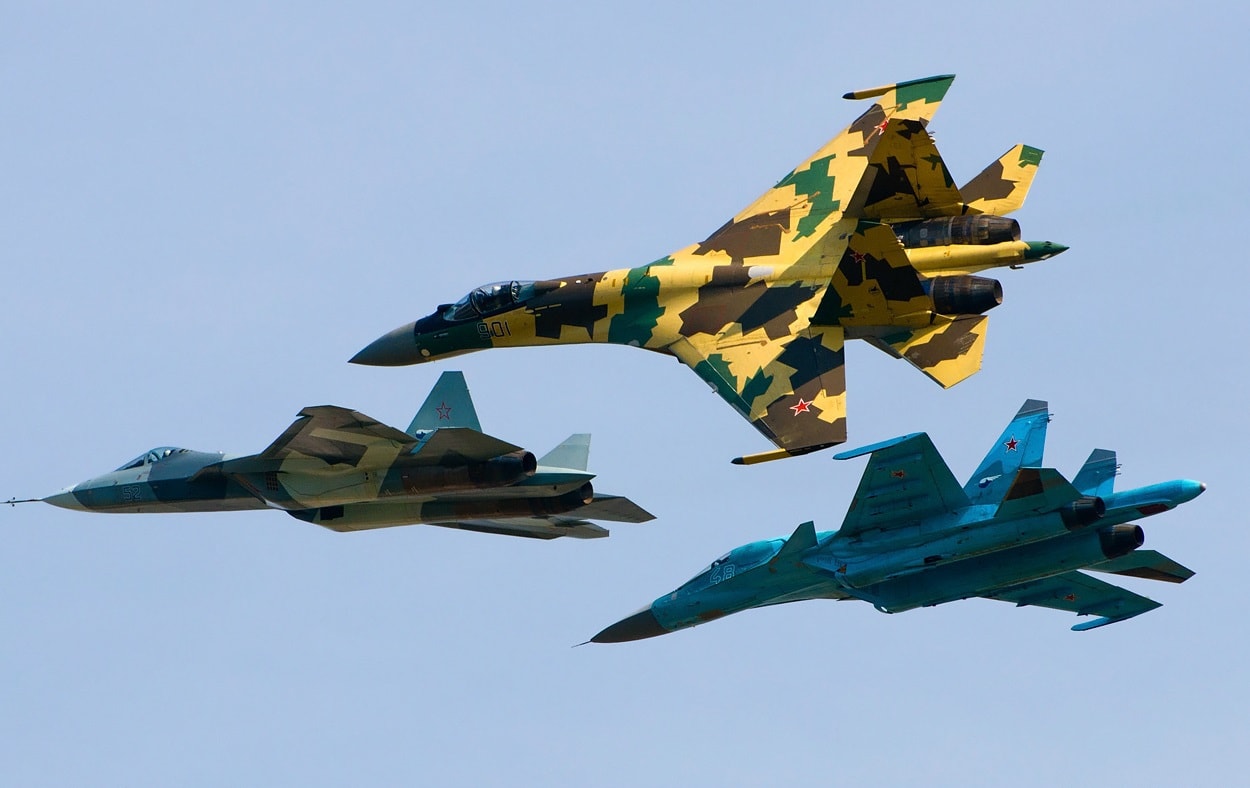 “Under the scenario of the drills, the teams of S-400 ‘Triumf’ surface-to-air missile systems and Pantsyr-S anti-aircraft missile/gun launchers performed a march to the positioning areas, where they practiced an algorithm of measures to detect and track the notional enemy’s aerial targets, and also conducted electronic missile launches to eliminate them,” the district’s press office said in a statement to Tass.

The S-400 air defenses, which Russian media has claimed can track and hit even stealthy platforms, are reportedly increasingly networked with high-speed digital processing technology, enabling one detection location to quickly share tracking data with another.

“After notionally employing missile weapons each time, the personnel accomplished the tasks of changing the launch positions, equipping and camouflaging them,” the Southern Military District press office added. “The aim of the exercise to shield the Fleet’s vital facilities from the hypothetical enemy’s air attack weapons was achieved in full.”

Participants will engage in realistic maritime training to build experience and teamwork and strengthen interoperability. NATO has participated in Sea Breeze since the first exercise was held in 1997, in the years since it has continued to grow in size. This year’s drills are focused on multiple warfare areas including amphibious warfare, land maneuver warfare, diving operations, maritime interdiction operations, air defense, special operations integration, anti-submarine warfare, and search and rescue operations.

“This is good example to how allies and partners provide unique training opportunities, designed to enhance readiness, improve collaboration, and interoperability in the Black Sea region,” NATO said in a statement.

However, as Russia isn’t participating, it conducted its own drills. It is just the latest of such exercises involving the S-400 Triumf. In May, the Russian Navy’s Black Sea Fleet conducted air defense and anti-saboteur drills in the Crimea – where dummy ammunition and simulated explosives were used during a simulated attack by adversarial “saboteurs.” Those drills with the S-400 were meant to create a situation close to a combat environment.