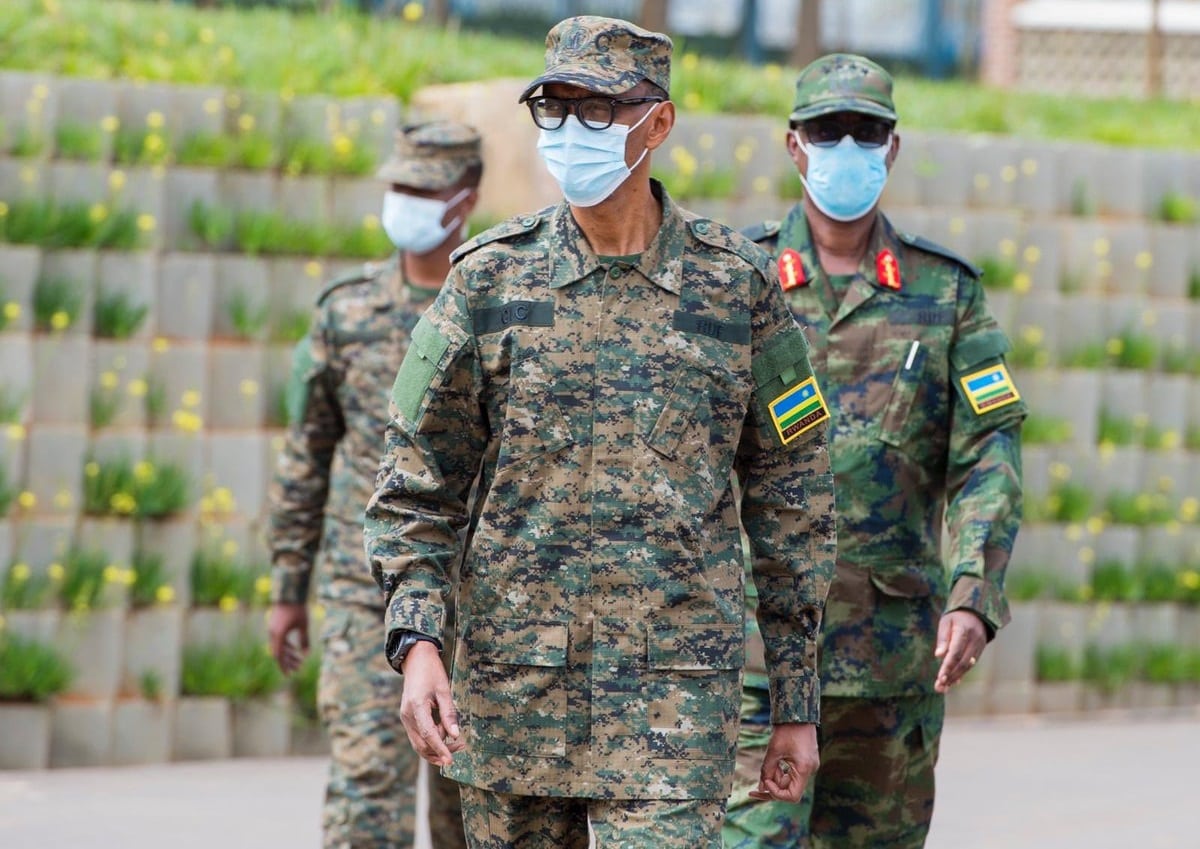 Image: Office of the President, Rwanda.

There has not been much good news recently in the global fight against terrorism. Afghanistan is in freefall as Western forces unilaterally withdraw from a country in whose counter-terror fight they have invested trillions of dollars. Terrorists are on the rebound in Iraq as well. While Prime Minister Mustafa al-Kadhimi entered office promising to tackle the scourge, he let the fight slide as lack of American backing and his own ambitions led to reticence to antagonize the political powerbrokers corrupted by terror support. Libya remains a mess, and a misguided State Department strategy prioritizing spending over security has led to an al-Shabaab revival in Somalia. The Islamic State is sinking roots into Africa, and diplomatic niceties continue to lead Washington to give Turkey and Pakistan a free pass on their terror sponsorship. Progressive anti-Semitism, meanwhile, leads Western officials and intellectuals to obsess more over Israel’s efforts to prevent a designated terror group from launching rockets at civilian populations than at the fact that such groups armed under UN watch.

In short, terrorism has surged as its sponsors see it as successful, ideologues realize they can win through violence what they cannot achieve at the ballot box, and both Republican and Democratic party leaders willingly forfeit U.S. leadership on the world stage.

Too often, when a vacuum of leadership develops, it is the forces most opposed to the post-World War II liberal order which fill the vacuum—China, Russia, Iran, Turkey, and Al Qaeda, for example. In Africa, however, tiny Rwanda—a country of only 13 million people—increasingly punches above its weight to tackle the terror problem as a continental leader.

The international community betrayed Rwanda in the run-up to the 1994 anti-Tutsi genocide. Simply put, the Hutu genocide against the Tutsi need not have occurred, but cynical French politicians instigated it. UN betrayal continued after the genocide. After the Rwandan Patriotic Front commanded by Paul Kagame drove the Hutu génocidaires out of the country, UN forces neither disarmed them nor separated them from legitimate refuges, but instead welcomed them into camps in the Democratic Republic of Congo (DRC) just a few miles from the Rwandan border. That UN inaction in effect gave the armed génocidaires control over a new generation of refugees to indoctrinate and from which to recruit, contributed to the erosion of DRC stability and control, and ultimately sparked Rwandan intervention in eastern Congo. Ironically, while some Western aid workers and human rights groups grouse about Rwandan involvement in eastern Congo, DRC leaders embrace the Rwanda partnership.

For Rwanda, however, security and the need to fight against terror and those who would perpetrate genocide is no longer only an issue for their borders. As rebels marched on the Central African Republic’s capital Bangui late last year, Rwanda came to the rescue. The small African state deployed its forces 1,500 miles without any foreign assistance to prevent an imminent massacre and political chaos.

While the Central African Republic may have stabilized, Mozambique has increasingly teetered against the backdrop of an Islamic State insurgency it has had difficulty stamping out. China is more interested in extracting resources than ensuring stability and neither President Joe Biden nor Secretary of State Antony Blinken have shown any interest in Africa. Neglect, however, is not a counterterrorism strategy. Enter Rwanda. Earlier today, the Government of Rwanda announced that, at the request of Mozambique, it would “today start the deployment of a 1,000-person contingent of the Rwanda Defence Force (RDF) and the Rwanda National Police (RNP) to Cabo Delgado Province, Mozambique” to secure and stabilize the region in cooperation with the Southern African Development Community. It is the right move.

If Washington seeks to stop “endless wars,” it should recognize that absent its own projection of force, it needs allies to fill the vacuum and deny space to groups like the Islamic State or Al Qaeda to thrive. Rwanda is now filling that space. Rather than continue to ignore or even bash Rwanda, it is time for both Washington and the West to recognize that a prosperous Africa needs more Rwandas. If the United States cannot effectively do the counterterror job, then it should support those countries that, at a fraction of the cost, show they can do the necessary jobs.

In this article:Rwanda, Rwanda Counter-Terrorism, Terrorism