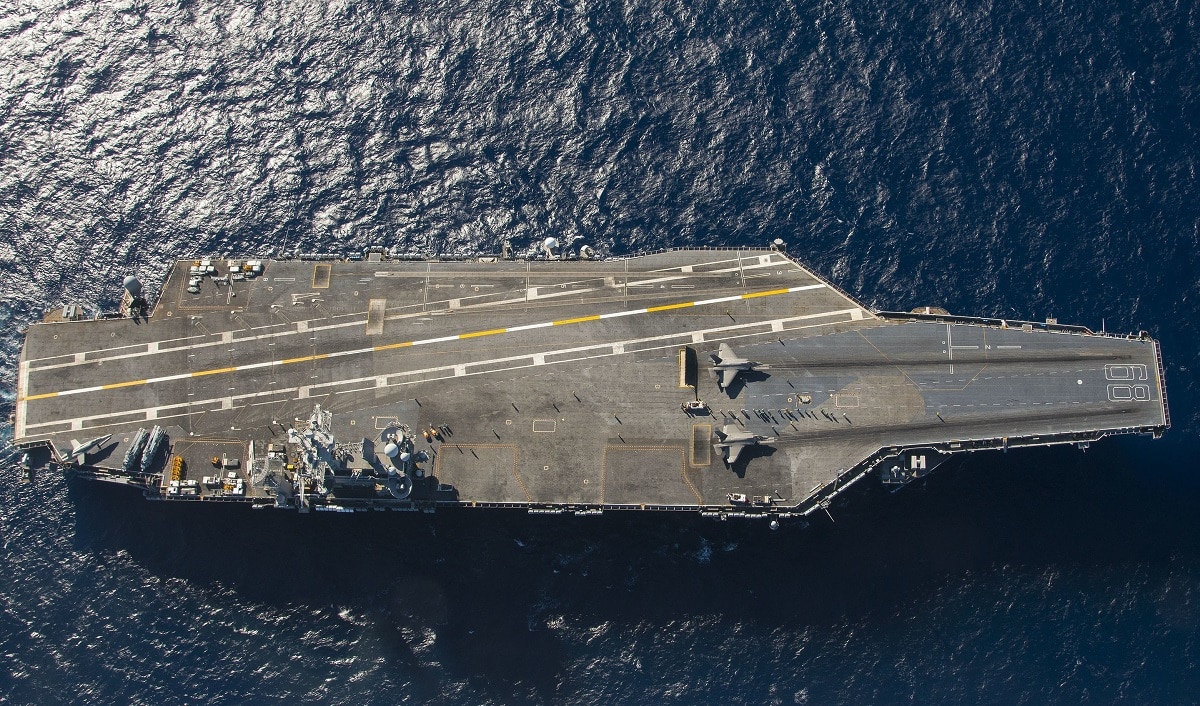 The deployment of the HMS Queen Elizabeth Carrier Strike Group is a compelling sight in the western Pacific. The multinational carrier strike group, made up of U.S. Navy, U.S. Marine Corps, Royal Netherlands Navy, and Royal Navy units, sends a strong signal of commitment to the region and underscores the increasing concern of U.S. all.

That concern is being addressed through commitments alluded to by the U.S. Secretary of Defense, Lloyd Austin, in his comments at the recent INDOPACOM change of command. Speaking to an international audience, he called for “integrated deterrence.”

“Under this integrated deterrence,” he said, “the U.S. military isn’t meant to stand apart, but to buttress U.S. diplomacy and advance a foreign policy that employs all instruments of our national power.” While the deployment had been long in planning and was underway when he made those comments, they serve as a fitting reminder of what the HMS Queen Elizabeth Carrier Strike Group represents.

To friends, it represents reassurance that they are part of a like-minded community of nations who stand ready to respond shoulder-to-shoulder to the use of force and coercion in the pursuit of national objectives in international space.

To others, it represents a modern, highly capable, international force that compels a reassessment of risks by those who act outside the norms of discourse, dialogue, and diplomacy.

Increasingly bellicose and belligerent, the Peoples Republic of China (PRC) has cast itself as a foe to the international rules-based order that has been the guarantor of the stability and prosperity the world has enjoyed since the end of World War II.  This is why the PRC has been characterized as the “pacing threat” against which to measure our own modernization, as well as that of our allies and partners.

The recent U.S. Indo-Pacific commander, Adm. Phil Davidson, gave Congress his frank assessment that the PRC could attempt to take Taiwan within the next six years – now known as “the Davidson Window.”

The PRC has wanted to take Taiwan since Republic of China forces fled in 1949 to the island of Formosa. In the ensuing decades, taking Taiwan with a large-scale amphibious assault would have been impossible for PRC armed forces.

Today, things have changed. This is not the PRC military of yesteryear, which was then large but poorly equipped. Today, the PRC has achieved parity with the United States in the size of its navy, has added fifth-generation aircraft to its air force, and has an array of modern missiles to deny access to areas around Taiwan and the South China Sea, making defense of Taiwan much more challenging than even a few years ago.

If we are going to deter the PRC over the next six years, we need two things in particular: Deployable modern capability and close coordination with our allies and partners.

This is why it is so important to see the HMS Queen Elizabeth Carrier Strike Group deploy to the Indo-Pacific.  Her Air Wing includes British and American F-35Bs, working together as one force.

“All carrier groups are – they’re not just a military deployment, they are a political deployment,” said Ben Wallace, the U.K. Secretary of State for Defense. “They’re a political statement. And they provide tremendous opportunity.”

U.S. Secretary of Defense Lloyd Austin also underscored the importance of the aircraft in the Indo-Pacific, recently praising Singapore’s planned acquisition of F-35s: “I’m especially pleased that Singapore has chosen to invest in the F-35 Joint Strike Fighter. That’s going to boost our collective capabilities and open up new opportunities for high-end combined training.”

F-35s are a visible, modern, capable deterrent, as a critical and compelling instance of overmatch both America and its allies have available to deploy today, in numbers. This capability resident in so many allied and partner air forces is critical to address “the Davidson Window” over the next six years.

F-35s – whether land or sea based – are key to keeping the PRC on its heels today and into the future. The PRC knows well that F-35s can shoot down their aircraft well before they’re even seen, penetrate their missile defenses undetected, and destroy targets on land or sea.

The PRC faces a network of like-minded and integrated F-35 nations in the Pacific – Australia, Japan, the Republic of Korea, Singapore – as well as the United Kingdom and the United States. This is what integrated deterrence looks like.

The HMS Queen Elizabeth Carrier Strike Group, carrying F-35s into the Pacific, signals to the PRC that we still have the most modern capabilities in the world. Moreover, it’s a powerful message of allies and partners working together to deter aggression and keep the Indo-Pacific free and open.

Admiral Scott Swift, USN (Ret.), served 39 years in the United States Navy and retired as a four-star Admiral. During his career, he served as the commander of the U.S. Seventh Fleet, Director Navy Staff, and Commander U.S. Pacific Fleet.

Admiral Scott Swift, USN (Ret.), served 39 years in the United States Navy and retired as a four-star Admiral. During his career, he served as the commander of the U.S. Seventh Fleet, Director Navy Staff, and Commander U.S. Pacific Fleet.