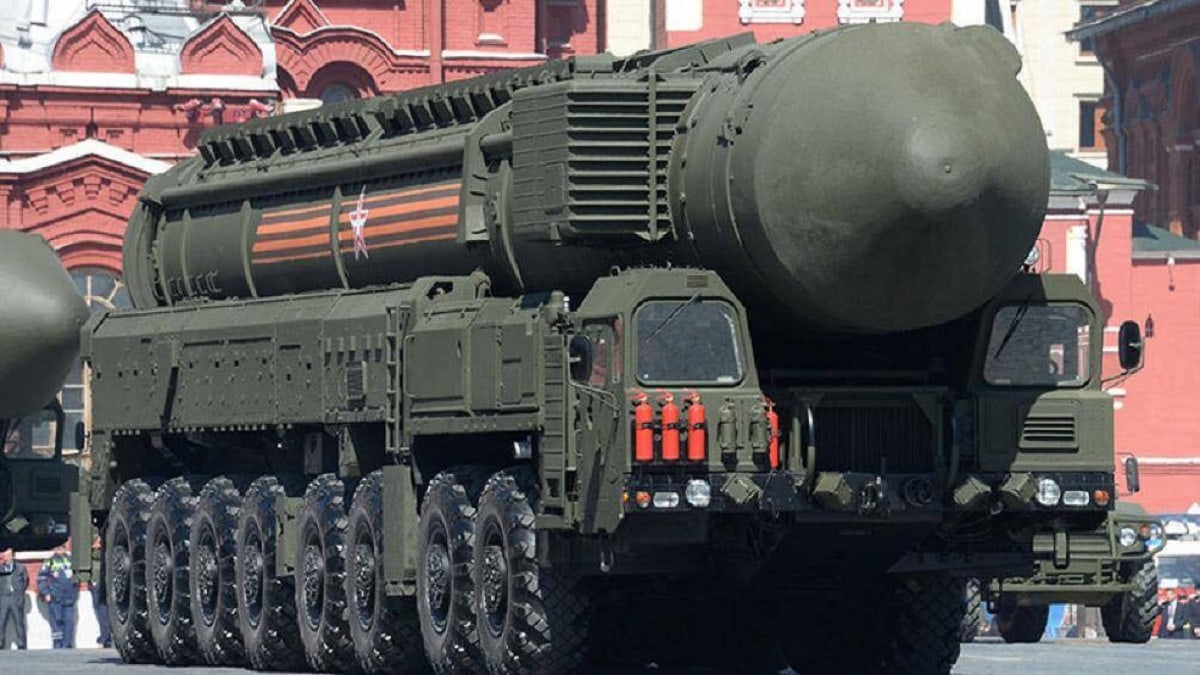 Last month, the United States Air Force’s test of its new hypersonic missile ended in failure for the second time. The stakes to develop such a weapon have been raised, as it was announced on Tuesday that Russia – which has already conducted several successful tests of its ship-based Tsirkon hypersonic missile – has begun efforts to produce another super fast and highly maneuverable weapon platform.

Tass reported that Russia is developing the Kh-95 long-range hypersonic missile for its Aerospace Force.

“Today supremacy in the aerospace is a vital condition for ground and naval groupings of troops (forces) to conduct combat operations successfully,” Chief of the Military Academy of the Russian General Staff Colonel-General Vladimir Zarudnitsky wrote in an article published in the state-run Military Thought magazine.

“For this purpose, Russia is developing and accepting such advanced and upgraded armaments, military and special hardware for service in its Aerospace Force as the Tu-160M strategic missile-carrying bomber, the Kinzhal airborne hypersonic missile system, and long-range air-launched precision weapons, in particular, the Kh-95 hypersonic missile,” added Zarudnitsky.

Zarudnitsky also told the Russian military news magazine that a new class of unmanned aerial vehicles (UAVs) of various classes, anti-aircraft missile systems, and other defense platforms including beyond-the-horizon detection radars were currently under development for the Aerospace Forces.=

In February, Russian Minister of Defense Sergei Shoigu had suggested that hypersonic weapons would be the main components of the country’s conventional deterrence forces.

Russian Federation President Vladimir Putin, who first announced that Russia was developing hypersonic weapons in a state of the nation speech in 2018, has repeatedly touted their capabilities, which he maintained cannot be countered.

The Russian Navy has successfully completed multiple tests of its Tsirkon missile system, and has announced plans to fit the hypersonic weapons on submarines as well as surface vessels. Putin has even threatened to deploy the weapons on ships and submarines that could “lurk outside U.S. territorial waters” if Washington moved to deploy intermediate-range nuclear weapons in Europe, Reuters reported last month.

While the United States has not deployed such nuclear weapons in Europe, Moscow remains concerned it might.

Following a recent test of the Tsirkon (Zircon) missile, which is capable of flying at nine times the speed of sound (Mach 9) with a range of 1,000 kilometers (620 miles), Putin said, “equipping our armed forces, the army, and the navy, with the latest, truly unparalleled weapon systems will certainly ensure the defense capability of our country in the long term.”

In addition to the Tsirkon, Russia has two other hypersonic platforms in development including the Avangard and the Kinzhal. There have been reports that the fifth-generation Sukhoi Su-57 fighter jet has been seen in tests carrying a prototype of the Kinzhal (Russian for “Dagger”), while the Avangard is a hypersonic intercontinental ballistic missile (ICBM) that can deliver both conventional and nuclear warheads. According to a BBC report, the first regiment of Avangard hypersonic missiles entered service in December 2019.

Putin has described all of those platforms as being “invincible.”