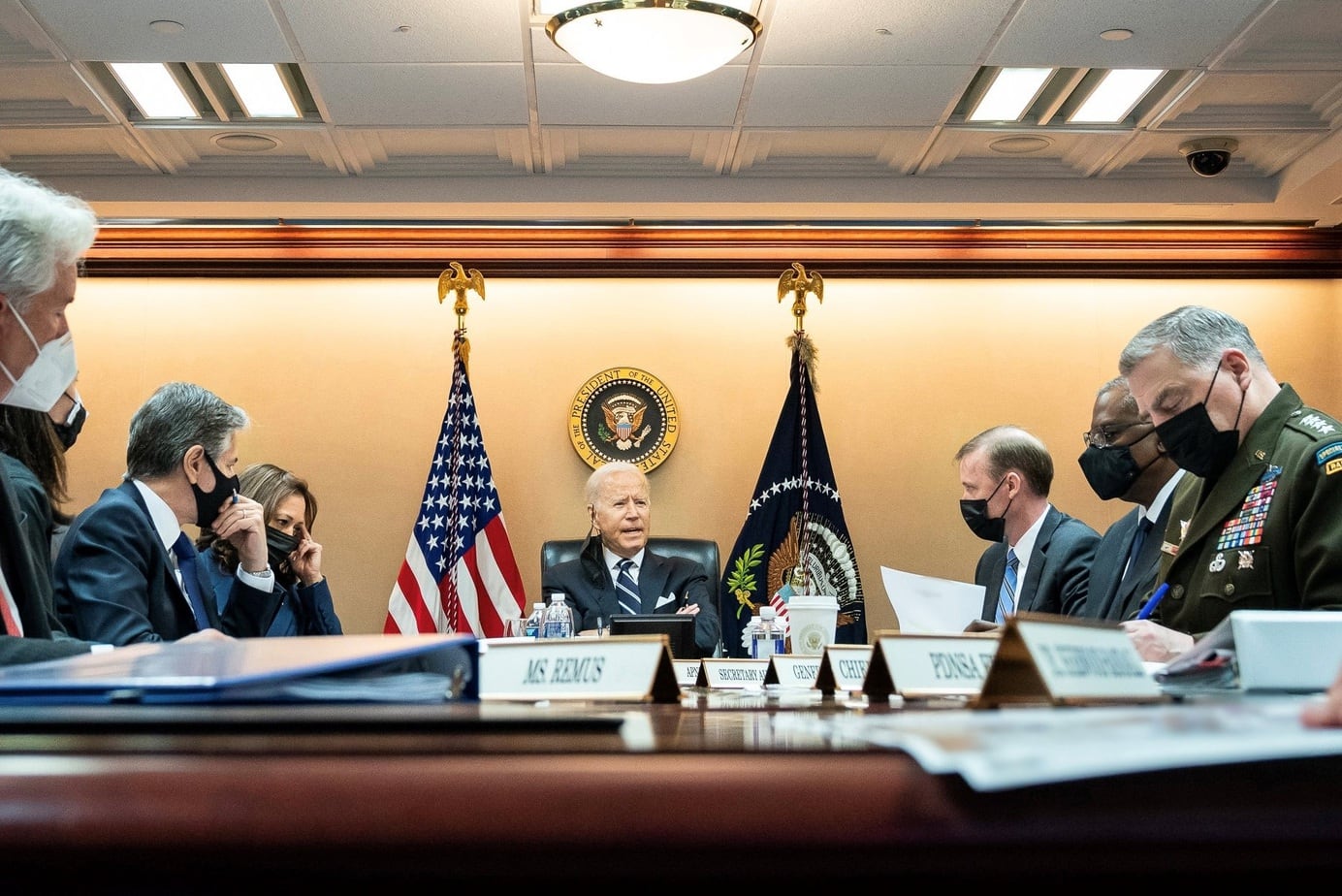 The 1979-81 Iranian hostage crisis defined the Carter administration. Iranian students allied with Supreme Leader Ruhollah Khomeini seized the US Embassy in Tehran and held 52 American diplomats hostage for 444 days. The episode sapped American morale, humiliated the United States on the world stage, and ended any possibility of Carter’s re-election.

The Afghanistan debacle may now make that look like the good ol’ days.

The rapid Taliban advance stranded several thousand Americans in Kabul and across Afghanistan. The US Embassy in Kabul has urged Americans first to shelter in place and then to make their way to the airport for evacuation. It warned, however, that it could not guarantee the safety of the routes to the airport. That may be sage advice: The Taliban have shut off access to the airport. Bold Afghans now share videos via social media of Taliban thugs using whips and pipes to beat men, women, and children who try to go to the airport. Administration officials like National Security Advisor Jake Sullivan, White House Spokesman Jen Psaki, and Secretary of Defense Lloyd Austin refuse to guarantee that they will evacuate all Americans.

It appears that, for the Biden administration, Plans A, B, and C are to beg the Taliban to allow people to pass unmolested. The Taliban agree orally, but then continue their crackdown regardless.

While the press focuses on efforts to enable Americans to get to the airport, they may be missing the bigger picture: The entire city of Kabul is now the equivalent of the US Embassy in Tehran in 1979. If thousands of Americans are left behind in Kabul—a scenario which men like Sullivan seem willing to let occur—they effectively become hostages. The Taliban may be disorganized now but they are slowly consolidating their control. If the White House and State Department hope that order will bring reasoned dialogue, they are foolish. As the Taliban solidify their grip on the country, they will begin to consider the Westerners left behind as hostages over which they can bargain to further America’s humiliation.

The danger grows because the Taliban are not an indigenous force. They may have emerged as a grassroots organization in 1994, but Pakistan quickly co-opted them. They are now proxies of Pakistan’s Inter-Services Intelligence (ISI) agency, the same organ that sheltered a fugitive Usama Bin Laden after the 9/11 terrorist attacks, likely hides his successor Ayman al-Zawahiri today, and also host myriad other designated terrorist groups, many of whom have killed Americans. Pakistani diplomats may deflect blame or feign indigence when challenged on Pakistan’s ties to the Taliban, but the facts speak for themselves. Even if some within in the Taliban are more nationalistic as American diplomats wished to believe, the ISI seeks to humiliate America further. The Pakistani narrative of bilateral relations is deeply anti-American and full of grievance. The ISI is out for revenge.

They may encourage Taliban authorities to accuse some Americans of espionage, and perhaps even mete out justice: Public whippings, stoning, or hanging, for example. By having the Taliban take such actions, the ISI will likely believe that it can maintain plausible deniability. It might also continue the same strategy it has for the last two decades: Charging America for its cooperation on a problem Pakistan itself created. Nor, even if the Taliban execute American hostages in the middle of Kabul’s stadium, would the Biden administration or its successor likely be able to react: After all, if the Taliban hold 5,000 hostages, would the White House really risk their lives to avenge two or three American victims?

Carter did at least try: In April 1980, he launched Operation Eagle Claw to try to rescue American hostages. That attempt met with a tragic end, but any rescue attempt in Afghanistan would be even more difficult. Because Afghanistan is landlocked, the United States would require the goodwill of either Iran or Pakistan, both of whom seek America’s further humiliation, and that assumes the ISI and Taliban decide to keep their American hostages concentrated in a single location.

America now faces its greatest hostage crisis ever, one that the incompetence and denials coming from the White House only compound.