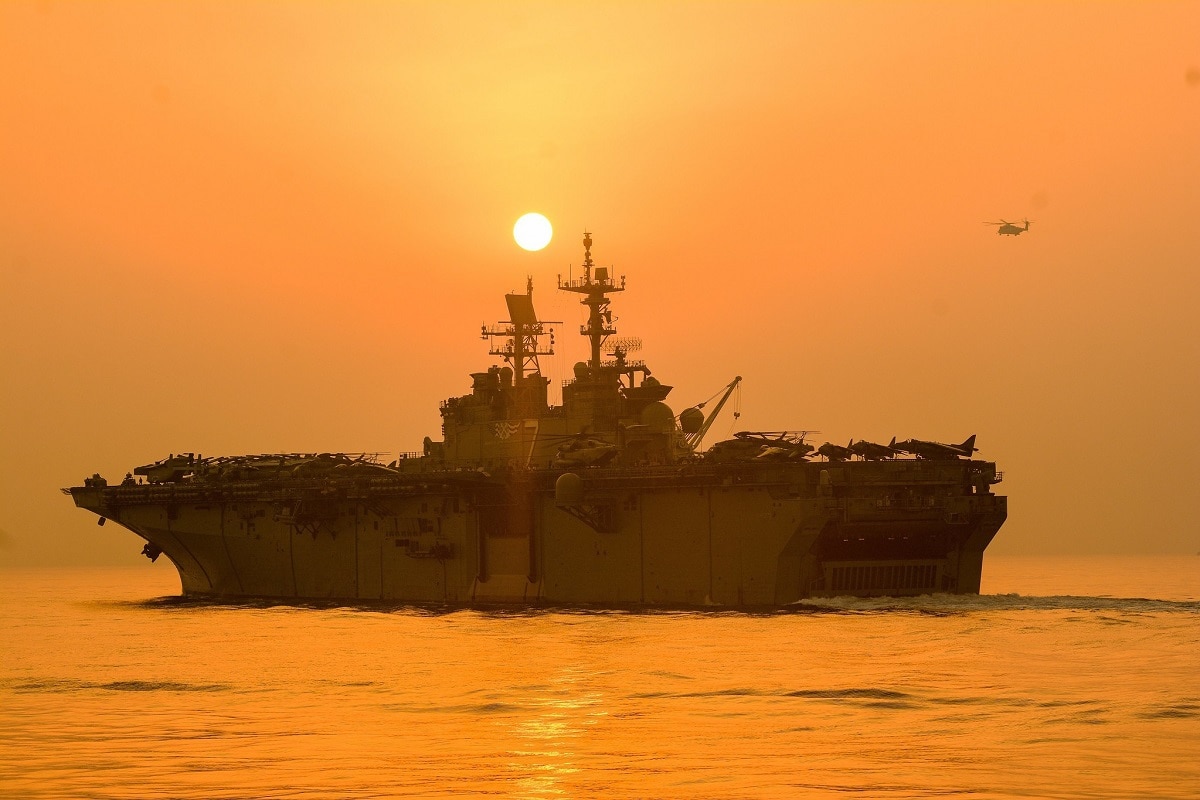 Earlier this year, Navy SEALs and Special Warfare Combatant-Craft Crewmen operators worked with conventional Navy forces in the final certification exercise of the USS Eisenhower Strike Group before it deployed.

During the exercise, Navy special operators were the eyes and ears of the carrier strike group, assisting with over-the-horizon targeting, strategic reconnaissance, and close air support.

As great-power competition with China and Russia heats up, Naval Special Warfare is looking for ways to remain relevant after two decades of counterterrorism operations.

“It’s a race for relevancy and showing up in a way that makes the fleet more survivable and more lethal,” Adm. Hugh Howard, the commanding officer of Naval Special Warfare Command, said during the 2021 West Conference at the end of June.

Howard offered insight into how SEALs and Special Boat Teams are looking to be an asset both in “gray zone” competition and in a potential conflict.

“We’re the Navy’s naval commandos. That’s what we are, and we understand our roots” and are able “to evolve new concepts of how we can contribute,” Howard said.

Back to the Future

Before the wars in Afghanistan and Iraq, SEAL platoons would regularly deploy aboard “Big Navy” ships, usually aircraft carriers, on six-month deployments. If a crisis erupted somewhere around the world, the carrier and its SEAL contingent would deploy there.

Although hard on morale, these deployments allowed Naval Special Warfare to be relevant to the Navy in day-to-day operations.

As the counterterrorism fight slows, Naval Special Warfare is looking to be valuable to the Big Navy again by excelling at the missions that distinguish it from the rest of the US special-operations community — namely, maritime special-operations underwater and on the surface, Howard said.

“It’s about complicating our adversaries’ targeting, undermining their confidence, setting the conditions early inside denied areas … to attrit the enemy,” Howard said. “This is really back to the future.”

When it comes to the underwater domain, the SEAL teams have a great asset in the form of the SEAL Delivery Vehicle.

These mini-submarines are hard to detect, enabling SEAL operators to approach enemy harbors and coasts clandestinely to attack enemy vessels, insert and extract a small team to conduct reconnaissance, or carry out ambushes or raids. SDVs can be launched from regular submarines, surface vessels, and even helicopters.

Naval Special Warfare must “set the conditions to undermine adversary confidence” and provide civilian leaders with diplomatic leverage and flexible response options in a crisis or conflict, Howard said last month. “We’ve got to be up inside our adversaries in a way that complicates their targeting and extends the reach of joint long-range fires.”

China has 18 of the 25 biggest megacities (population of more than 10 million) in the world, several of which are near coasts or close to waterways.

Those megacities are home to critical telecommunication nodes that could be targets for Navy special operators. Russia’s coasts would also be ideal environments for naval special operations.

Naval Special Warfare’s capabilities can also increase the fleet’s survivability by disrupting or tracking enemy targeting capabilities, such as anti-ship missiles and radars.

“If we plan to be successful in addressing nation-state anti-access/anti-denial capabilities, we need to rely on [special-operations forces] and advanced technologies to understand where they are, what they do, and how best to develop kill-chain techniques close up and remotely,” Herm Hasken, a partner and senior-operations consultant at MarkPoint Technologies with extensive special-operations and intelligence-community experience, told Insider.

Naval Special Warfare is also investing in new technologies and equipment, including unmanned aerial and maritime systems, artificial intelligence, and electronic warfare. These investments seek to increase the survivability of commandos and platforms but also increase their lethality.

SEALs and Special Boat Teams aren’t the only ones pursuing such technologies.

So now US special-operations units are looking at how to better leverage those new capabilities and authorities and include them in their missions.

One such effort is the hyper-enabled operator initiative, which aims to give commandos better access to data analytics on the battlefield and improve their situational awareness to enable them to make better, faster decisions.

The HEO initiative also seeks to increase the ability of commandos to understand what is going on around them without adversely affecting their cognitive load or electronic profile.

Passive reconnaissance systems would also give commandos the ability to better operate in contested and congested environments while maintaining tactical situational awareness and gathering data without advertising their presence.

“If I’m a commander that’s being directed to put in a SEAL team to conduct low-profile operations in maritime areas, I would be sending requirements to SOCOM for a combination of passive reconnaissance and situational awareness capabilities that do not bring with it unwanted scrutiny to the team,” said Hasken, who spent time at the National Security Agency as SOCOM’s chief cryptologist.

Most major adversaries are “prolific” surveillance states that use commercial ships, buoys, or even man-made islands for monitoring inside and near their territory, Hasken added.

“At some point or another, SOF teams will encounter an adversary nation’s internal security personnel and capabilities, even in open-water areas,” Hasken said.

In a conflict with Russia or China, the US military won’t necessarily enjoy the military superiority it has had against terrorists and insurgents. 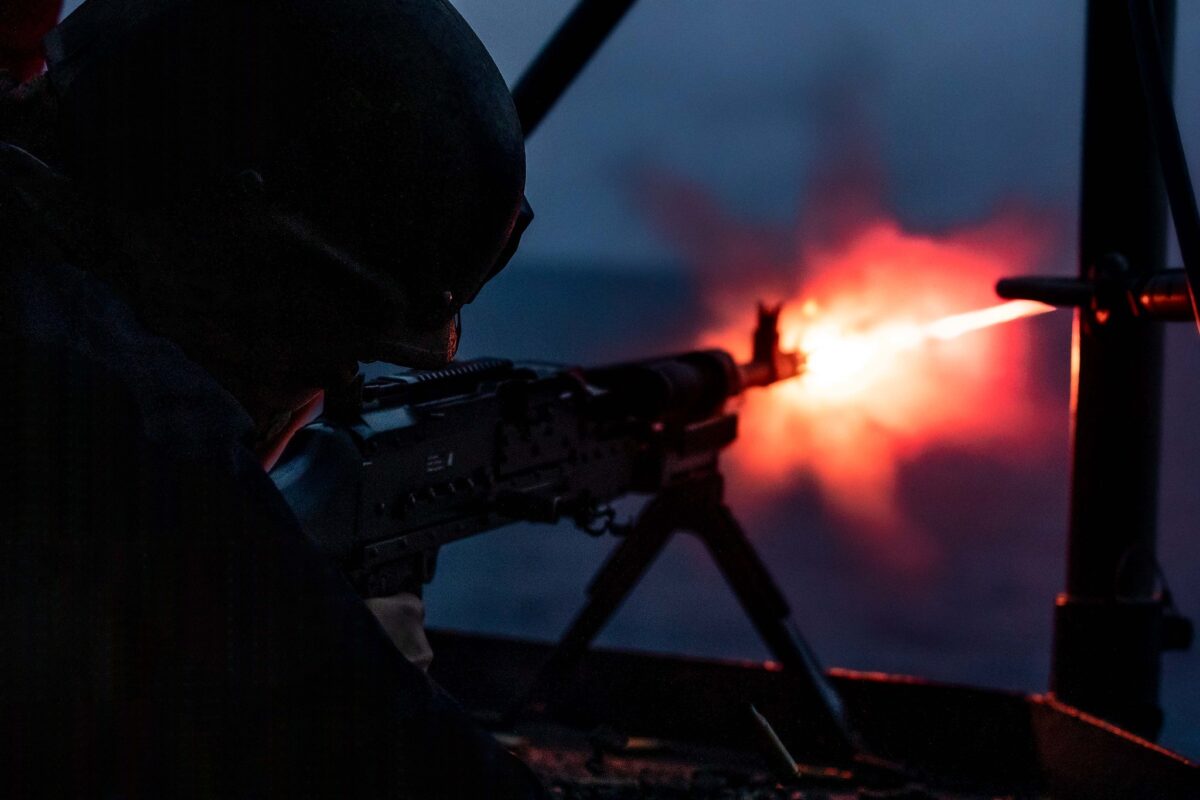 As the US military prepares for such a conflict, SEALs and Special Boat Teams are searching for ways they can remain assets to the Navy in the face of new threats. Their strategic-reconnaissance and direct-action capabilities mean they will still be quite useful.

Stavros Atlamazoglou is a defense journalist specializing in special operations, a Hellenic Army veteran (national service with the 575th Marine Battalion and Army HQ), and a Johns Hopkins University graduate. This first appeared in Insider.