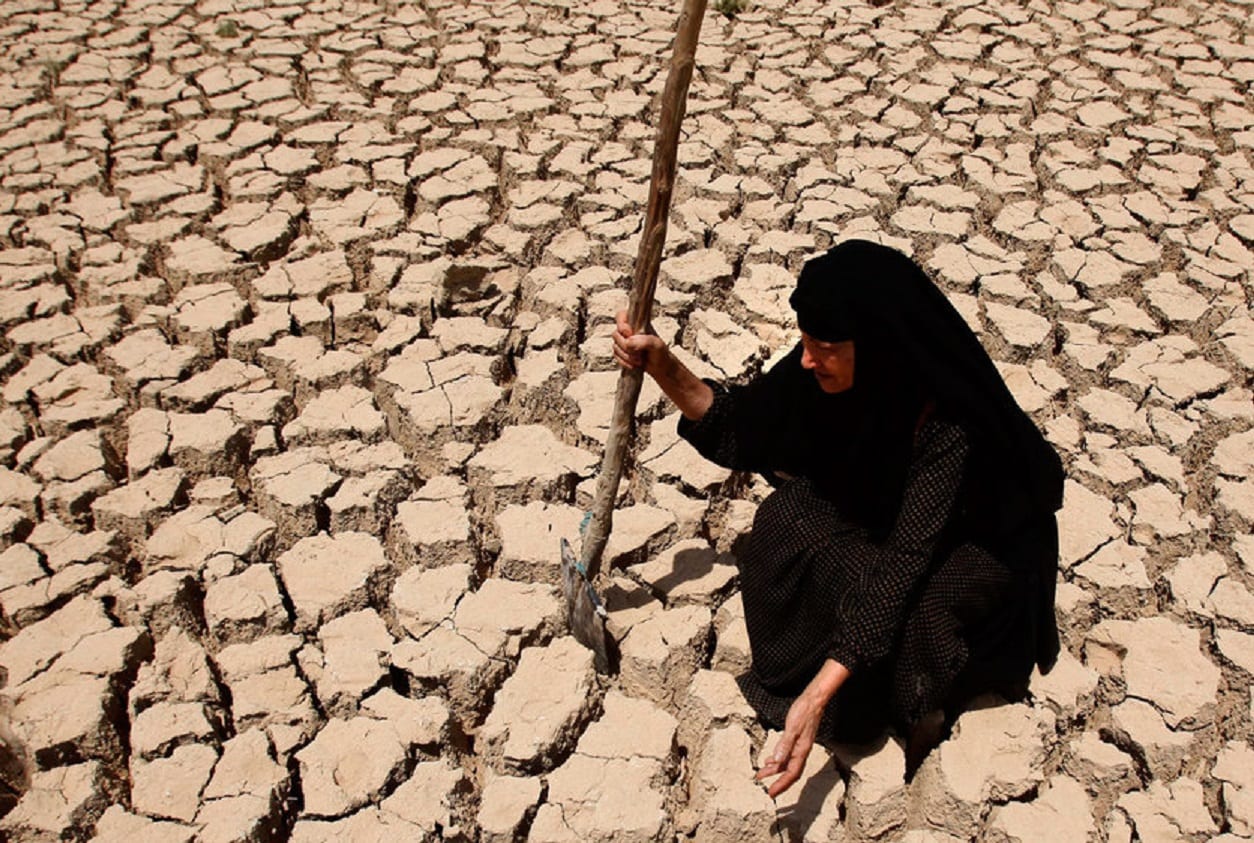 Tehran’s 13 million residents are facing a serious risk, and it isn’t one from a foe such as the United States or Israel – rather nature could reclaim the capital city of the Islamic Republic.

The city, which is the most populous in Iran and western Asia and is currently the second-largest metropolitan area in the Middle East after Cairo, is slowly sinking due to a depleted water table.

An over-extraction of groundwater, made worse by its driest summer in fifty years, has caused soil to shift and settle.

“The disaster is rooted in the fact that 4 billion cubic meters of water are annually extracted from 50,000 wells, a third of which are illegal,” Mohsen Tabatabei, an official with the Ministry of Roads and Urban Development, told local reporters in June, The Los Angeles Times reported.

While one inch of subsidence is considered a serious problem in many parts of the world, in Iran it has been reported that there has been as much as fourteen inches of subsidence in the Greater Tehran region. Subsidence is thought to be the case of the Florida Surfside condo collapse, which killed nearly 100 people. That building’s subsidence rate was just 0.08 inches.

It isn’t just buildings that are in danger. The spike in subsidence has been accompanied by a sharp increase in water scarcity. As a result, Iran is now using more groundwater than can be naturally replenished, which in turn increases subsidence. Additionally, in many wells, the water has become significantly saltier, so much so that only salt-tolerant plants can thrive if irrigated with it.

That has impacted crops, and if the problem grows worse could lead to food shortages in the Islamic Republic.

Tehran is feeling the effects of the drought, but as many of 210 cities across Iran are now classified as “water stressed,” and as a result, there have been ongoing protests, most notably in Khuzestan, the oil-rich province in the southwest of the country. Temperatures now regularly top 123 degrees, and while the region is home to many rivers, most are drying up due to the heat and overuse.

The problem has gotten so dire in the south that many Iranians have flocked to the cooler Northern provinces near the Caspian Sea, while others have immigrated to Turkey. It will likely get worse, even as Iran has built dozens of dams to mitigate water shortages. In the desert climate, water evaporates quickly and temperatures are predicted to increase by four degrees over the next 40 years, while precipitation in the region could fall by 35 percent in the same time period.

More than three-quarters of Iran’s land is now under extreme groundwater overdraft – where the rate of human consumption is higher than the rate of natural recharge – and it is expected that within a few decades the whole of the country will be facing similar problems. Mismanagement by the country’s authorities has exacerbated the problems, and researchers recently noted that without urgent action the country faces a national crisis – a potential humanitarian crisis.

“The continuation of unsustainable groundwater management in Iran can lead to potentially irreversible impacts on land and the environment, threatening the country’s water, food, and socioeconomic security,” said Samaneh Ashraf, a former Horizon postdoctoral researcher now at the Université de Montréal and co-author of a recent paper published in the Nature journal Scientific Reports.

The authors of the paper further noted Iran is uniquely at risk due to its natural environment, growing population, and ineffective governance, but other countries could soon face similar issues.

“Iran’s example clearly shows that we need to be careful how we manage our water because one bad decision can have a huge domino effect. And if the problem is ignored, it will easily get out of control,” explained Ali Nazemi, an assistant professor in the Department of Building, Civil and Environmental Engineering at Université de Montréal.

“It also illustrates the importance of environmental justice and stewardship,” added Nazemi. “These are even more important when addressing the problem of climate change.”