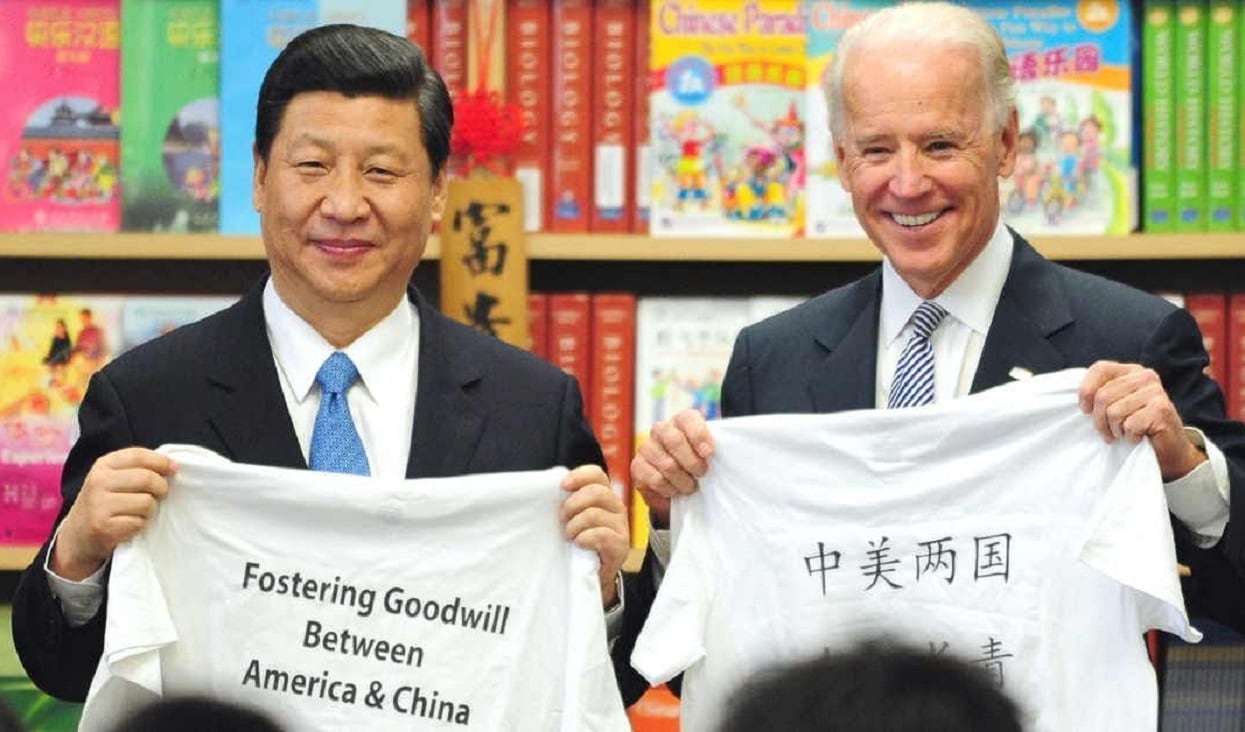 Reuters reports that in late August a senior defense official had talked with a Chinese general in a video call conducted over the U.S.-PRC Defense Telephone Link.

A “U.S. official” speaking without attribution told the news organization that the purpose of the communication was “to focus on managing risk between the two countries.” It was the first mil-to-mil conversation with China in the Biden administration.

There is only one way for the U.S. to “manage risk” with a militant regime, and it does not involve hotline conversations.

According to the Reuters report, Michael Chase, deputy assistant secretary of defense for China, spoke to Major General Huang Xueping, deputy director for the Office for International Military Cooperation of the People’s Liberation Army.

“Both sides agreed on the importance of maintaining open channels of communication between the two militaries,” the unnamed official told Reuters.

In general, there is nothing wrong with the U.S. talking with the Chinese military. After all, the Pentagon talked to the Soviets throughout the Cold War, sometimes over the hotline put in place in August 1963 following the Cuban Missile Crisis. As is often said, direct communication reduces the chances of misunderstanding, something especially important in a time of crisis.

The Chase-Huang call, however, was the result of weeks of negotiation and preparation and is unlikely to accomplish its goal, namely, paving the way for immediate communication in the event of a crisis. Conversation with China’s military during the last three decades has been especially difficult. As the Economist notes, “communications were routinely broken off just when they were needed most—during crises such as those over Taiwan in 1996, America’s bombing of China’s embassy in Belgrade in 1999, and the EP-3 incident in 2001.”

Chinese officers did not answer the phone when their American counterparts called in the immediate wake of the collision between a Chinese jet and a U.S. Navy EP-3 near China’s Hainan Island in April 2001. No one in China wanted to talk to the American side before top leaders established their political line on the crisis.

An agreement establishing a U.S.-China hotline for emergency military communication was inked in February 2008, but there has been no major crisis since then. Therefore, Americans still don’t know whether the Chinese side will pick up the receiver when needed.

“The Chinese Communist Party has no history of hotlines to its enemies for good reason,” China military analyst Richard Fisher told 1945. “China wants to dominate and intimidate its enemies and control any negotiations following a military crisis. For the Communist Party, responding to a hotline call holds the risk of losing the initiative and losing the conflict.”

As Fisher, a senior fellow of the Virginia-based International Assessment and Strategy Center, points out, there are few reasons to think the hotline will help in the crises of the future.

Even in peaceful times, conversation with China’s regime has proven to be difficult. As Reuters reports, Secretary of Defense Lloyd Austin has not yet spoken to his Chinese counterpart “in part because there was a debate about which Chinese official was Austin’s counterpart.” In fact, Austin has no counterpart, and in China, unlike America, there is no state military.

Really? The Chinese state does not have an army. The People’s Liberation Army reports to the Communist Party. Americans may think this is an unimportant distinction, but the Party vociferously—and continuously—maintains that the PLA is not a state army.

In any event, August was the wrong moment for Deputy Assistant Secretary Chase to talk to Major General Huang according to Jim Fanell. Fanell, a retired U.S. Navy captain who served as director of Intelligence and Information Operations of the U.S. Pacific Fleet, points out the Pentagon initiated the calls but did not, as a prerequisite, set “conditions” on China’s behavior. China’s armed forces, Fanell said in comments to 1945, has in recent days been “ramping up its intimidation against our friends and allies in the Western Pacific.”

“The Biden administration is returning to a policy of unconstrained and unaccountable engagement with the People’s Republic, all in the name of diplomacy,” said Fanell, now a noted China commentator. “This policy strategy had a forty-year run and by any measure it failed.”

Fanell is correct. Over the course of four decades, Americans worked hard to engage the Chinese state in the hopes of integrating it into the liberal international system, to make it a “responsible stakeholder,” as Deputy Secretary of State Robert Zoellick famously said in a 2005 speech.

As China grew stronger, it did not become benign, however, and now Xi Jinping apparently believes he can do what he wants. China’s top two diplomats, Yang Jiechi, and Foreign Minister Wang Yi, made that clear when they traveled to Alaska to meet Secretary of State Antony Blinken and National Security Advisor Jake Sullivan in the middle of March. “So let me say here that, in front of the Chinese side, the United States does not have the qualification to say that it wants to speak to China from a position of strength,” Yang said in his opening remarks.

Beijing has repeated the America-cannot-stop-us narrative numerous times since, such as in an authoritative August 10 People’s Daily piece titled “U.S. No Longer Has the Position of Strength for Its Arrogance and Impertinence.”

When China believes it does not have to listen to others, seeking conversation is the last thing Washington should do. Seeking conversation, unfortunately, only feeds Chinese arrogance and reinforces the notion in Beijing that Americans must have China’s cooperation, in other words, that China has a veto over American policy.

A 1945 Contributing Editor, Gordon G. Chang is the author of The Coming Collapse of China and The Great U.S.-China Tech War. Follow him on Twitter @GordonGChang.