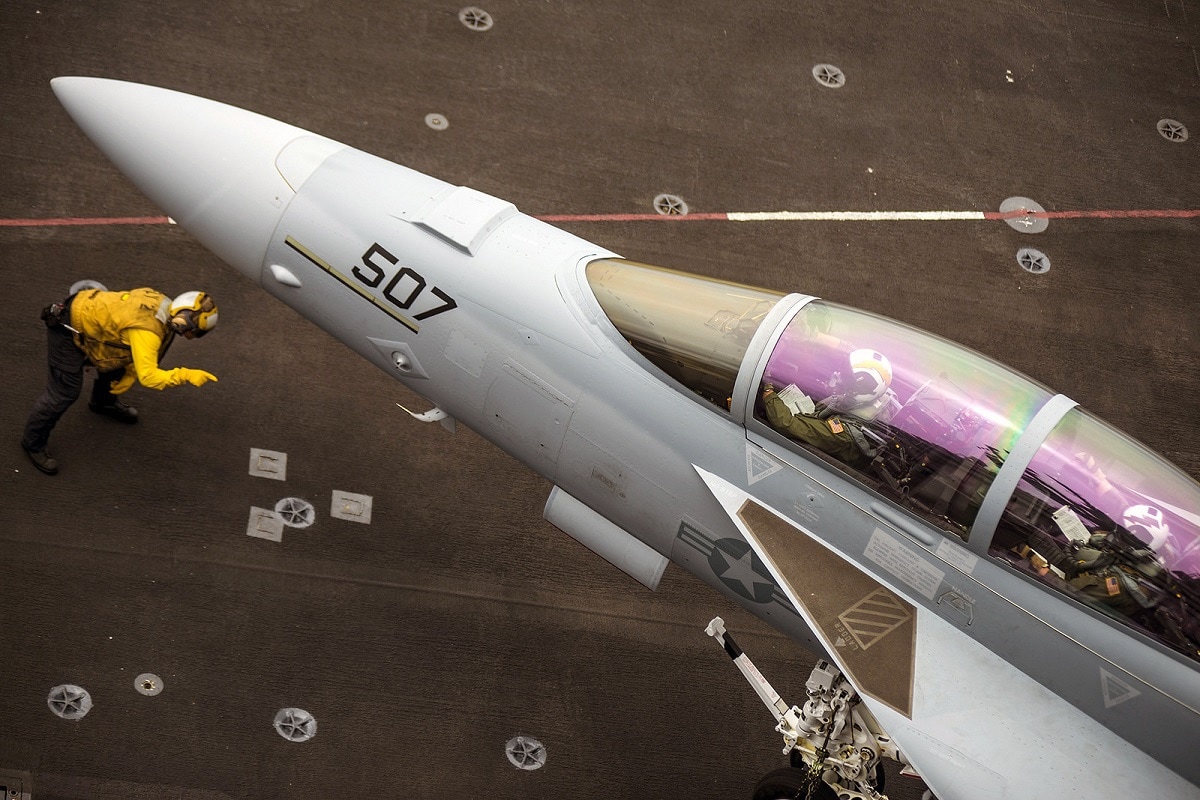 August 2021 isn’t even half over, and already it is going to be one to remember for the sailors aboard the U.S. Navy’s Nimitz-class aircraft carrier USS Carl Vinson (CVN-70). Earlier this month, the carrier departed San Diego Bay with nearly 6,000 military personnel onboard, as well as with a crowded flight deck, as the warship was beginning a scheduled deployment to the Indo-Pacific region.

It marked a major milestone for 21st-century naval aviation, as embarked on the carrier was Carrier Air Wing 2, the Navy’s first fully-integrated air wing to deploy overseas with both the Lockheed Martin F-35C Lightning II and the new CMV-22B Osprey long-range tiltrotor.

The aircraft carrier and other ships assigned to the Carl Vinson Carrier Strike Group (VINCSG) arrived in the Hawaiian Island Operating Area on Sunday to take part in the aptly named Large-Scale Exercise (LSE) 2021.

“LSE at its core is leveraging integrated fighting power of multiple naval forces to share sensors, weapons and platforms across all domains” said Rear Adm. Dan Martin, commander, CSG 1 said in a statement.

“Contemporary naval doctrine demands a shift of focus from the individual carrier strike group to a fleet-centric approach. During LSE 2021, CSG 1 assets will participate in live and virtual events designed to combine the art of science and naval warfare into a joint-force training platform.”

According to the U.S. Navy’s Pacific Fleet, VINCSG began LSE 2021 with a coordinated long-range maritime strike exercise. That and other events are meant to ensure that U.S. naval forces are able to maintain maritime advantages against long-term competitors seeking to undermine rules-based international order.

“This is the first large-scale exercise held in decades and I am excited about the high-end integration of the carrier, and all that it brings, at sea,” said Capt. P. Scott Miller, Vinson’s commanding officer. “Carl Vinson and our embarked air wing are trained and ready to participate in the first Naval and amphibious large-scale exercise conducted since the Ocean Venture NATO exercises of the Cold War.”

“Large Scale Exercise is a true demonstration of Navy and Marine Corps readiness to fight and our flexibility to control and project sea power,” said Capt. Gilbert Clark, commander, DESRON 1. “During this time of strategic competition, we routinely deploy credible and capable Naval forces ready to protect and defend American interests.”

LSE began on August 3 and will run through August 16, with the aim of the drills to test the ability of the United States to counter both Russia and China simultaneously in the European and Indo-Pacific theaters. It allows the participating warships and crews to employ precise, lethal and overwhelming force globally across three naval component commands, five numbered fleets and 17 time zones. The first iteration initially provided high-end training at sea and ashore involving only U.S. participants; however, future training will evolve into a triennial exercise that will include U.S. allies and partners. 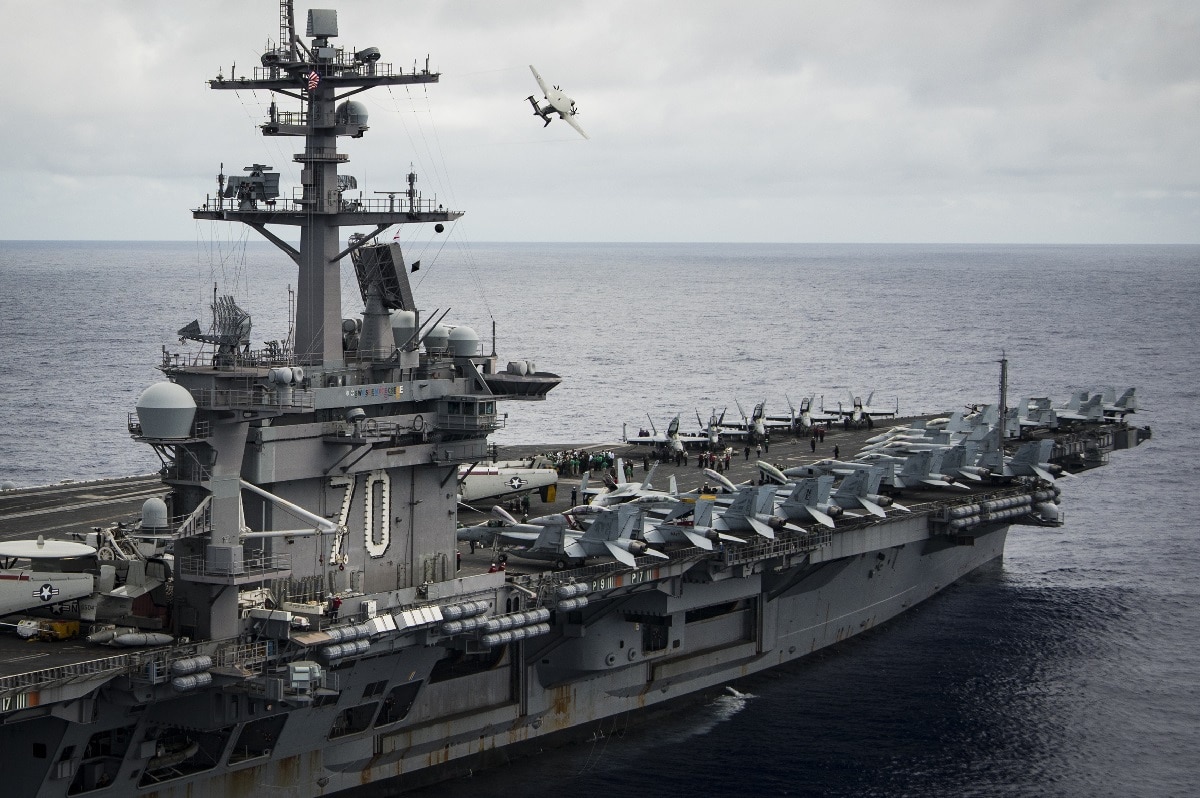 “LSE 2021 allows us to validate newly developed technologies, techniques, and procedures that allow the Navy and Marine Corps to effectively fight, win, and deter potential adversaries,” added Capt. Tommy Locke, commander, CVW-2. “Our efforts to synchronize the Navy and Marine Corps’ surface and air units across all domains distribute lethality and survivability across the force.”

This is the largest United States navy exercise held since 1981. It was originally scheduled for 2020, but was postponed due to the Covid-19 pandemic.