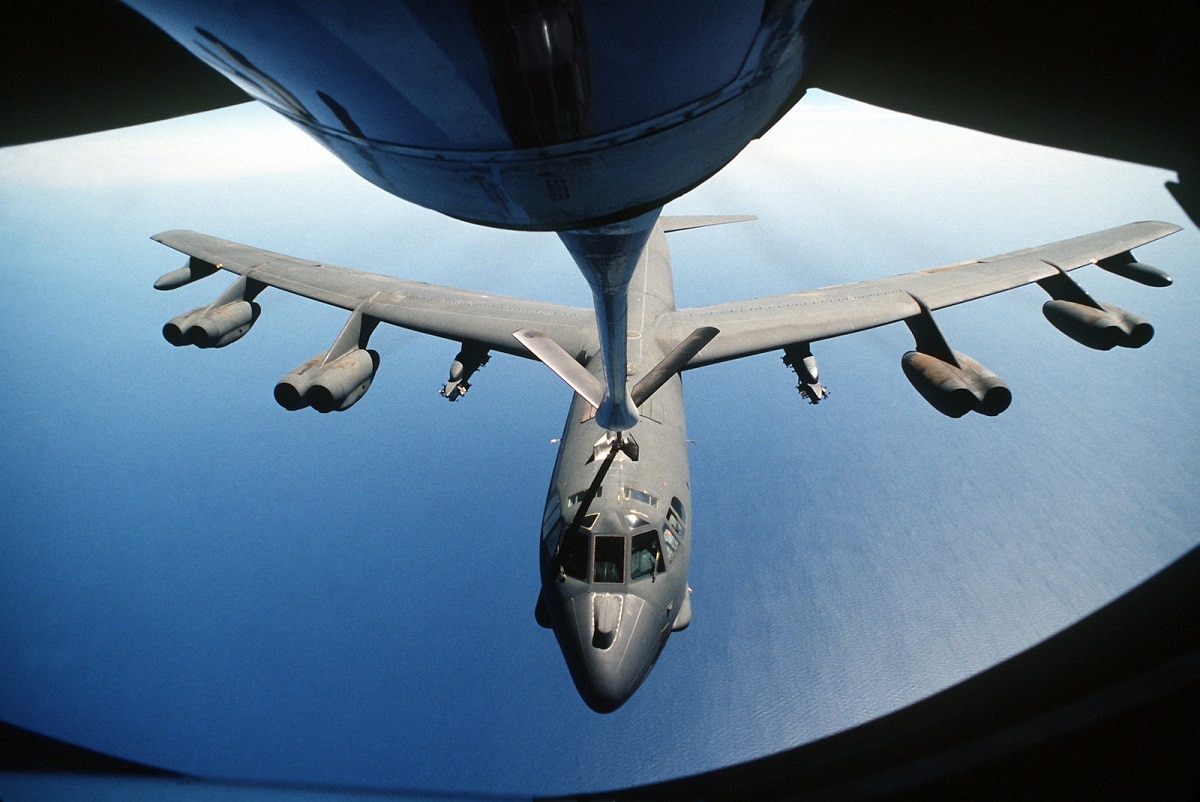 America’s “longest war” may be coming to an end, but the United States Air Force continued to support Afghan military partners last week when a U.S. B-52 Stratofortress “pounded” Taliban positions in Afghanistan’s western Herat province.

The insurgent group, which the U.S. and coalition forces drove out of control of the Afghan government in late 2001 after the Al Qaeda attacks on 9/11, has gained ground across the nation in recent months.

Friday’s strike took place on the outskirts of Herat City, and as a result, it closed down all air travel to the remote part of the Central Asian nation.

“Unfortunately, all flights to Herat have been canceled due to the fighting and the information we have received suggest that a B-52 was used in the fighting yesterday (Friday) in Herat,” provincial lawmaker Habib Ur Rahman Pedram told Arab News over the weekend.

No additional information, including the number of casualties or the scale of the attack, was provided by local officials, but on Sunday, Asian News International (ANI) – the Indian news agency – reported, “at least 200 Taliban terrorists were killed as the result of the US airstrike.”

This marks at least the second time that B-52 bomber(s) were apparently engaged in combat operations against the Taliban since the U.S. withdrawal of forces earlier in July. The U.S. military reportedly deployed the long-range, Cold War-era nuclear-capable bomber against Taliban forces in Spin Boldak near the Pakistan border killing five Taliban fighters.

While the vast majority of U.S. personnel have left the region, it was back in April that two B-52H Stratofortress bombers were deployed from Minot Air Force Base (AFB), North Dakota to Al-Udid Air Base, Qatar to support the withdrawal of U.S. forces. The bombers, which were accompanied by support airmen from the 5th Bomb Wing, were deployed to the U.S. Central Command region, which has been providing the necessary force protection to ensure that the drawdown would be conducted in a safe and orderly manner.

Minot AFB is one of two military installations in the U.S. that is home to the B-52 bomber, with the other being Barksdale AFB in Louisiana. The United States Air Force maintains a fleet of fifty-eight B-52H bombers in active service, while eighteen more remain in reserve. Thanks to a steady stream of updates, the bomber will be taking to flying until the 2040s or later. By the time the B-52 is finally retired, the great-grandchildren of the original pilots who first took flight in the B-52 could be behind the controls of the final aircraft to take to the skies.

Afghanistan is essentially in a state of civil war, and violence has increased significantly since May 1, when the Taliban launched a new offensive as U.S. forces began their withdrawal. The extremist group has captured several districts and now controls more than half of the nation’s total 419 district centers, as well as several vital border crossings.

The B-52 had played a crucial role in toppling the Taliban from power twenty years ago, but it is unlikely it will help the group from regaining control of Afghanistan.

In April, President Joe Biden announced the United States will withdraw all forces from Afghanistan by Sept. 11, which will mark the twenty-year anniversary of the 9/11 terror attacks. It was in October of 2001 that U.S. forces began their invasion of Afghanistan.

In this article:Afghanistan, B-52, B-52 Bomber, Military, Taliban, U.S. Military