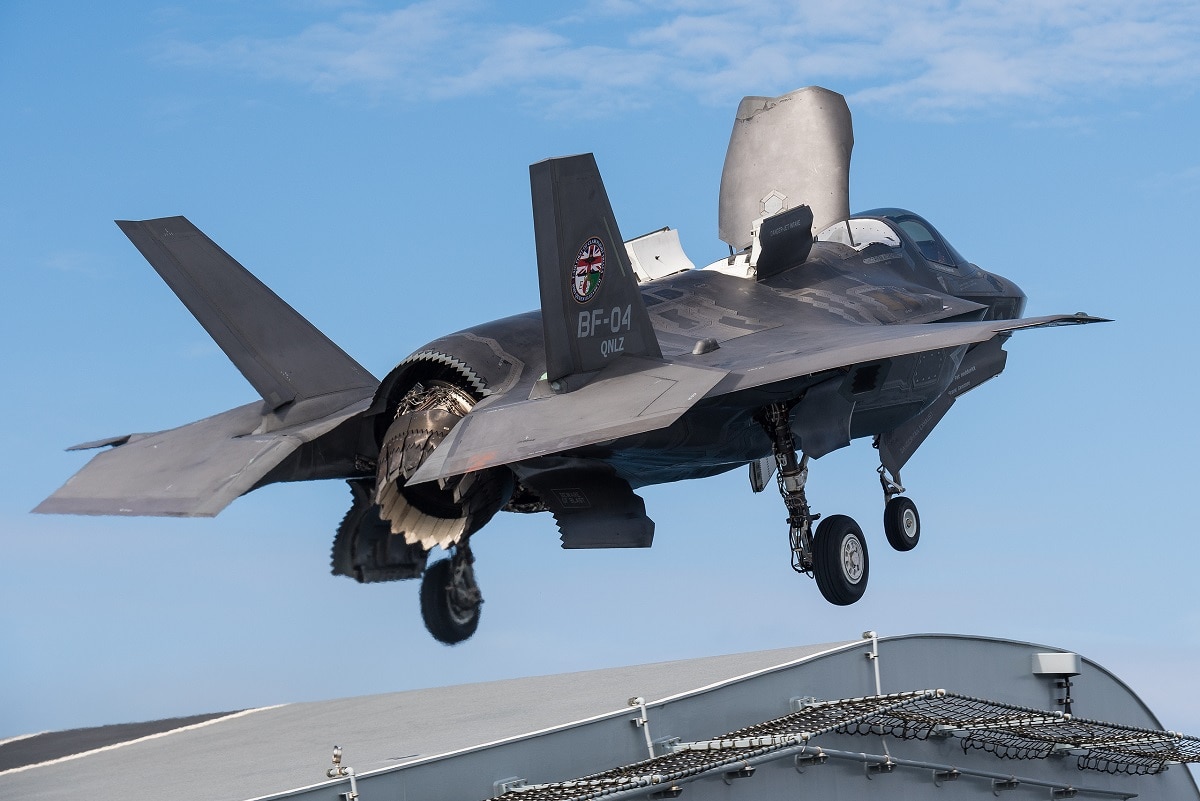 A deployed US Navy aircraft carrier sailed into the South China Sea this week carrying F-35 stealth fighters in a first for the service.

The strike group is now in the South China Sea and conducting maritime security operations, the US Navy said in a press statement Tuesday.

The Navy released a photo Tuesday of an F-35 assigned to the “Argonauts” of Strike Fighter Squadron (VFA) 147 launching from the Carl Vinson.

The F-35A is a variant built for the Air Force. The F-35B, mainly used by the Marine Corps, is designed to fight from amphibious assault ships. And the C variant is designed to operate aboard US Navy carriers. It can carry more fuel and weaponry and is built for catapult launches and fly-in arrestments.

Chinese state-affiliated media outlet Global Times reacted negatively to the Carl Vinson’s arrival in the South China Sea, calling it a “provocative deployment” and reporting that the Chinese military is on alert.

Chinese military statements on US Navy activities, however, have been primarily focused on the Arleigh Burke-class guided-missile destroyer USS Benfold, which conducted a freedom-of-navigation operation near Mischief Reef in the Spratly Islands, contested territory claimed by China.

“The United States will continue to fly, sail, and operate wherever international law allows, as USS Benfold did here,” US 7th Fleet said in a statement. “Nothing [the People’s Republic of China] says otherwise will deter us.”

While Chinese military statements have of late been focused primarily on the Benfold, China regularly bristles at the presence of US carrier strike groups in the South China Sea.

When the US Navy conducted dual aircraft carrier operations in the South China Sea last summer, for instance, the Chinese foreign ministry accused the US of deliberately flexing its muscles in a show of force that it said undermined peace and stability in the region.

The US has repeatedly criticized China for its assertive, coercive, and destabilizing behavior in the South China Sea.

“We need to find ways to pressure and raise the pressure, frankly, on Beijing to abide by the United Nations Convention on the Law of the Sea, and to challenge its bullying and excessive maritime claims,” Vice President Kamala Harris said in Vietnam last month.

Seventh Fleet said Wednesday that China’s “behavior stands in contrast to the United States’ adherence to international law and our vision for a free and open Indo-Pacific region.”

Ryan Pickrell is a senior military and defense reporter at Business Insider, where he covers the Pentagon and defense-related issues from Washington, DC. This first appeared in Insider here.