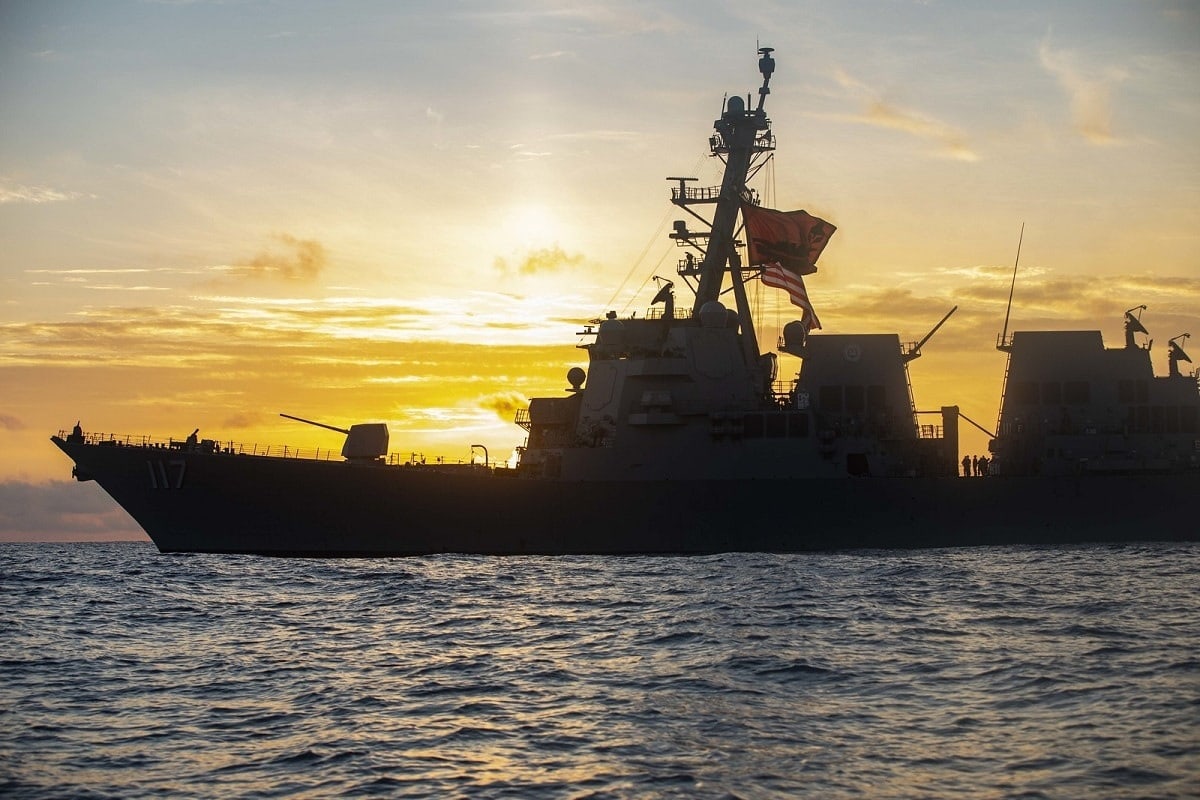 Prior to the Covid-19 pandemic, Alaskan cruises were popular for those who wanted to see untouched nature and take in the brisk clean air. Last month, a few Chinese sailors from the People’s Liberation Army Navy may have enjoyed the sights and fresh air as well – but not as tourists. They were part of a flotilla that was likely Beijing’s way of warning that the United States that it now has blue water capabilities and can sail where it wants.

While the U.S. didn’t openly welcome the Chinese, according to Bertholf’s commanding officer Captain Tim Brown, the interactions between the U.S. and Chinese vessels were “safe and professional,” while verbal communications were in accordance with international standards set forth in the Western Pacific Naval Symposium’s Code for Unplanned Encounters at Sea and the Convention on the International Regulations for Preventing Collisions at Sea.

Already the U.S. military has had to deal with Russian military aircraft routinely flying over the neutral waters of the Bering Sea and Bering Strait while also testing the proverbial waters to see how close to U.S. territory they can get. Now it appears that China could begin to take similar actions, and it shows the PLAN’s rapid development in far-sea capabilities.

The Chinese state-owned Global Times reported on Tuesday that a four-ship PLAN task force, which included a guided-missile cruiser, a guided-missile destroyer, a general intelligence vessel, and an auxiliary vessel, had sailed within the U.S. Exclusive Economic Zone (EEZ), off the coast of the Aleutian Island on August 29 and 30.

The U.S. Coast Guard didn’t identify the PLAN warships, but the Global Times added that it was believed that it was the same flotilla that the Japan Maritime Self-Defense Force (JMSDF) had sported on August 24 as the vessels passed through the Soya Strait from the Sea of Japan on an eastward course. The flotilla consisted of the Type 055 destroyer Nanchang, the Type 052D destroyer Guiyang, a Type 903A supply ship with hull number 903, and a surveillance ship with hull number 799. Ryan Chan, the international news correspondent for the Hong Kong Oriental Daily newspaper, shared images of the vessels via social media.

The flotilla was led by the 10,000 ton Nanchang. China and other countries classify the Type 055 warship as a destroyer, but the U.S. military has classified it as a cruiser (NATO/OSD Renhai-class cruiser). The Type 055 features a multi-mission design that also enables it to undertake expeditionary missions and to serve as the primary escort for Chinese aircraft carriers.

As previously reported, the Type 055s should be seen as quite formidable: the class has a number of stealthy features that reduce the class’ radar cross-section, including a specially contoured hull, bow, and deckhouse that enclose the ship’s smokestack, anchor chains, mooring points, and other features that would be more easily picked up by radar. The warships are both longer and wider than the United States Navy’s Arleigh Burke-class destroyers, have a greater displacement, and are heavily armed, with an estimated 112-128 Vertical Launch System cells that can house multiple smaller surface-to-air defensive missiles, or larger land attack and anti-ship munitions.

This won’t likely be the last time that the U.S. military should expect to see the Type 055 near its waters – no doubt a response to U.S. presence in the South China Sea, which Beijing has made clear it sees as sovereign waters.