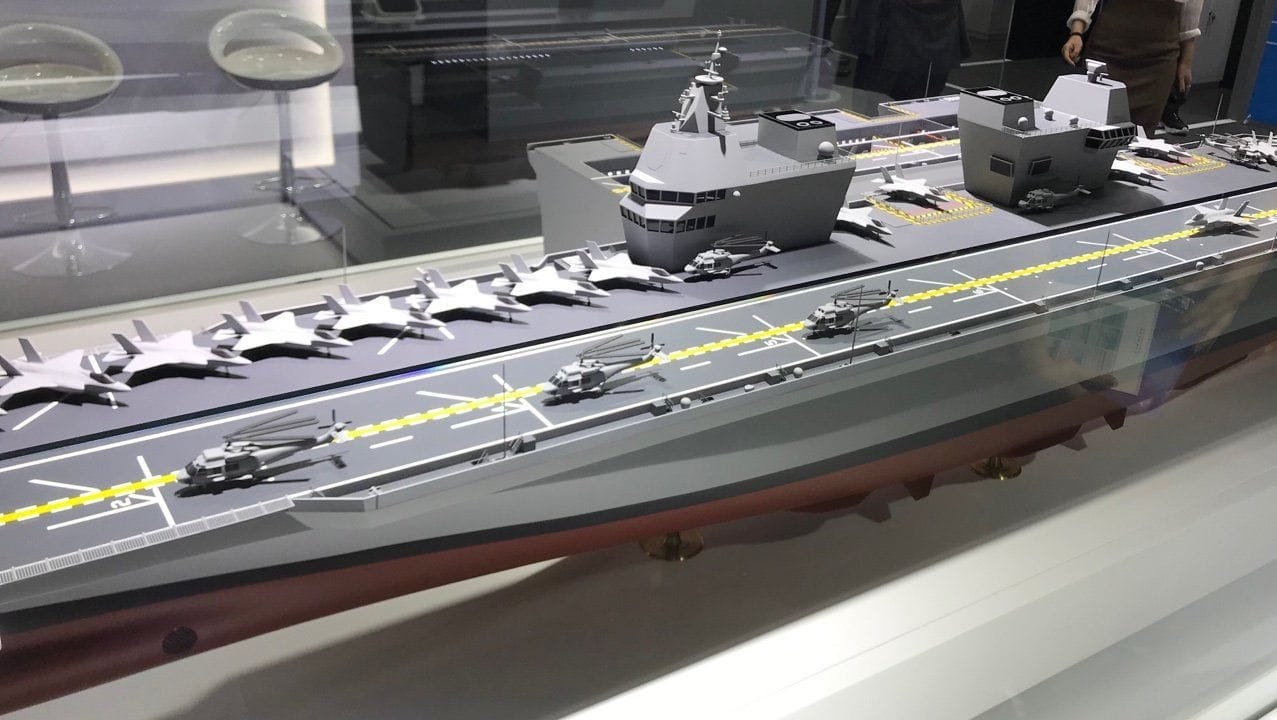 The Royal Navy may no longer be the largest in the world, but it is hard not to appreciate the significance it has played on the world stage, and more importantly in naval innovation. Even in the 21st century, the United Kingdom remains a noted shipbuilder – and that is why this week South Korean shipbuilder Hyundai Heavy Industries (HHI) has turned to the UK-based Babcock International to assist in the development and potentially the construction of South Korea’s first domestically-built aircraft carrier.

The two companies have already cooperated on the conceptualization stage of the future carrier, and on Wednesday, Babcock announced that it signed a Memorandum of Understanding (MoU) with HHI, reaffirming the partnership to develop the Republic of Korea’s (South Korea’s) CVX aircraft carrier program.

The HHI and Babcock partnership is competing to win a government contract, and the fact that Babcock has experience with carriers could give it an edge. However, HHI’s competitor in the CVX project, DSME, has recently forged a similar alliance with Italian shipbuilder Fincantieri, Naval News reported.

“The MoU with Babcock develops the relationship between a leading aerospace, defence and security company and the number one shipyard in the world,” said Ka Sam-hyun, CEO, Korean Shipbuilding and Offshore Engineering (KSOE), the holding company of HHI. ‘Through this MoU, we will establish a stable foundation to integrate cutting edge technology into the Republic of Korea’s first light Aircraft Carrier build. Furthermore, the capability of both companies will help to grow future technology opportunities in the global market.”

“As a lead partner within the Aircraft Carrier Alliance that designed, built and delivered the Queen Elizabeth-class carriers for the UK, we are delighted to be able to sign this Memorandum of Understanding with HHI,” said Howie.

“Babcock has the proven capabilities to deliver large scale complex programmes and by affirming our already strong relationship with Hyundai Heavy Industries, the world’s largest shipbuilder, our collaborative and complementary skills and expertise can deliver a cutting edge sovereign Aircraft Carrier capability to the Republic of Korea,” Howie added. “Through our growing in-country business, continued long-term investment in our facility in Busan and collaboration with key partners both in Korea and internationally, Babcock is committed to supporting Korean industry in delivering the CVX Aircraft Carrier Programme for the Republic of Korea. We look forward to continuing to work closely with all stakeholders and partners involved in this effort.”

The signing of the MoU coincided with the Royal Navy’s deployment of the HMS Queen Elizabeth aircraft carrier strike group to South Korea. Earlier this week the strike group took part in joint naval exercises with the ROK Navy in Korean waters.

What the UK Brings to the Table

South Korea has sought to build an aircraft carrier as a way to contribute to regional security alliances or multi-national expeditions, both symbolically and materially. A partnership with the UK could certainly take some of the burden off of HHI, which has no previous experience with such a warship.

“Partnering with Babcock will facilitate the integration of advanced technology onto HHI’s aircraft carrier,” explained William Davies, associate defense analyst at GlobalData, via an email. “Babcock was a lead partner within the Aircraft Carrier Alliance, which designed and built the Royal Navy’s two Queen Elizabeth-class (QEC) carriers currently in service. There are two significant design similarities between the HHI potential design and the QEC – the notable ski jump and signature twin-island design.”

According to GlobalData’s latest report, “South Korean Defense Market Attractiveness, Competitive Landscape and Forecasts to 2026,” South Korean defense expenditure is forecast to increase to $60bn by 2026 from the current $43.7bn.

“South Korea is likely to increase its spending in the coming years to counter a number of threats, and its acquisitions budget will be increasing significantly – allowing it to make large purchases including its forthcoming aircraft carrier,” added Davies. “The development of an aircraft carrier and increase in overall military spending will enable the ROK to project greater regional power. While South Korea’s greatest threat has historically been North Korea, China’s growing assertiveness in the South China Sea and increasing hostility between the US and China means that greater military capability will be needed.”