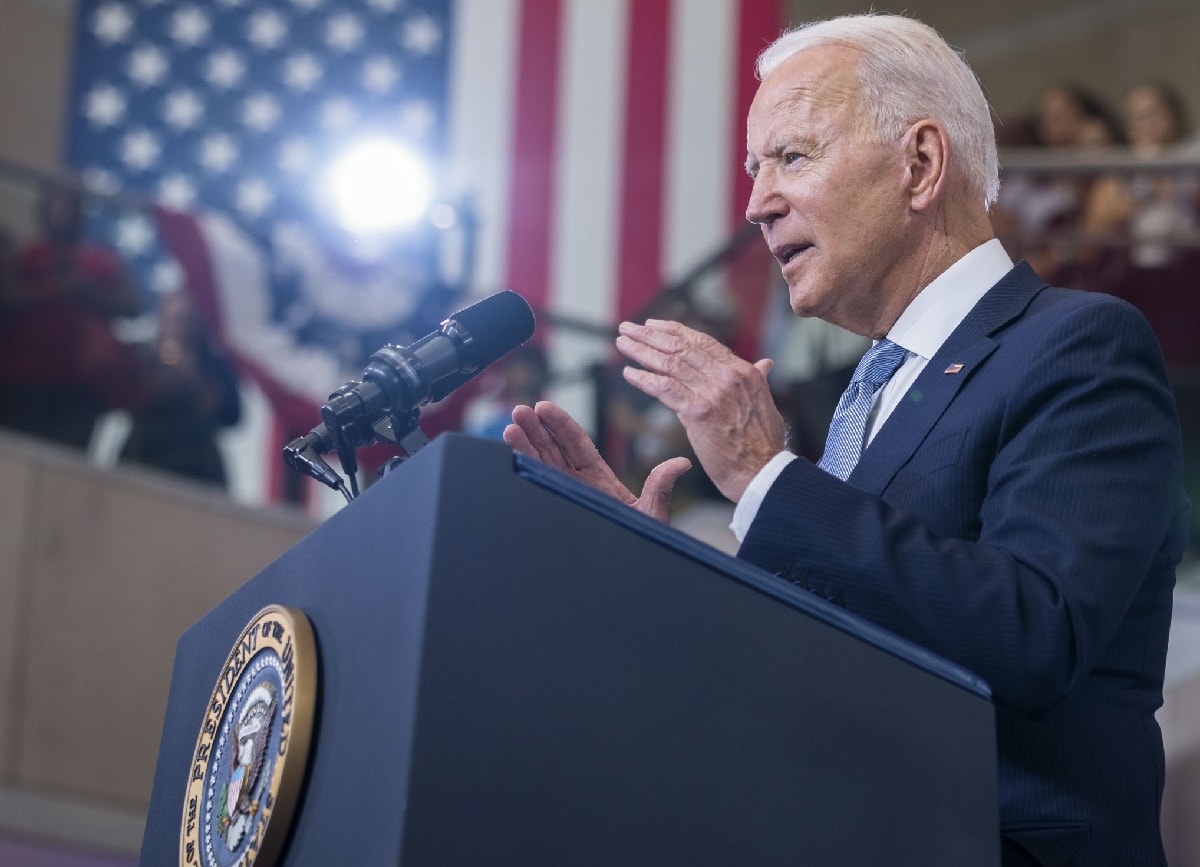 Recent pronouncements from the Biden administration suggest China, once again, will be the biggest beneficiary of Taliban terrorism. History is not only rhyming for Beijing, it is, thanks to American obliviousness, repeating.

“Well, I think many countries in—immediately neighboring Afghanistan and in the broader region, including China, have interests in Afghanistan,” said Secretary of State Antony Blinken in New Delhi on July 28, answering a question from Zakka Jacob of CNN-News18. “And as it happens, those interests largely align.”

Since Blinken’s optimistic comments, the Biden administration has gone out of its way to enlist China’s support, especially because it is known that Beijing has robust ties with the Taliban. In fact, on the day of the secretary of state’s interview in New Delhi, China’s Foreign Minister Wang Yi met with Mullah Abdul Ghani Baradar and other senior Taliban leaders in the Chinese port city of Tianjin.

The U.S. has a long history of ignoring Beijing’s bad acts to obtain Chinese cooperation with regard to the Taliban. “Throughout much of 2000, the Bush campaign argued for a move away from the ‘constructive strategic partnership’ of the Clinton administration toward a more realistic ‘strategic competition’ with China,” Stephen Yates, deputy national security advisor to Vice President Richard Cheney, told 1945. “Through the first eight months of the first Bush term a great deal of effort was invested in redefining and resetting U.S. policy toward China, consistent with the campaign.”

The unacceptable conduct of the People’s Liberation Army and Chinese ruler Jiang Zemin during the EP-3 incident in April 2001 helped harden the thinking in the early Bush White House.

The emergency of 9/11 changed the administration’s perspective, however. “The tone and content of Bush administration dealings with China returned to the emphasis on cooperation over competition,” Yates reports. Moreover, Yates says that “as the Global War on Terror emerged as the dominate international priority, and counter-proliferation challenges from North Korea to Pakistan to Iran leaped to top-tier concerns, the President and national security principals argued that competition with China was a long term reality but in the immediate term cooperation with China was essential to address these pressing national security demands.”

The view then was that China’s assent was essential to the solution of every major issue and that Beijing would integrate itself into the international community as it worked to find solutions. China, many hoped, would eventually become a “responsible stakeholder” in the international system, as then-Deputy Secretary of State Robert Zoellick outlined in a 2005 speech.

Unfortunately, Beijing calculated its interests differently and continued to see itself both as an outsider and as an adversary of the existing international order. It took advantage of the situation, persuading the Bush administration to declare Uyghurs terrorists and to send, without justification, 22 of them to Guantanamo.

Moreover, Beijing firmly sided with the Taliban, continuing its partnership with the terrorist group. The Beijing-Taliban link had been established before 9/11 and continued in the wake of that horrific event.

China even helped the terrorist group, after it was ousted from Kabul, to kill American and NATO troops by supplying the shoulder-fired HN-5 and other surface-to-air missiles, anti-aircraft guns, landmines, rocket-propelled grenades, parts for roadside bombs, large-caliber sniper rifles, and millions of rounds of ammunition. Some of these items were even shipped directly from China’s factories.

Moreover, Beijing never stopped undermining U.S. interests. As late as the end of last year, an Afghan ring of China’s spies worked with the Haqqani Network. The Trump administration believed that the Chinese members of that ring were offering cash to kill American troops in Afghanistan. The ring was broken up only last December when Afghan authorities detained its Chinese members.

It was wrong, both from strategic and moral points of view, for American presidents to look the other way while Beijing was working to kill Americans. Similarly, it is wrong today for the current president to seek Beijing’s help in working with the Taliban for various purposes.

Despite what Secretary Blinken says, the interests of the U.S. and China do not “align,” in Afghanistan or anywhere else for that matter. American policymakers should not ignore what the Communist Party says about America. People’s Daily, in May 2019 carried a piece declaring a “people’s war” on the United States.

Beijing has stepped up rhetorical assault on the U.S. since then. On August 29, for instance, People’s Daily accused Washington of launching “barbaric” attacks on China. A week before, Global Times, a nationalist tabloid controlled by People’s Daily, charged the U.S. with working with China’s “enemies.”

For years, Americans ignored what Osama bin Laden said about America. All that changed, of course, during the morning of September 11, 2001.

Now, Americans are again ignoring what an enemy is saying about them. When China kills Americans in even greater numbers, they should not be surprised. In fact, People’s Daily in May 2019 issued a commentary titled “United States, Don’t Underestimate China’s Ability to Strike Back.” Beijing in that commentary stated this: “Don’t say we didn’t warn you!” Jim Lilley, the late U.S. ambassador to Beijing, said China always telegraphs its punches.