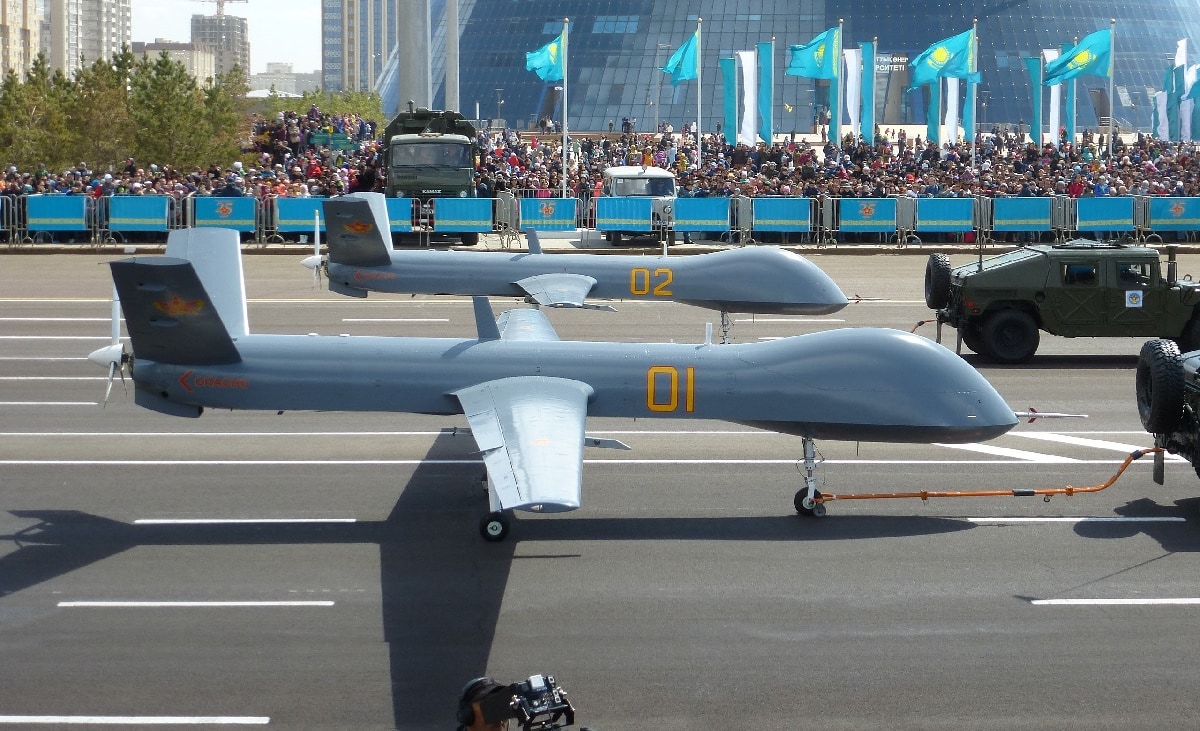 Even as the Taliban has become the de facto government of Afghanistan, the former insurgent group does not have full control over the country. Anti-Taliban forces have made a gallant stand in Panjshir province, north-east of Kabul. While the U.S. and coalition forces had provided the former Afghan government with air support, now it seems the Taliban are also getting some international assistance.

The BBC reported this week that claims have emerged in recent days that Pakistani drones have been used to aid the Taliban, and have even targeted anti-Taliban positions. The UK media outlet cited Afghan journalist, Tajuddin Soroush, who said he was told by Panjshir Governor Kamaluddin Nizami, “That Pakistan had bombed the Panjshir valley in Afghanistan with drones.”

Soroush first shared his claims on social media on Sunday, and other users responded with images that were purported to be Pakistani drones. Additional claims highlight that targets were struck from the air, and that only Pakistan has the capability to carry out such attacks.

The Taliban have denied that any bombing had taken place, but the Indian-based WION reported that Pakistan’s Inter-Services Intelligence (ISI) head Lt. Gen. Faiz Hameed had been in Kabul to meet with Taliban leadership prior to the alleged attacks.

Indian and Iranian news outlets have reported Pakistani involvement in the attacks, and that has included “misleading photos” of Pakistani hardware that was allegedly used. However, a spokesman for the Pakistani armed forces, General Babar Iftikhar, told the BBC they were “complete lies” and called it “irrational propaganda from India,” adding, “Pakistan has nothing to do with what is happening inside Afghanistan, be it Panjshir or anywhere else.”

A question that has been repeatedly asked is what sort of drone capability might Pakistan possess. The nation actually became the fourth military after the U.S., UK, and Isreal to use an armed drone in active combat. The Pakistan Air Force (PAF) currently operates the NESCOM Burraq, a domestically-developed drone that entered service in 2013; and Pakistan has publicized that it has employed its drones against militant forces operating in its own territory, in the North Waziristan tribal region in 2015.

There have also been media reports from earlier this year that Islamabad had also taken delivery of at least five CH-4 drones from China. The drones are capable of staying airborne for up to 30 hours, and are equipped with anti-tank missiles that can be used against ground-based targets. It is roughly similar to the U.S.-made MQ-1 Predator.

The CH-4 has been widely exported, and Saudi Arabia, United Arabs Emirates (UAE), Jordan, Iraq, Nigeria, Algeria, Egypt and Myanmar are other nations that operate the drone; while both Saudi Arabia and UAE have used the CH-4 in operations against the Houthi rebels in Yemen.